Hi guys! Its Tiffany here again with the next polish I want to show you, which is China Glaze’s “It's a Trap-eze!” He he he!! The name makes me think of Sheldon on Big Bang Theory doing his Admiral Ackbar impression. :P This one is from the Cirque du Soleil: Worlds Away Collection from Winter 2012. If you love it, it is still available on Nail Polish Canada (just in case you want to know). This is one coat on top of the same white polish “French White” by Quo by Orly (with top coat). If your curious about the white base I used, I wrote a little mini-review on the last post. 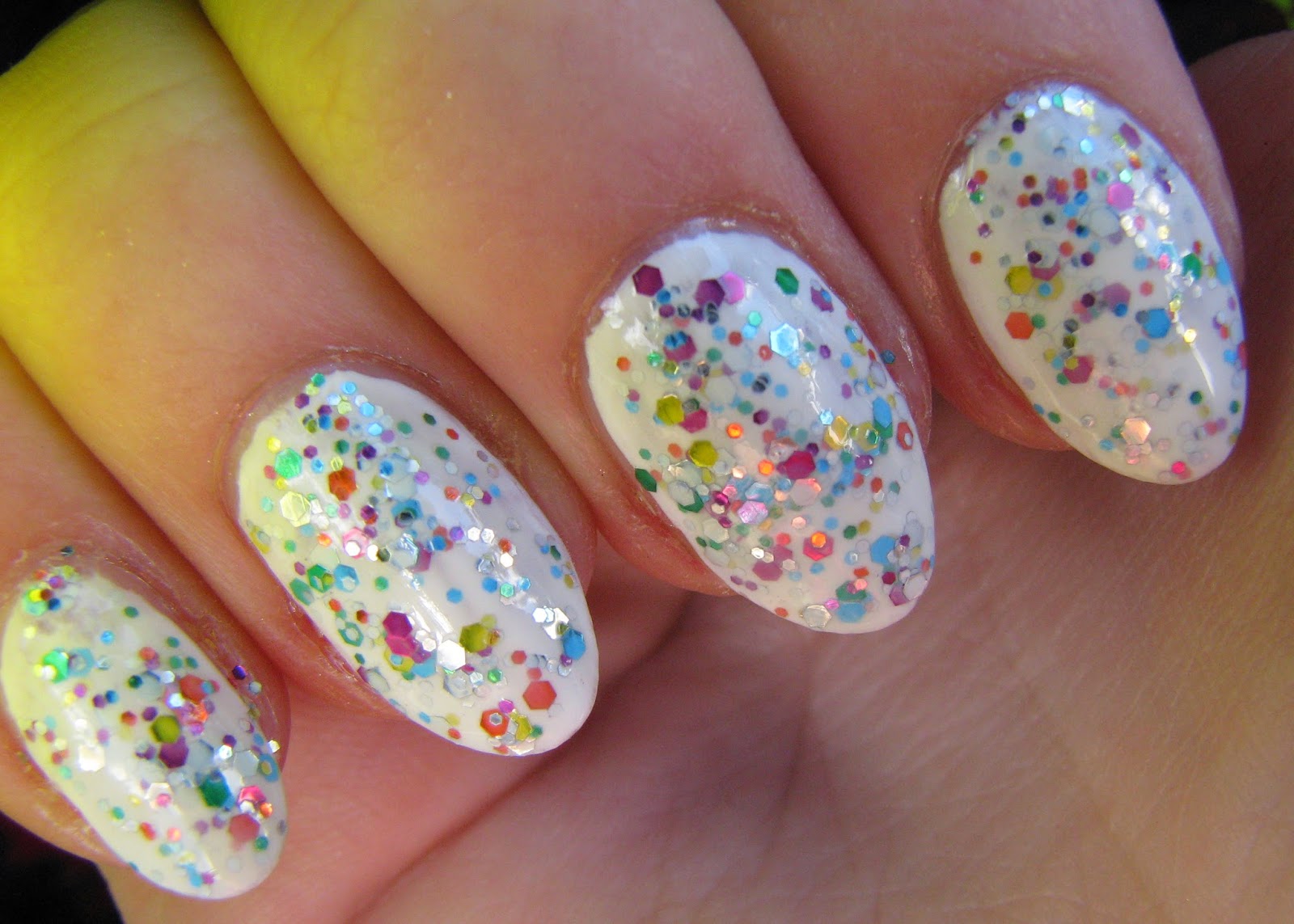 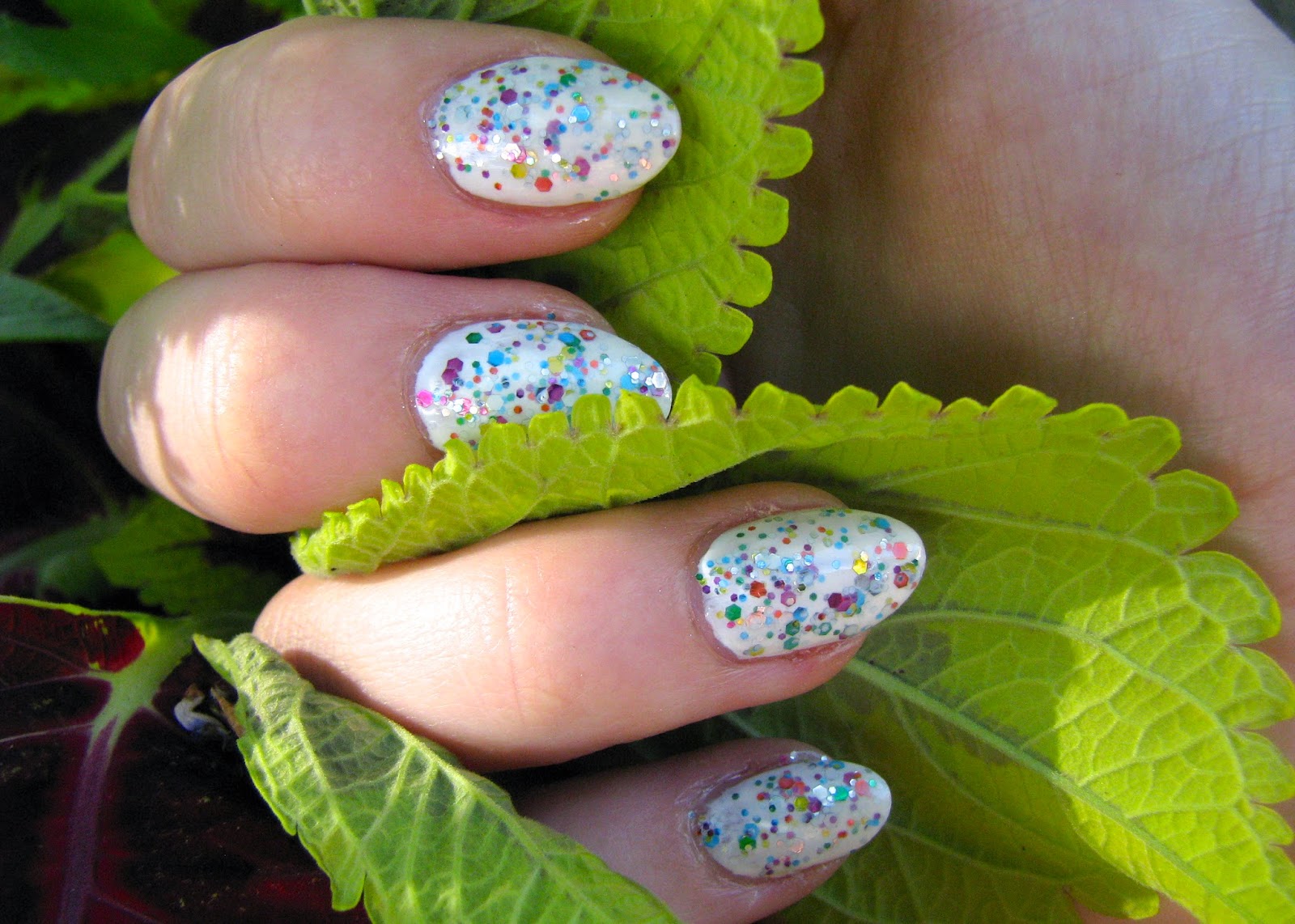 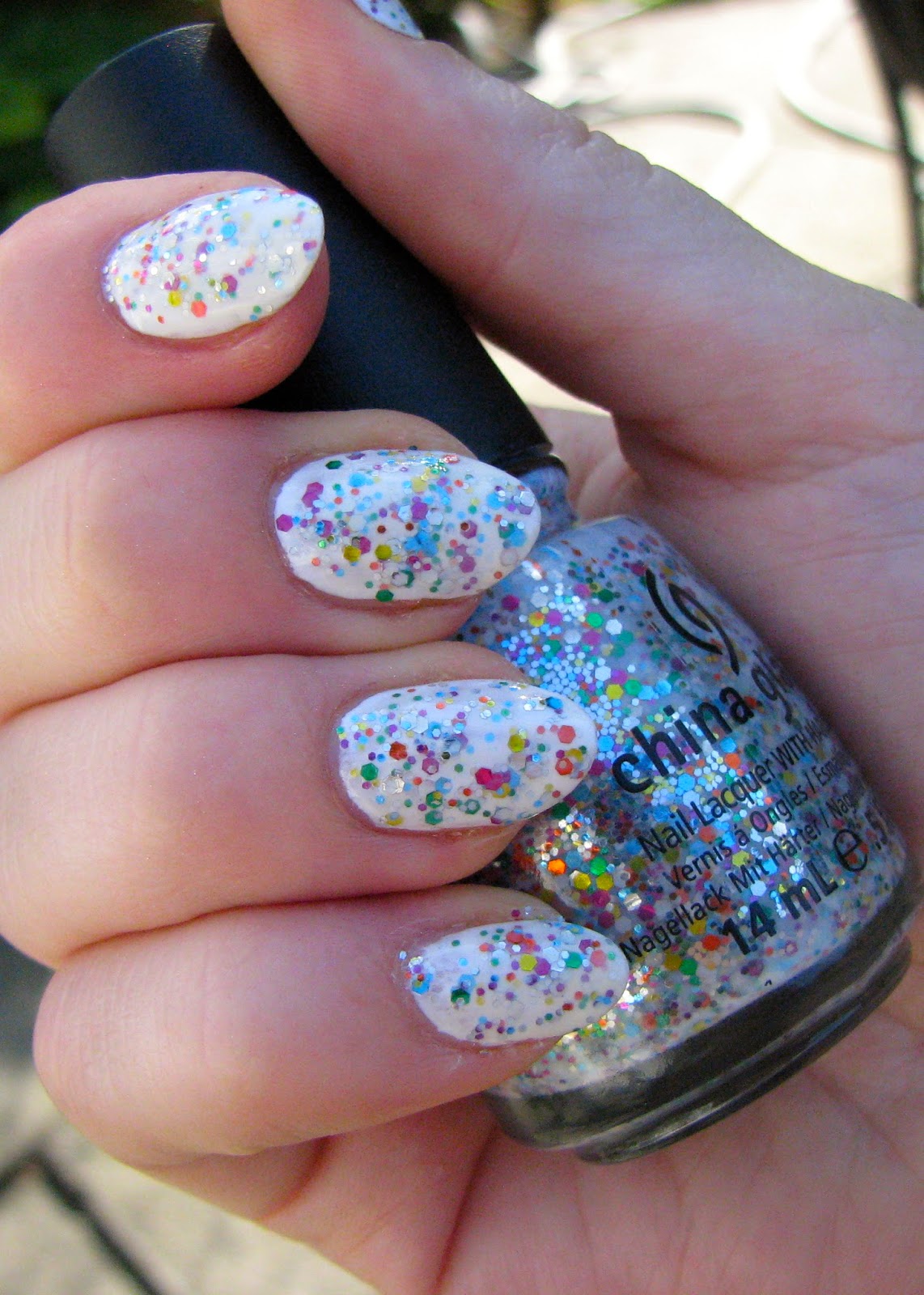 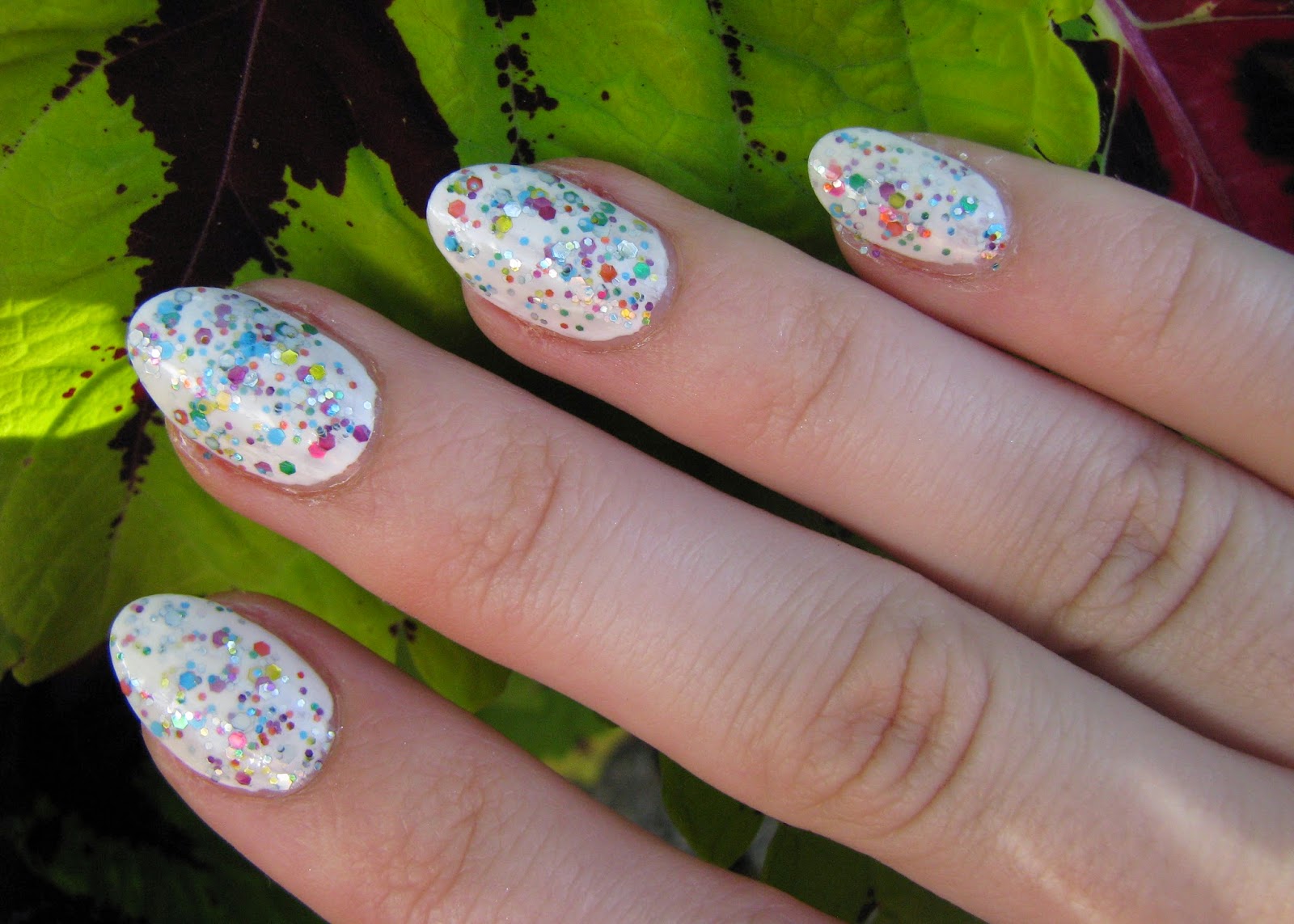 So I actually think this polish photographs quite well, but I don’t really like it in person. In fact, the name is about the only thing I really like about it. There is a grey base in the polish that is pretty much non-existant, so that as far as I can tell, this polish is not going to build up to any opacity on its own. In person the glitter is also really really reflective and boarder-line blinding. The glitter also refused to go on evenly and I had to do the dab and spread technique to fill in the gaps.  The colors of the glitter are kind of fun, although I personally think there is too many colors in there. I know Sharra didn’t really like this one either so hopefully we can find it a good home where someone will use it and love it.

This totally looks way better than back when I tried to swatch it without a white base. Live and learn!

(She takes way better photos than me, I'm gonna have to step up my game...)