Hey guys!! Sooo this is what I've been wearing on my nails all last week! But I couldn't show you until I got pictures of it in direct sunlight to show off the holo awesomeness!! That took a week! I kid you not. No sunshine for a week. Ugghhh winter woes already!!

So Enchanted Polish's Yesterday is a holographic duochrome that is impossible to describe... Where do I even start?? Well it is primarily a grape purple colour. In some lights it shifts between purple and orange with basically no in-between colours. And in other lights you get a beautiful red wine colour between the two. Every now and again while I was in the car (I have no idea why but only in the car) I got this orange to greeny/yellow shift that was fabulous too! This polish has major multiple personalities!! I tried to get a photo of every facet of this polish to show you and hopefully I succeeded!

As for the nail art I used my now usual saran wrap transfer method, where I paint on a cd covered in saran wrap and then peel off my decals and stick them on the nail like any other decal. The pumpkins are painted with Spa Ritual's Conduit and the tops of the pumpkins are Butter London's Wallis. The black is a dollar store striper.

I put one coat of Yesterday over one coat OPI black onyx and seche vite on top. A few of the nails got two coats of seche vite because the decals ended up a little rough and then I got some shrinking because I did that. So if the cuticle region looks a bit messy to you, that's why.  Also some of these photos were taken after a week, so there's a bit of tip wear showing. As I said before, no sunlight. All freakin' week. 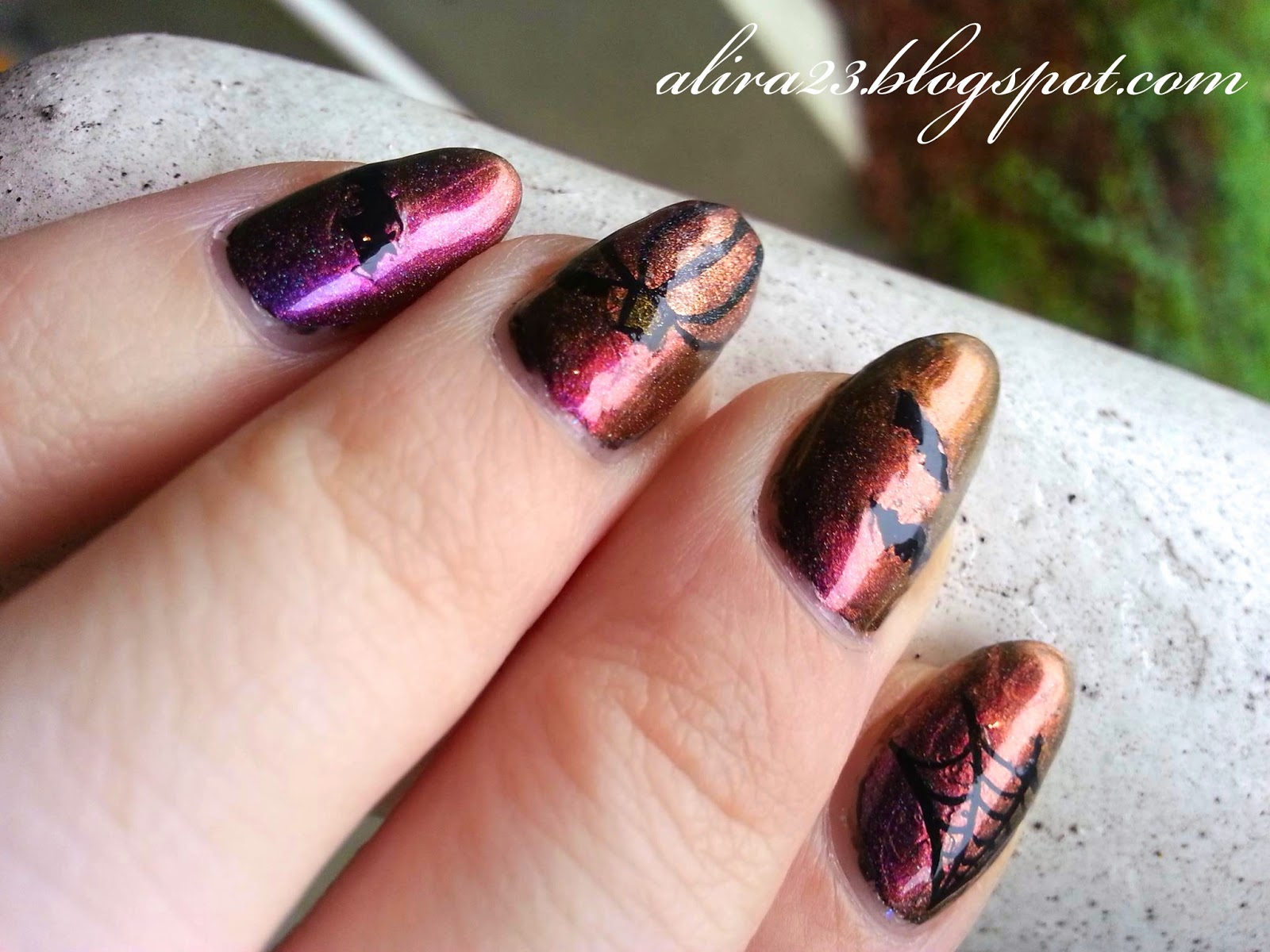 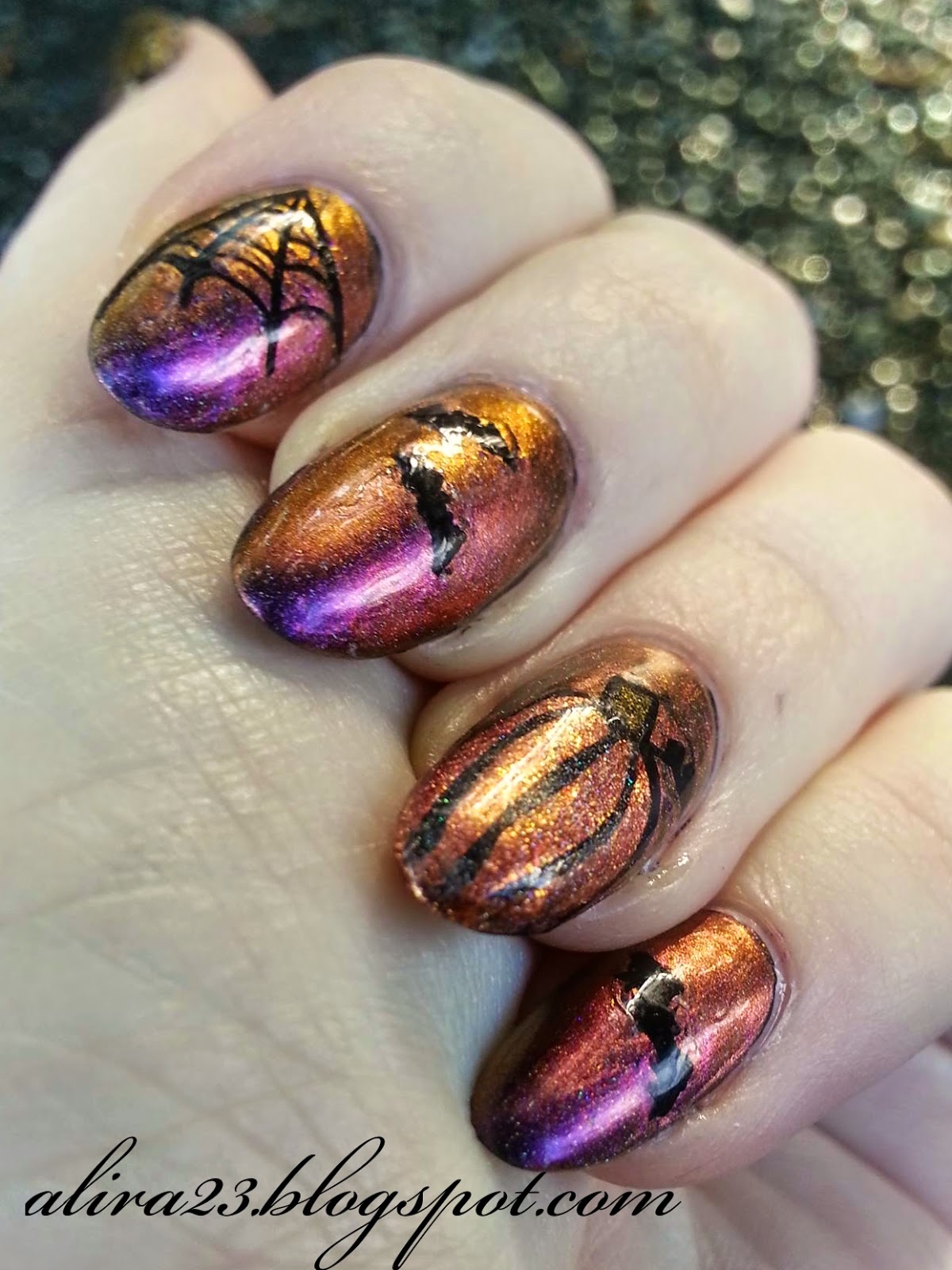 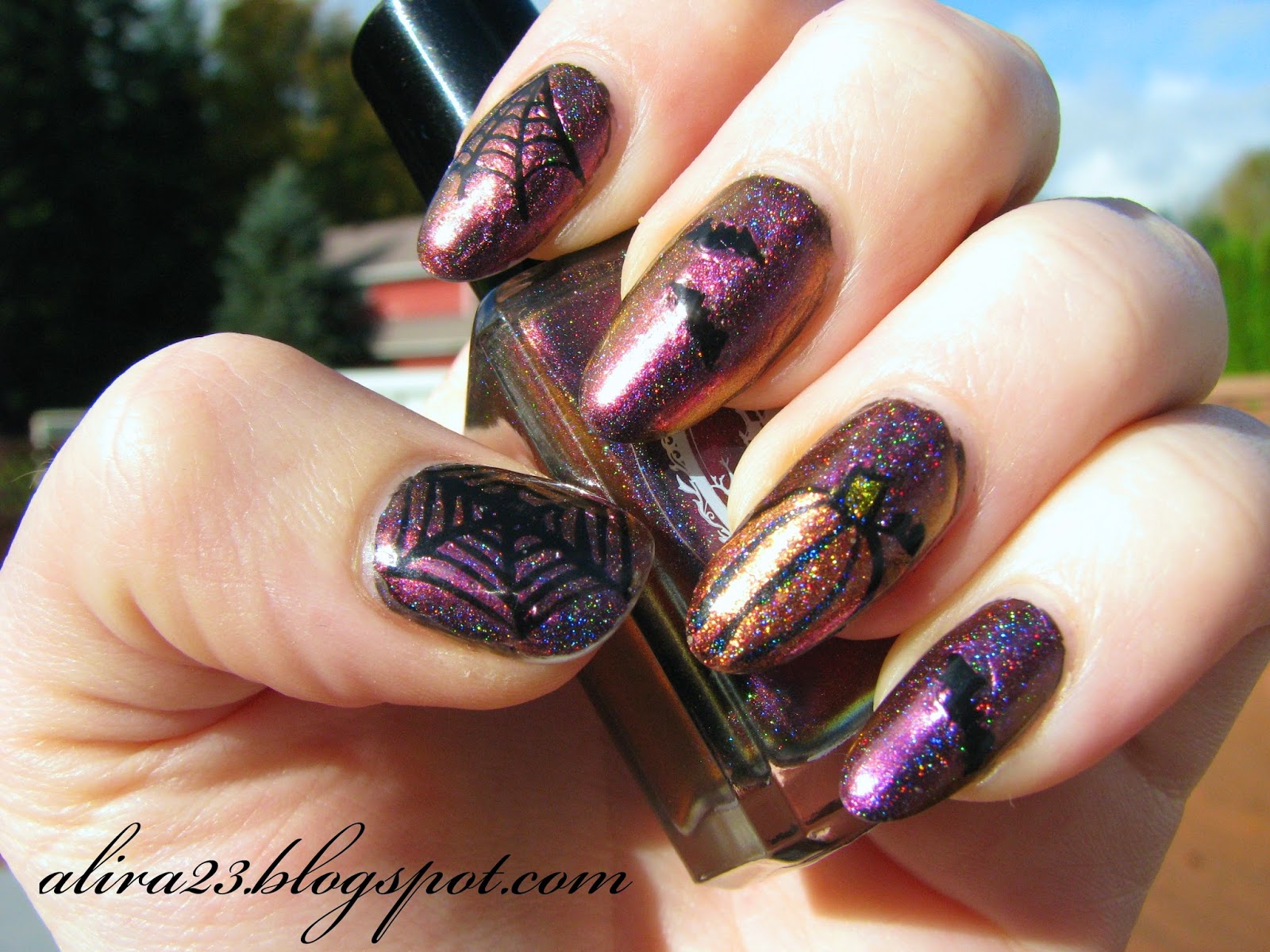 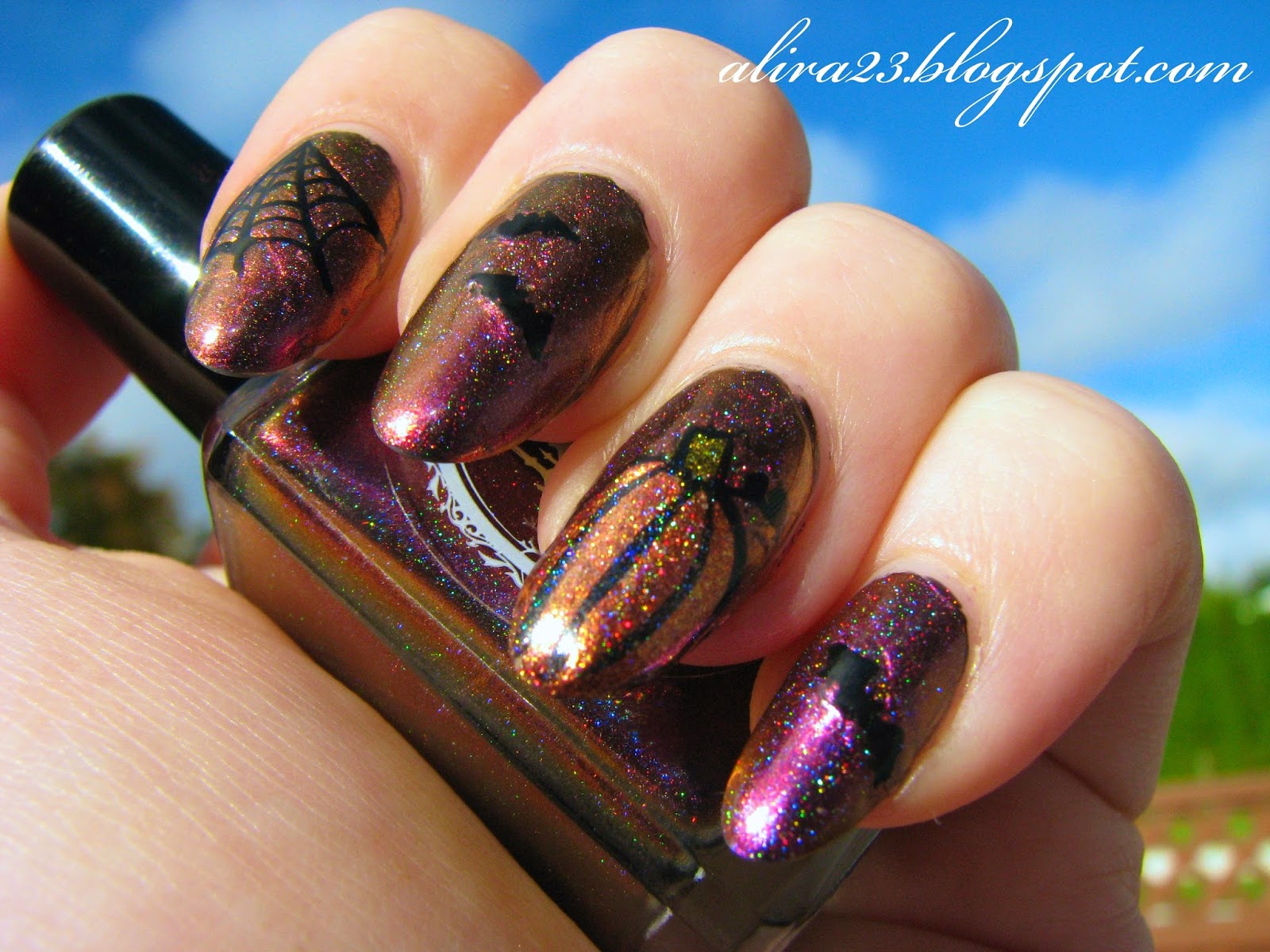 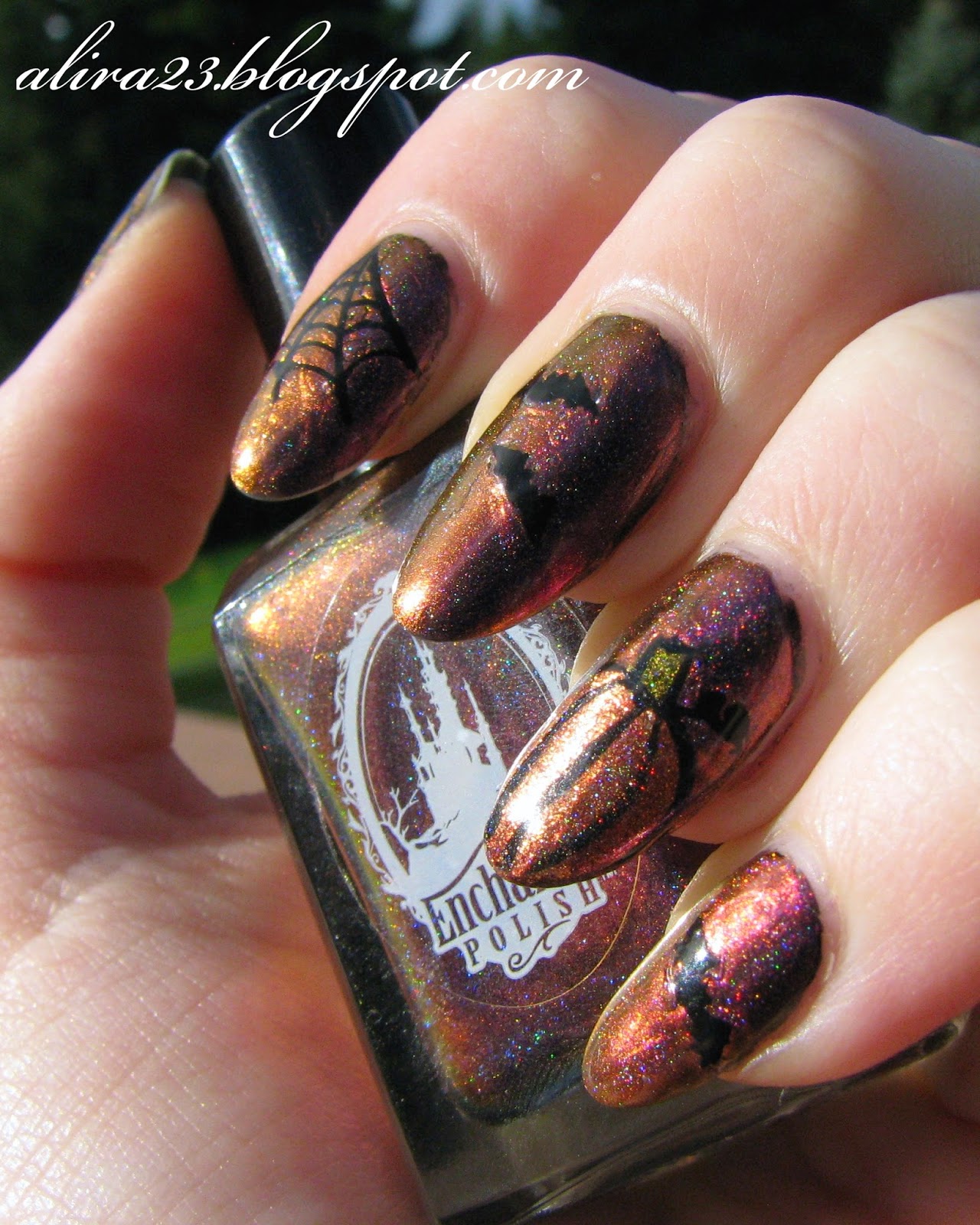 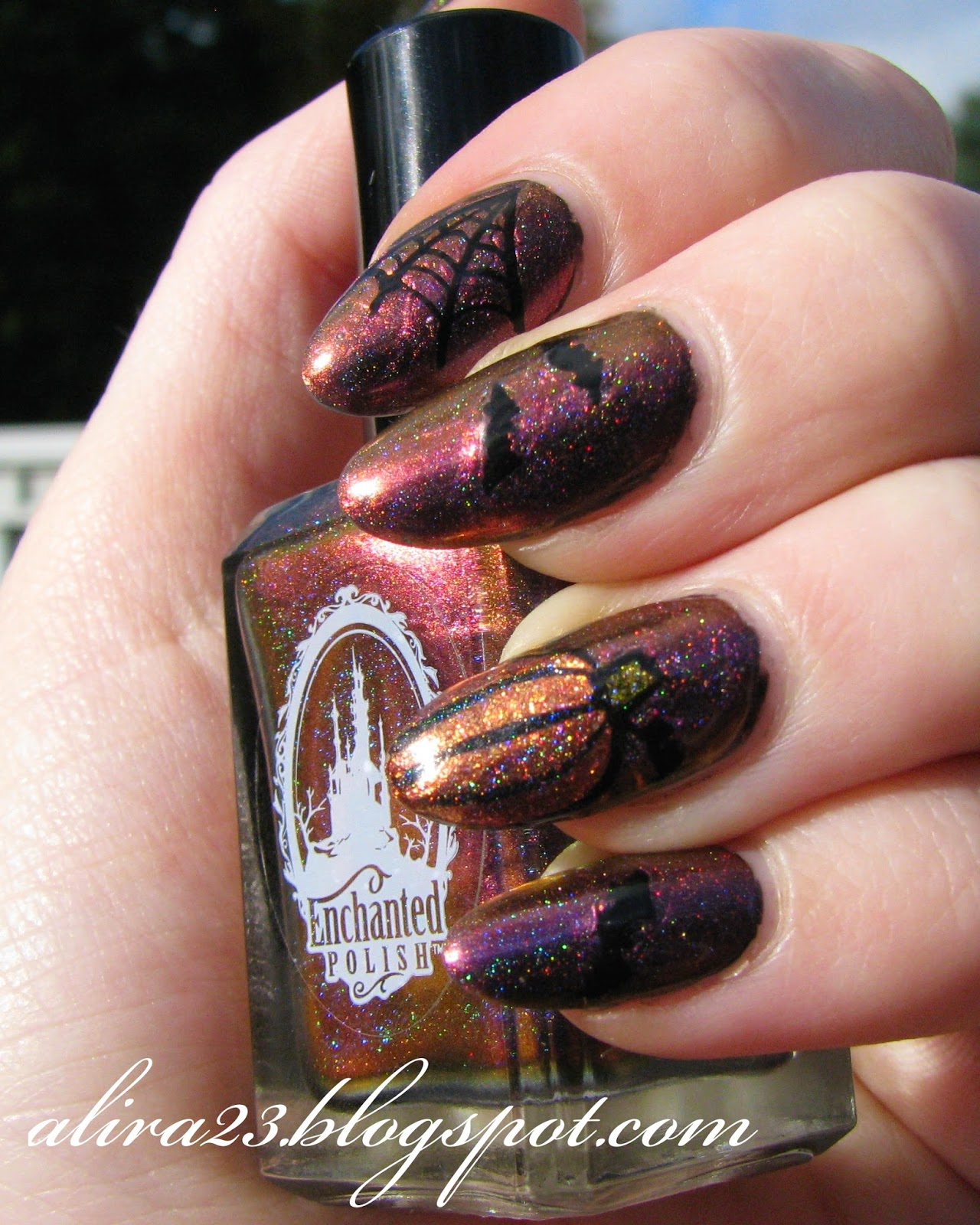 So what do you guys think?! The nail art isn't the most original but the Enchanted Polish makes it so much more special in my opinion!! :) Have a good Halloween tomorrow!
Posted by Tiff at 9:00 AM