Woohoo! If you've been following my facebook you know that this is one of the most ambitious nail designs I have undertaken for a long time. I was contacted by NailPolishCanada (as I have been a couple times before :D) to enter their nail art contest and the theme was SUMMER.

After pondering for a bit, I decided the most quintessential summer experience I had was when I went to Cuba. In Cuba, though I didn't do this myself, my friends did go snorkeling and make friends with some tropical fish.

I used a LOT of colours for this one so I'm going to list them at the bottom of the post I think. In the pic above (which I got from googling "tropical fish" and taking the ones that I had colours for) it goes thumbs to pinkies from left to right. Check it out!

This is before topcoat. I was super paranoid it was going to ruin something so here you go. 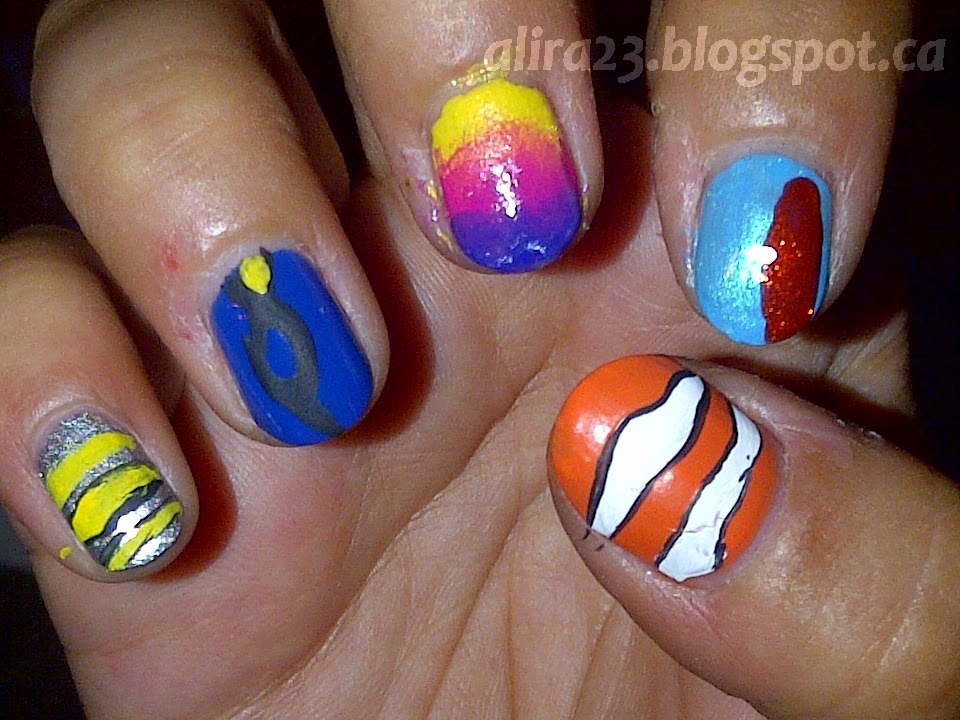 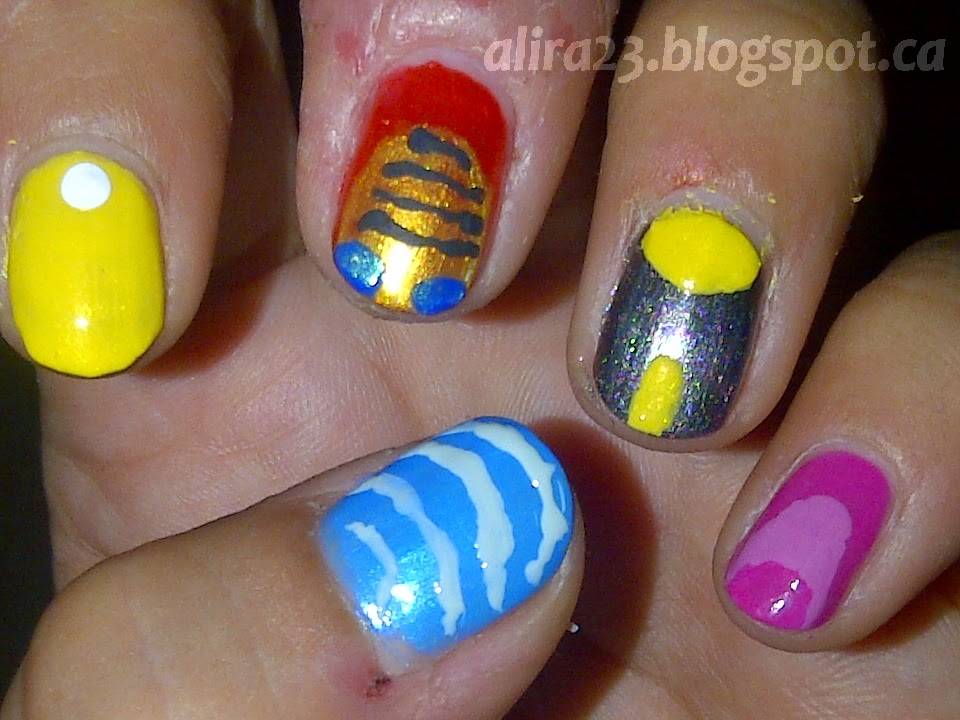 Luckily it didn't ruin anything AND the sun came up in the morning for a bit so I could get some quality pics. 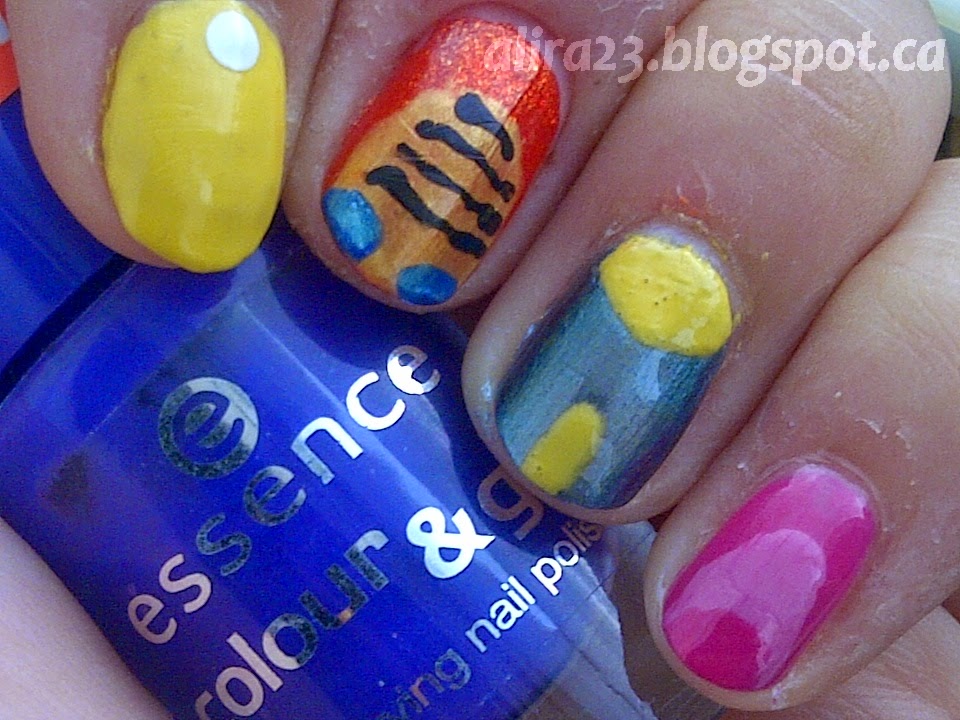 So it's obviously a skittles mani and I'll leave it for you to decide whether it's that coherent but at least it's tied by the theme of tropical fish, right? 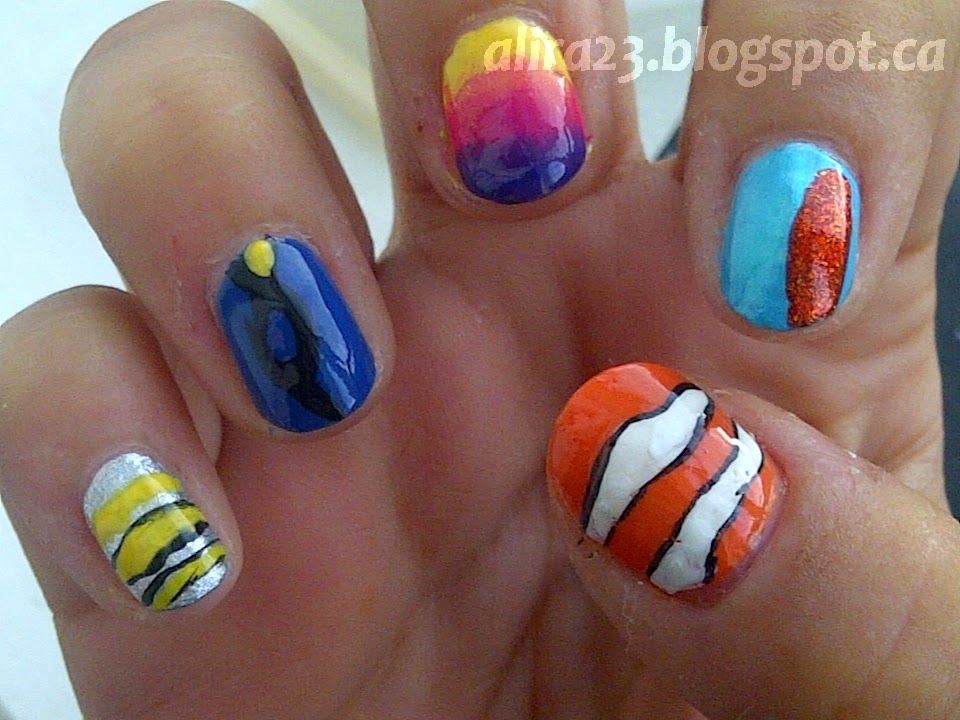 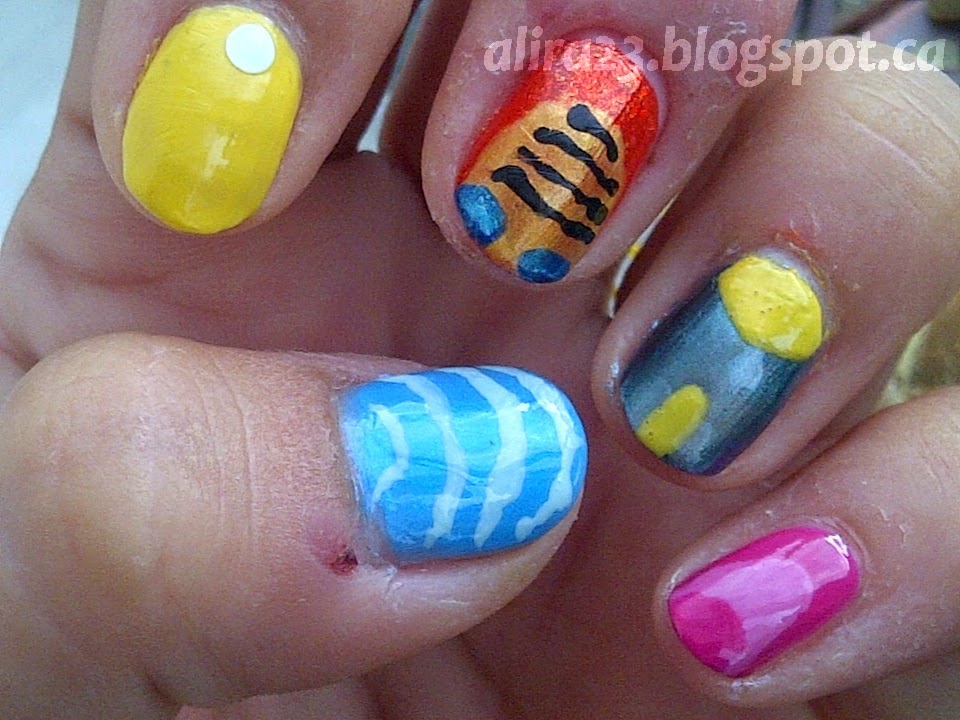 The pic below is a feat because I took it myself by holding my phone between my knees. #bloggerlyfe

Also just lemme gush about those bornprettystore.com brushes and how thin the freaking lines are on the clownfish nail. Like wow. Dang. 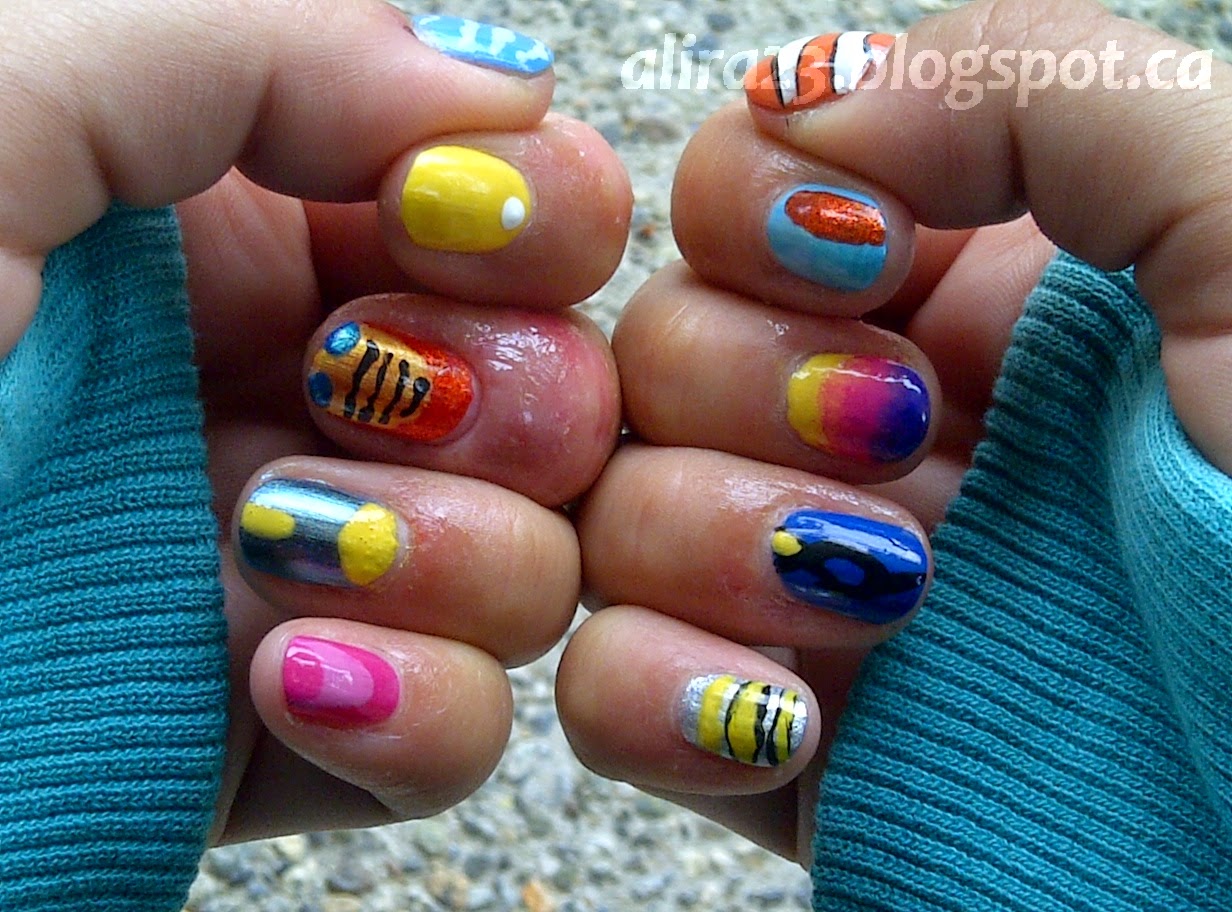 Okay! As for colours... I'm going to go in the same order as the fish in the first pic, I'm sure you can figure it out though.

Yay! That was kinda complicated, haha! I hope you like it. Check out the other entries, but you're all gonna vote for me, obvs. right? ;D

Just for good measure, here it is one more time <3