My Sally Beauty order came in the other day and I tore it open ready to put this one on. It's the white from the Sea Goddess collection and I was really excited to do some cute little sand dollars on my nails... But it was not to be. I should have looked at other bloggers' swatches a little more closely (or at all, story of my life) because this was not going to be opaque and I could not even get much texture out of it...

At 3 coats, it's kind of textured but not at all opaque. It has little pink and green-blue glitter in it and is much more like frosting than sand which means I am really disappointed but I know lots of people would love it. It was also tinted pink by itself, probably because of those little glitters. Boo.

So excuse the mess, but here it is by itself, three coats. 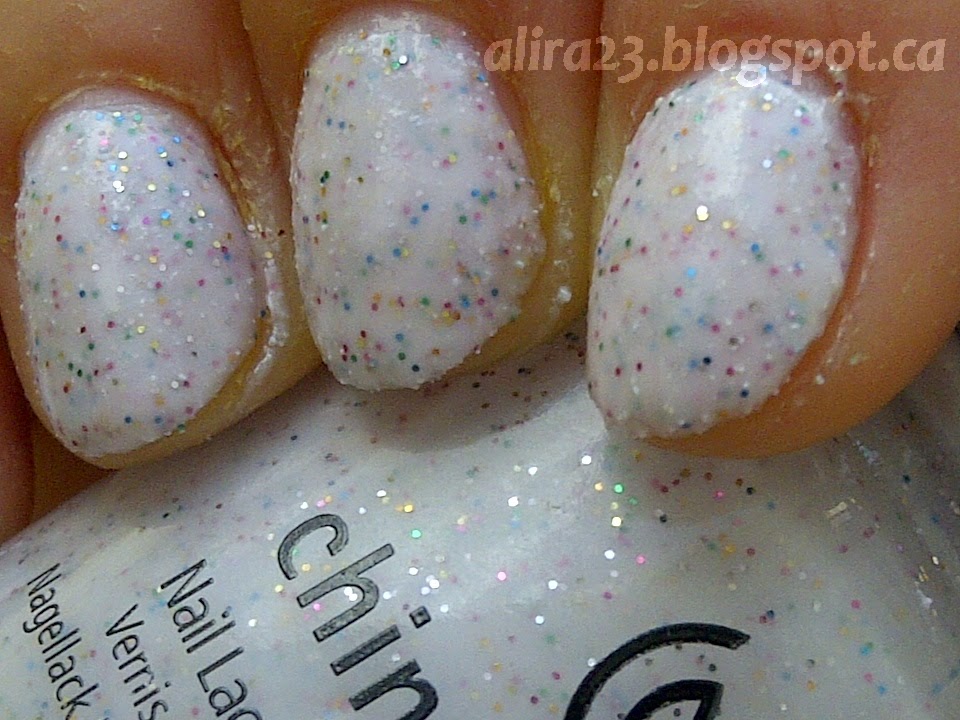 i mean, it looks pretty white in the photo but it was way too pink for me in real life. It also didn't look or feel very textured... I did two more coats. 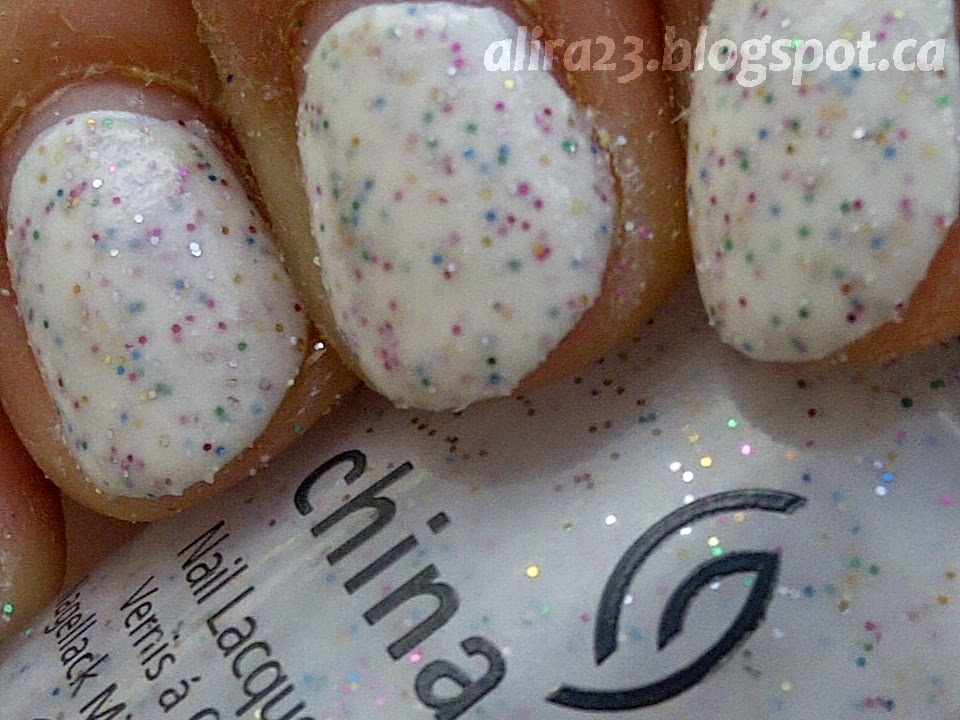 ... and lost the texture entirely. SO I took that off and tried using Julep Kate (which is still a nightmare) as a base and only doing 3 coats. 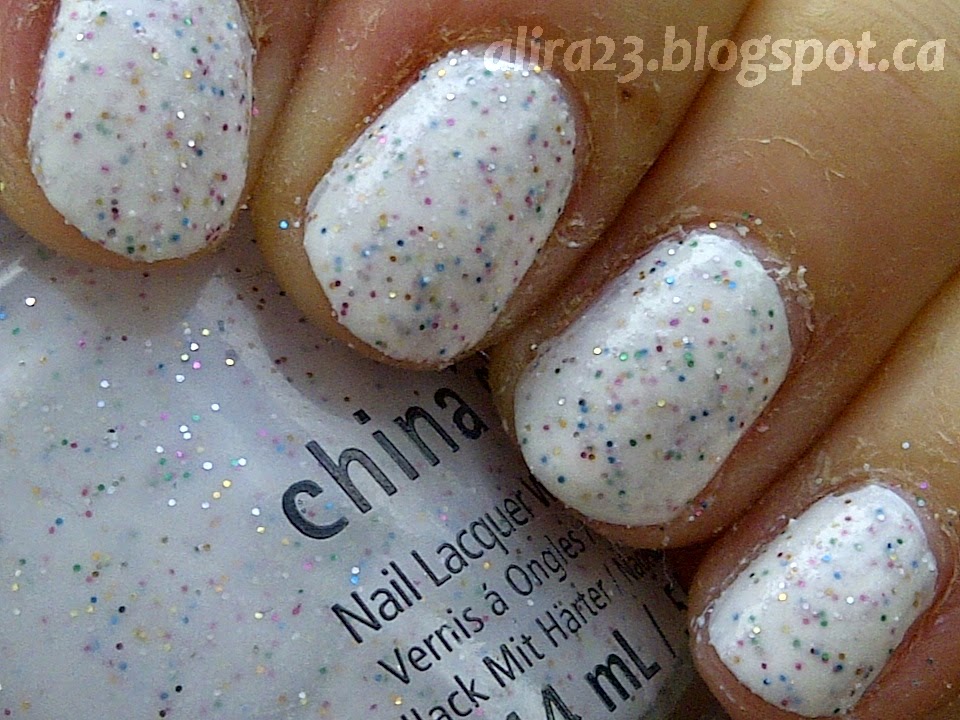 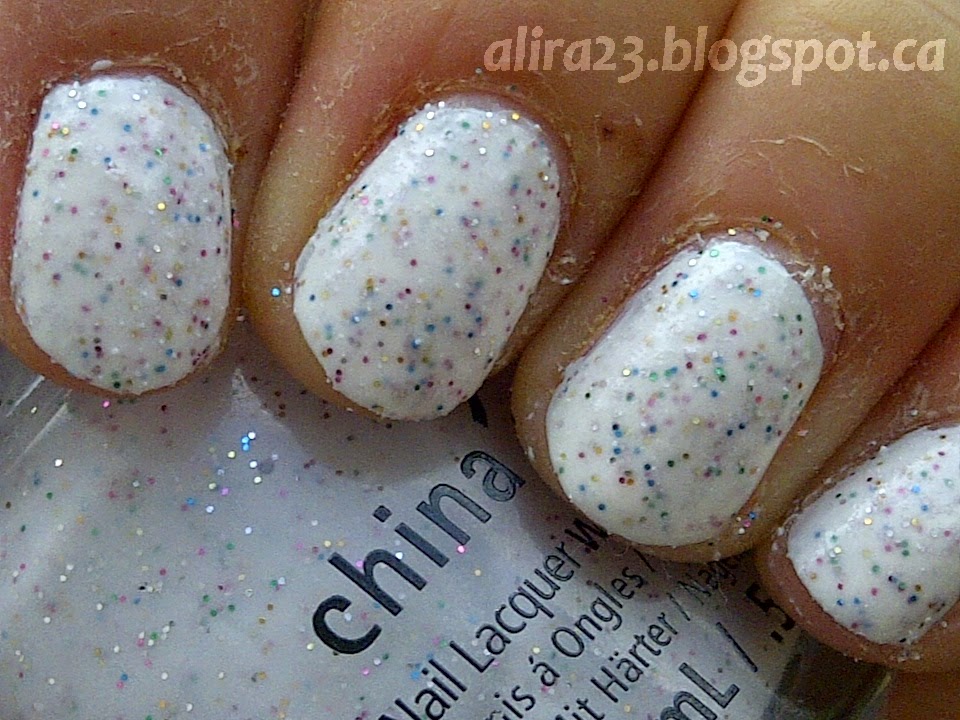 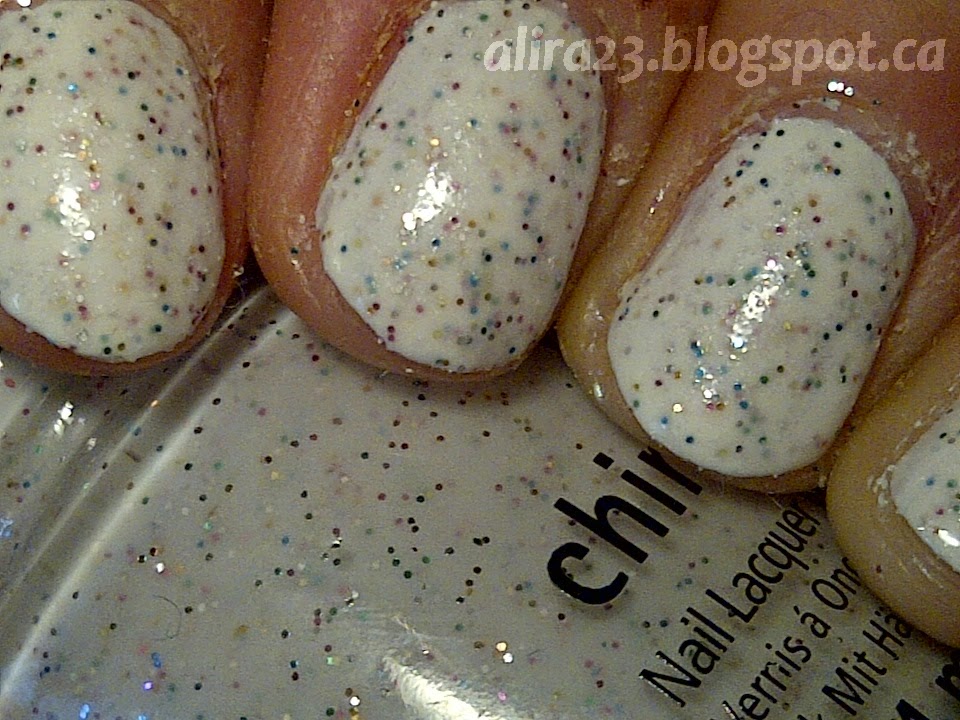 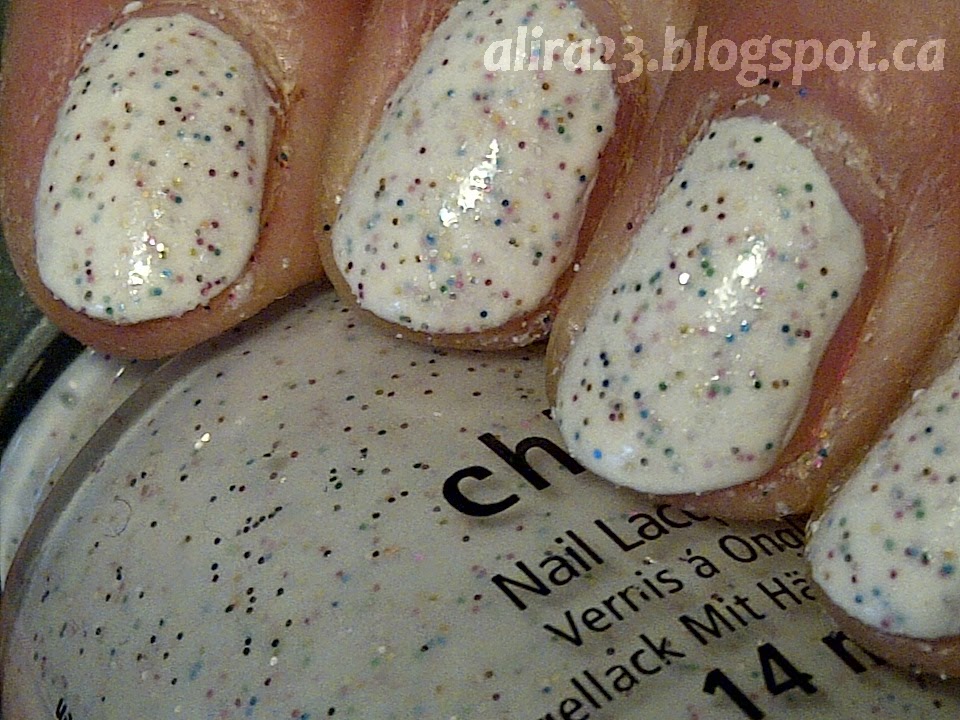 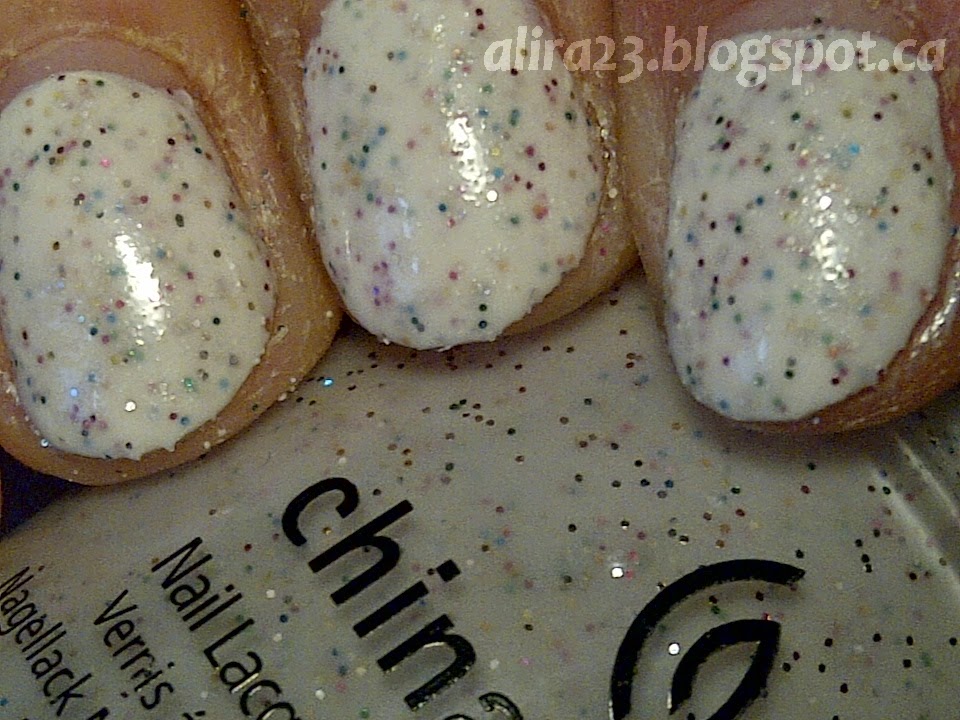 Anyway, I am not impressed at all. I probably won't be using it again though I may try it over other colours to just glitter it up and frost it over... It MIGHT work that way. Either way I'll let you know of course.

Did you guys see anybody who swatched this one nicely and liked it?