Obviously this is a continuation from the other day with Sally Hansen CSM Red My Lips and I decided to stick with the brand and use my studs which are also Sally Hansen brand. First thing I did was put one more coat on and stick a black stud right at the base of my nail. (Excuse the mess) 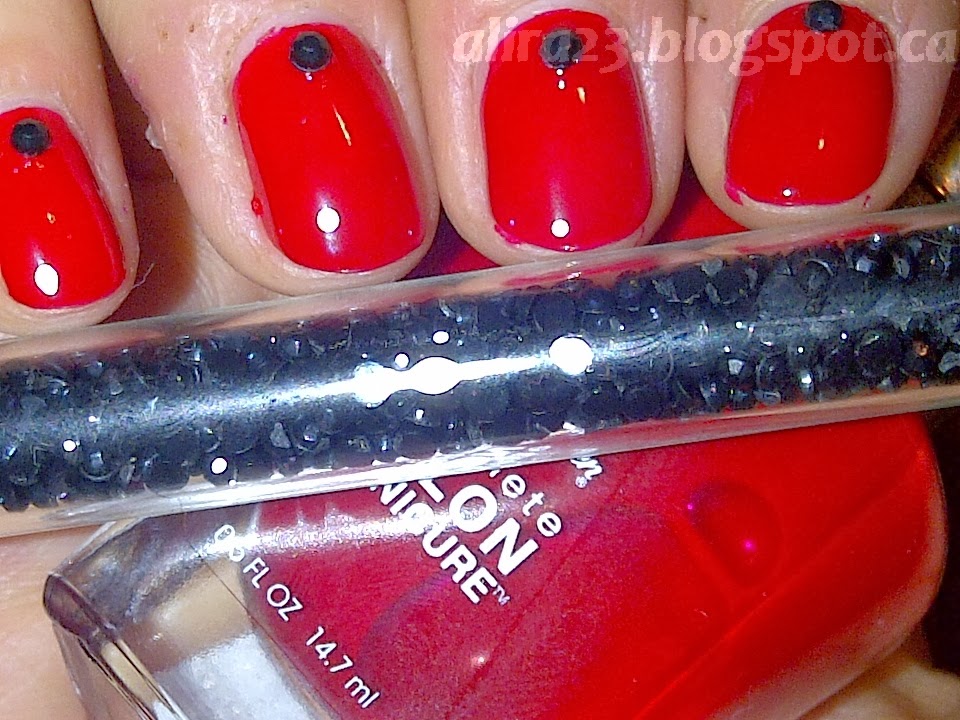 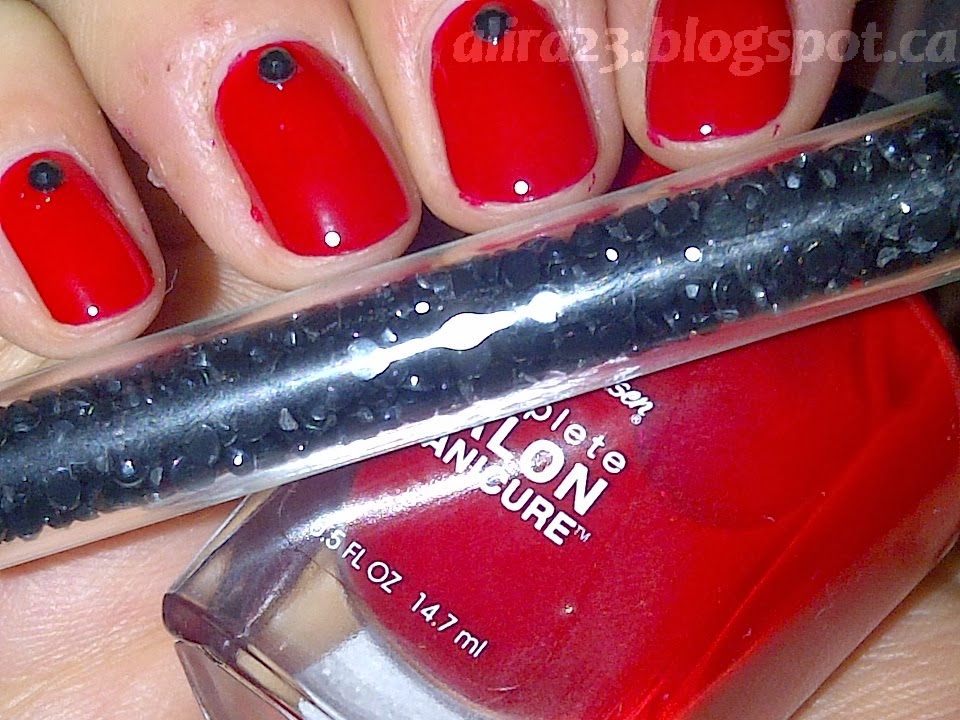 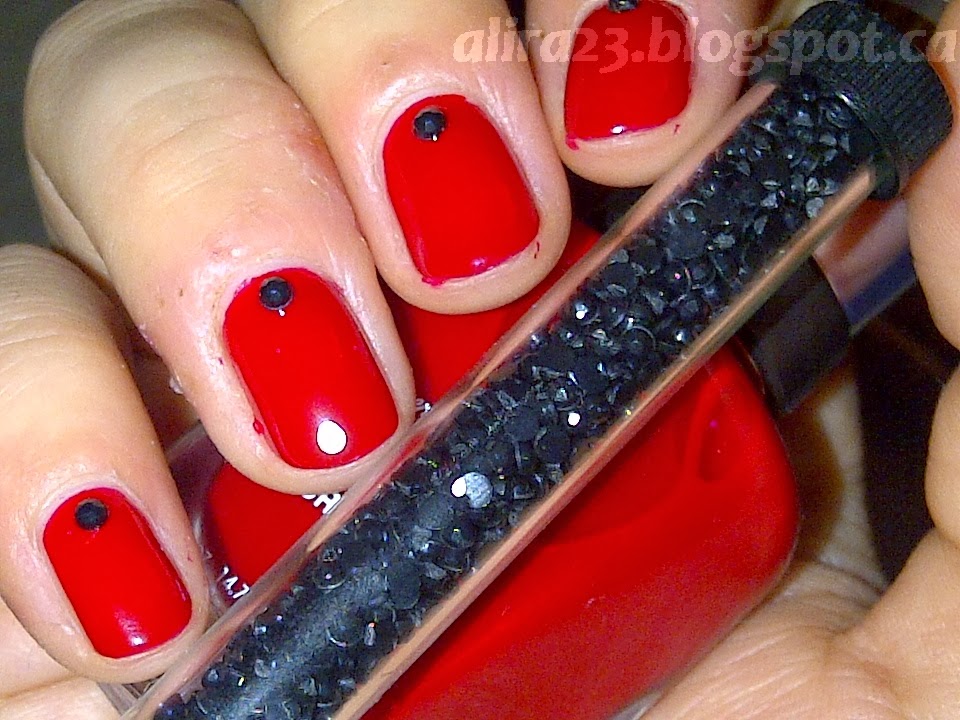 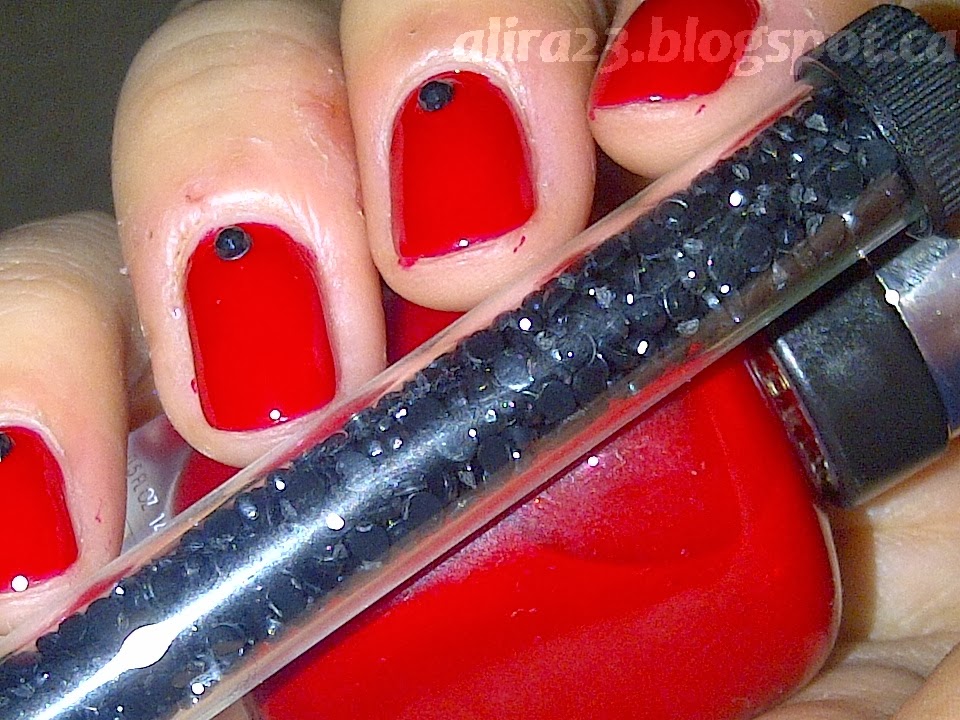 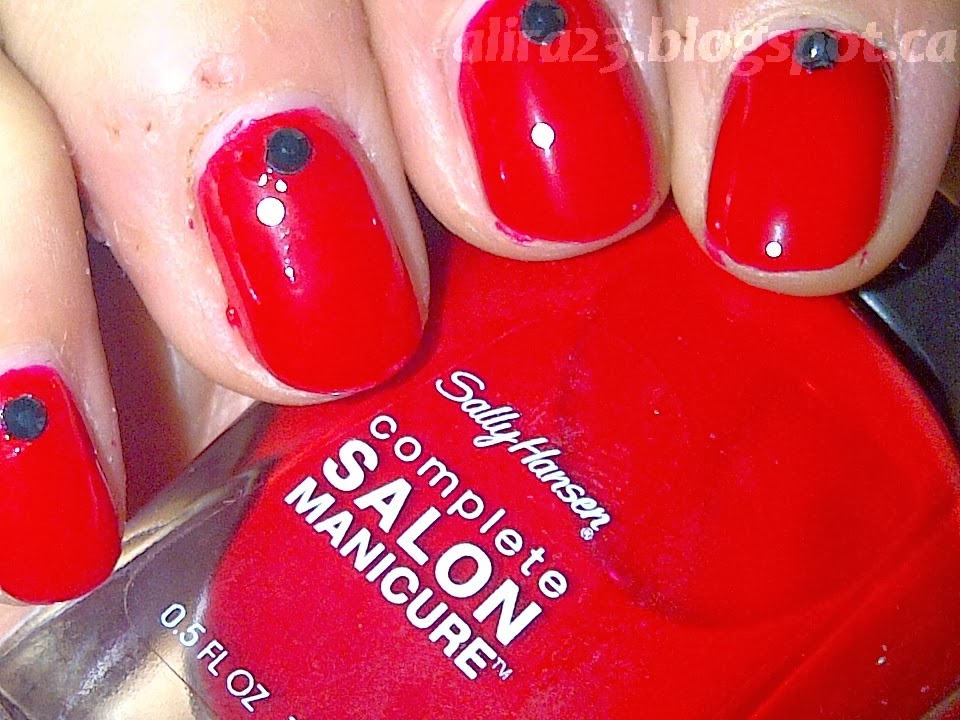 These studs were much more prominent than the little gold ones I did previously in that they were just much less flat. I thought this would make them extremely likely to just fall off but they lasted pretty well for a couple days despite some dishwashing and baking I did (BANANA BREAD :D)

The studs weren't enough though so I took my Sharpie and drew a dotted line down the middle. It was simple but I liked it much better and kept it for a couple days. I managed to avoid the awful streaking and smudging that has become the bane with this material by not putting any topcoat over it (imagine that). I fully expected this to mean the lines would rub off in a day or two, but they lasted the manicure so I'm pretty impressed. 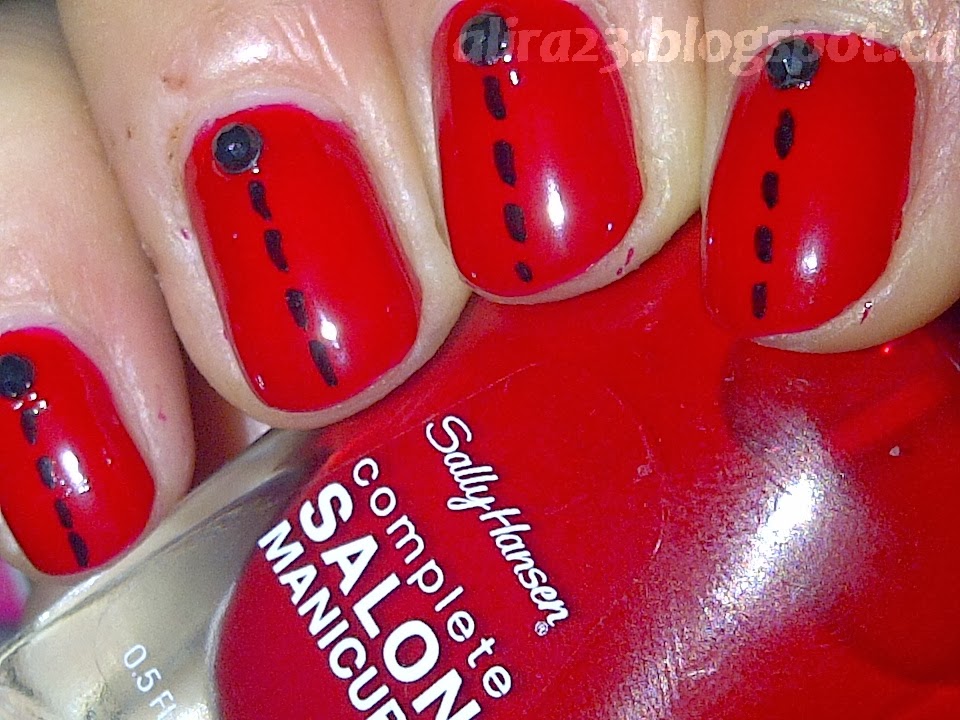 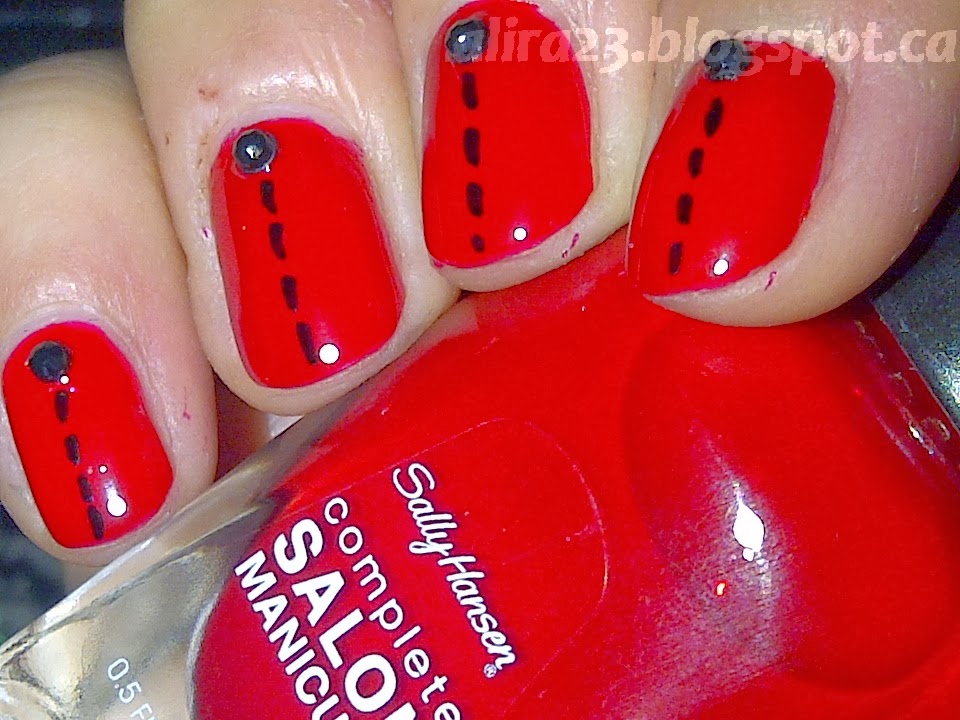 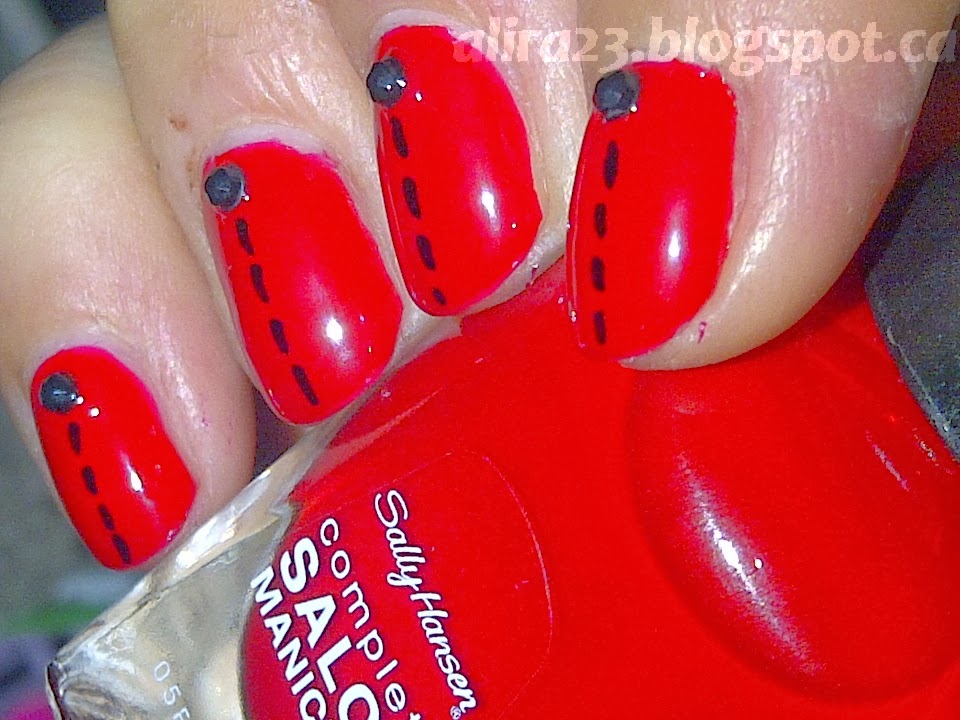 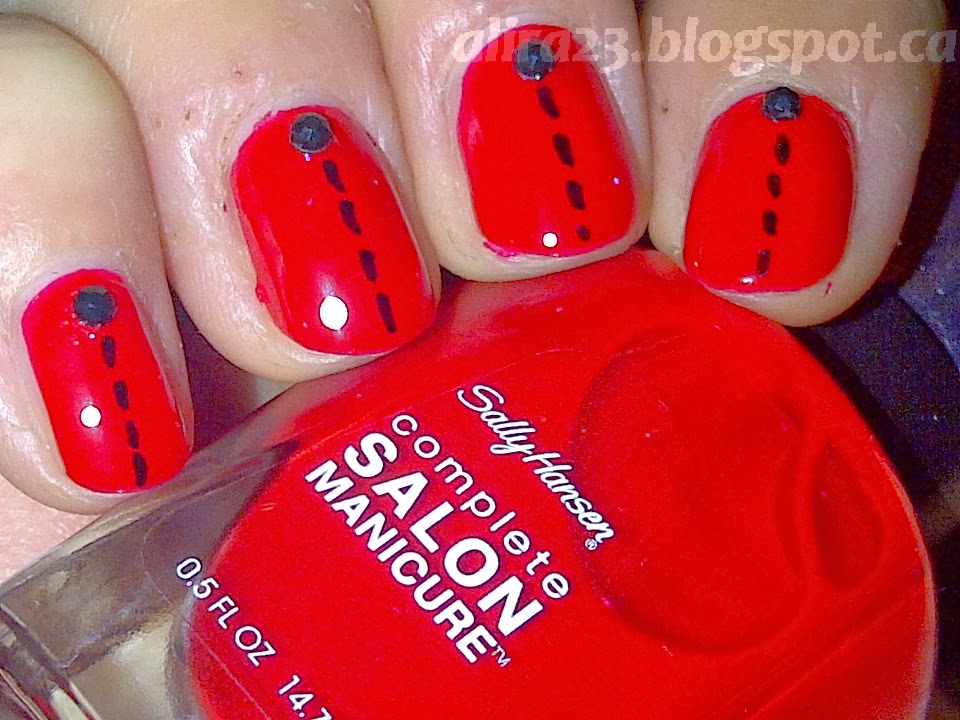 BRIGHT. I need to pair this with some lipstick and get to breaking some hearts!

If anyone's got some ideas about using studs, let me know!