NCC#2: Around the World - Russia

Well it's like a week or two later, sorry about that. I feel kind of super cool about this though, because I get to make a political statement of sorts, like I did with the TG Day of Remembrance way back when <3

As usual, I'm gonna make you guess. Your first hint is Russia.

I started with Ulta Snow White and Essie Pure Pearlfection. 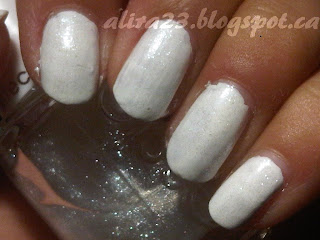 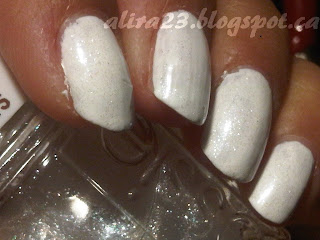 The way this issue was brought to my attention was something circulating on Facebook, namely Buzzfeed's 36 Photos From Russia Everyone Needs To See.

I used China Glaze Winter Berry here, and did a rough half moon shape at the cuticle. For the drips, I put down a glorp of polish and blew so it ran down the nail a bit. 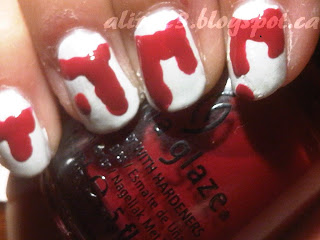 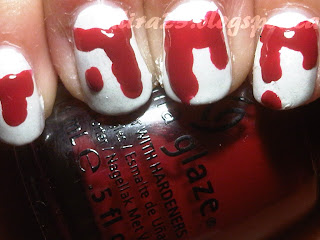 If you do a google search you find a lot of articles, including Huffington Post's assurance that Russia's anti-gay laws will be in effect for the Olympics, and an American athlete's discouragement of a boycott.

I did rings above each blood line. I used Essence Let's Get Lost, Wanna Be Your Sunshine, and Black is Back and Julep Leah and January. If you couldn't guess, these are the colours for the Olympic rings. 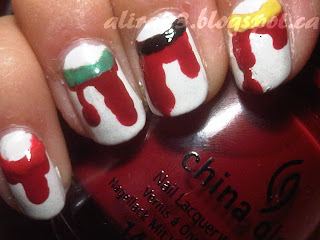 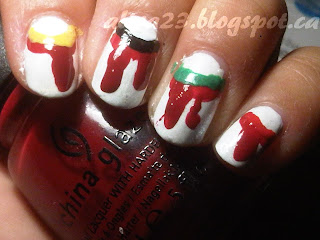 Next year's winter games will be steeped in LGBTQ blood, all of whom, incidentally, bleed red just like heterosexual people. 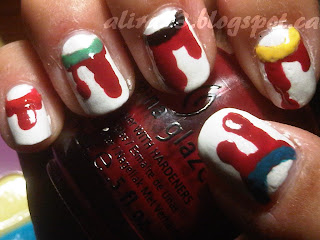 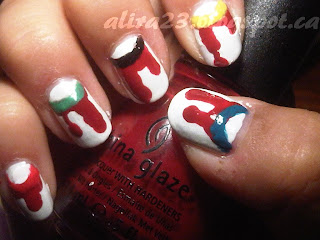 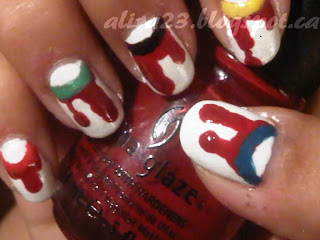 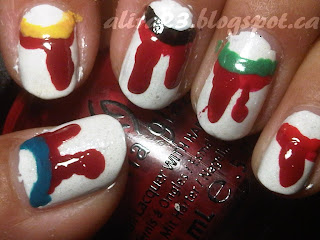 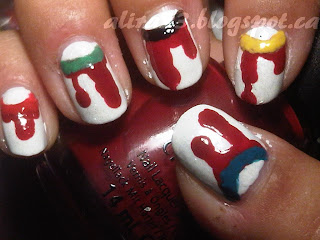 Now, I'm not a political blog or a political person, and I will not be a good source of information but I do want everything I know to be aware there's a problem.

Russia's anti-gay propaganda law allows people to be arrested and detained and then, if you're a foreigner, ejected from the country with a $3000 fine for being "pro-gay" or even suspected of being pro-gay. As opposed to the militant action you might expect, hate groups and neo-Nazis are being given a wink and a nod to intervene in stomping LGBTQ outside of the law.

There's a new law being discussed that will allow the government to remove children from their biological parents should they even be suspected of being "pro-gay". I'm going to be boycotting Sochi 2014. I believe it's how I have a voice in this at all. We, the masses, speak with our money and our attention. My attention is on the minor media outlets covering this, and my money is going to stay away from Russia. Don't let them get away with this. I believe the athletes telling us to not boycott are exhibiting selfish behaviour. It's one thing for them to go, and another for them to tell us we shouldn't use the only voice we have. Flooding Russia with our pro-gay love won't magically change their laws and views, or stop hate groups from acting on hate.

People are being killed, guys. Human rights are being denied. I'd be dead in Russia. That scares me a lot. This isn't a "gay issue", it's a Human Rights one, and don't let anyone convince you that a human can be less than human.

Be informed. Do something. Talk about it.