I have been meaning to do the flag! When we were in Cuba, we took a tour of the nearby big city, Havana, which included a museum where they had a room full of flags from their history. It was mostly all variations on a theme of stripes with a red triangle and a star in that... 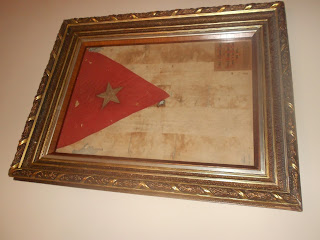 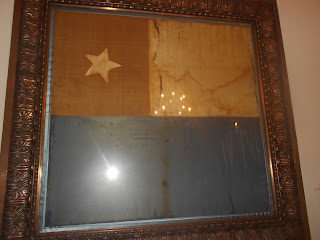 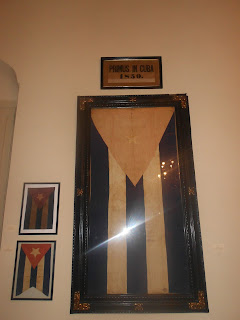 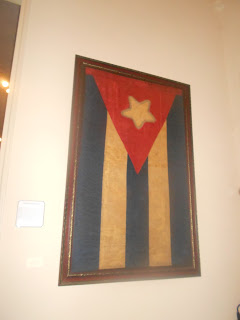 Because the outside stripes are blue, I put down two coats of Essence Walk on Air to start. I don't think I have ever really appreciated the beauty of this colour before. I'm lucky I picked it up before Essence changed their bottles around. It's much more rich than my over-lit photos show... 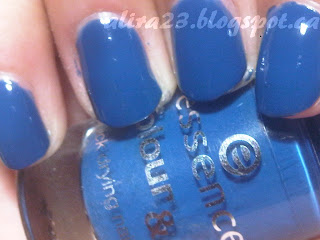 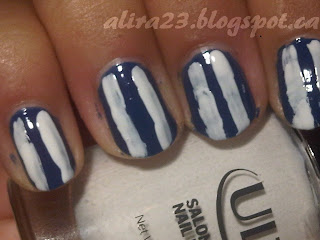 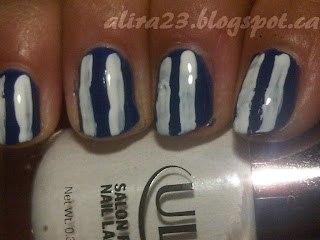 And then tried to do the little triangles with China Glaze Winter Berry.. 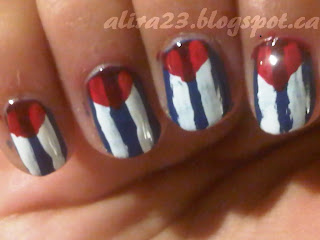 Unfortunately after trying to dab on many coats, it never dried or really changed much from the look of that first photo above (which was one coat). So I cleaned up my nails and tried again.

This time, I used Julep Kate (which worked really well actually!) and January, which required two coats, but dried, unlike the CG. 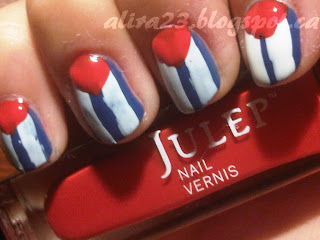 With Kate again, I freehanded stars. I didn't even use my fancy brushes! I just made sure that there wasn't that much polish on the brush and angled it flatside and poked really gently. It worked out amazingly! 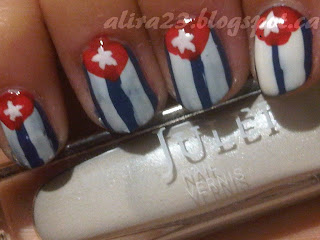 ... Except for my thumb, but there had to be some learning curve, right ;D 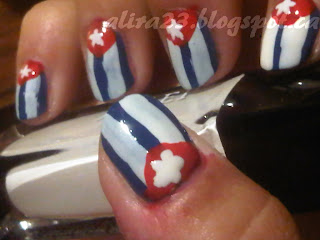 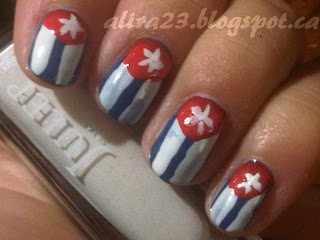 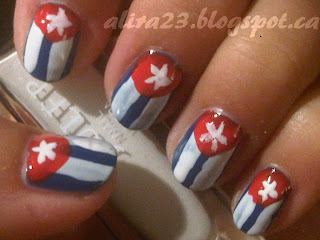 I matted it over with WarPaint Matte topcoat and voila! 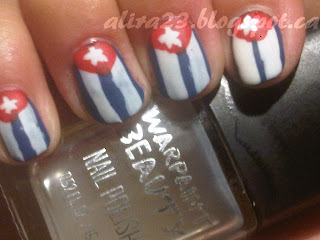 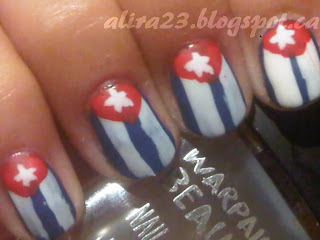 Ta daa! What do you think? Flags are such an easy way to represent a country, it's fantastic.