BLUE! I was really excited about this one. When I bought this collection, I was worried it would be too similar to Essence Gleam In Blue, but I am completely wrong, which is awesome!

I did two coats. I did run into some trouble with this one actually. Skyward Bot was a bit thicker than the other Bots I've swatched, but it worked much better for me to do a thick coat, rather than trying to do thin ones. I think it may have been drying very quickly on the brush, so don't think too badly of it. I did two coats here, though with one thick one it would have been fine. 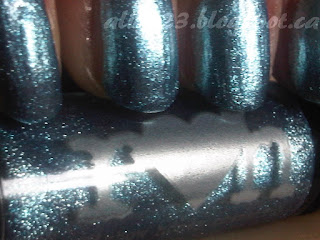 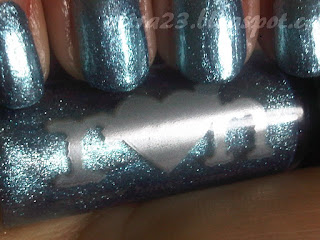 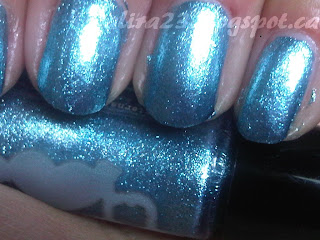 Oh, that last picture! It took the right kind of light, but it's a good representation.

Are you guys a fan of blue nails? It hardly ever occurs to me, but crazy colours aren't for everyone =P
Posted by Unknown at 9:00 AM