It's the Summer of 199X.... on a game I never played and am thinking of downloading an emulator for :D

Rainbow Honey released their new collection based on a 1995 SNES game called Earthbound. I was lucky enough to be chosen to review three of the polishes from this collection. Today I have the first and the one that caught my eye the fastest when it was released: Lumine Hall. (AKA Products sent for honest review!!)

Lumine Hall is a dark blue jelly with iridescent glitter and shimmer including squares! Luminous is a good descriptor for this polish. It was a little hard to work with. I'm not sure if the glitter made it thick or it has issues like Skyward Bot but it wasn't terrible. It just meant I had to touch up the edges of my nails and do clean up for once (:0). It still dried quick. I did three coats but you could do two and be satisfied.

First photo is what it looks like at two coats. 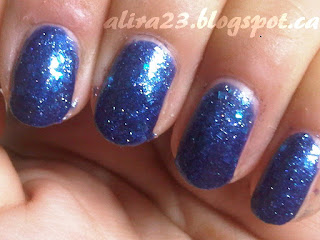 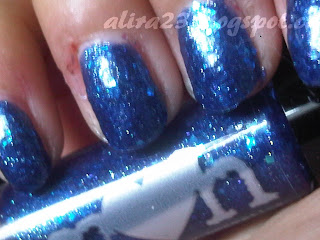 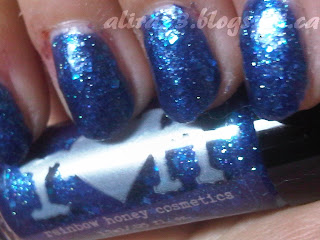 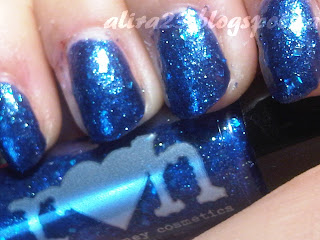 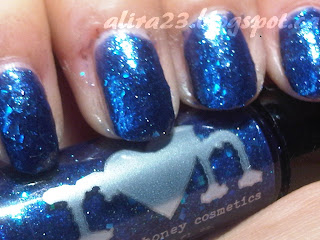 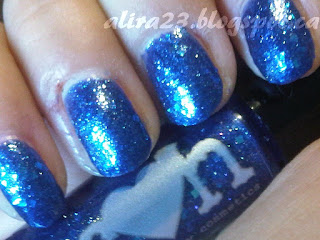 It's pretty beautiful. It makes me think of underwater so deep that fish start to glow. I've never played Earthbound so if someone wants to tell me about Lumine Hall and if the polish does it justice, I'd love to hear from you =3

Anyway, what I do know is that it's dark blue, and it reminded me of an item of clothing I own. As such, I added a white star to my ring finger using Ulta Snow White and a dotting tool. 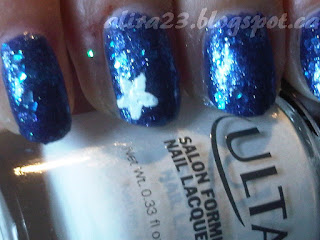 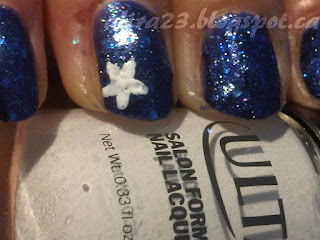 I topcoated with WarPaint Black Light after taking all my photos because I didn't know how it would change the colour. It didn't do too badly! I deepened it actually which might have been a result of the gloss or the slight purple tinge it added to the blue (but didn't change the white! VICTORY). 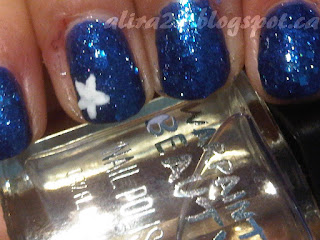 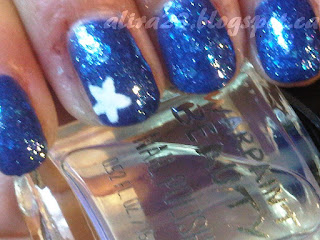 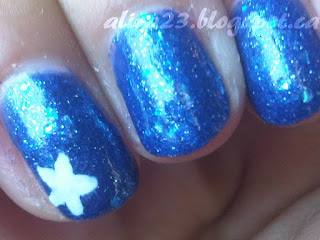 It's gorgeous =3 And in case you were wondering... 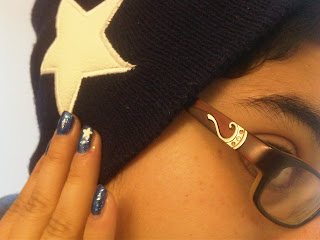 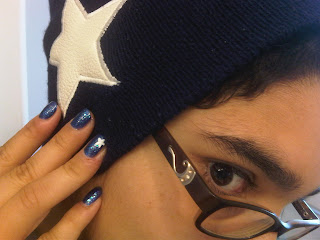 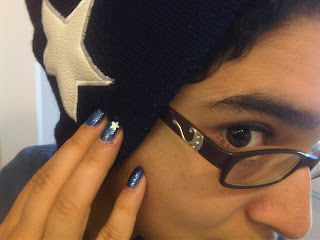 Check out Rainbow Honey on Facebook and their website and tell them I sent you! <3 This collection was released TODAY, grab it while it's hot! And look for swatches of a couple more in the next weeks.
Posted by Unknown at 9:00 AM