I have not been out for a long time! Not for me anyway. On Wednesday the 12th, I walked the stage for my graduation from my Bachelor's of Science degree =3 I'm a biologist now! An unemployed one, but it happened. My friends and I went out after to celebrate being graduated and mostly unemployed. 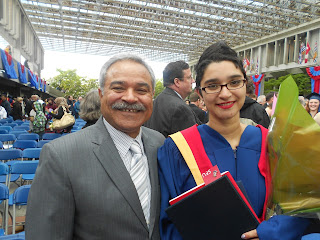 The Cambie is on 300 Cambie St (SURPRISE) in Vancouver. They serve food nice and late so it's a great place to stay at and have a drink. For the record, I had a Bazooka Joe, my first tequila shot, and I think a velociraptor (with pineapple juice chase). And a long island iced tea. It was fun! 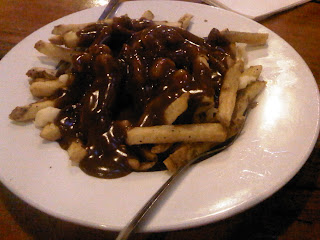 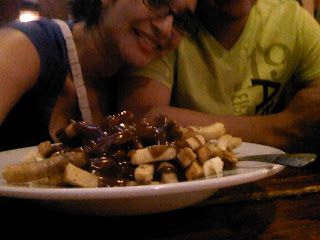 That second photo is so you know just how big this thing was. For $7 +tax that's pretty good!

This was the "traditional poutine" but they had other kinds. As poutines go, it was alright. There was nothing special about it and they tried to add spices. I recommend that if you want a spiced poutine you head over to Zako's Deli. Looking at my list here, all the other poutines had something special about them. This one's on par with Dougie Dog which is not to say that it's bad, not at all! It was just regular. If you're looking for some eats in the night, or someplace where you can drink and eat and talk, take your friends to the Cambie. I'm gonna put it above Dougie Dog, because at a base price of $7, this is definitely bigger. Three of us shared it.