One of the things about the island is that the wildlife is fantastic especially considering tropics + island vs Canadian "temperate rainforest". We don't have neat little lizards and fantastic birds! The best thing I've seen flying around BC is a raven and that thing looks dangerous.

With that omen, I want to talk about a bird Branden and I saw when we were speeding around the ocean on our Catamaran tour. Ours was called the Antares and us and 60 people met a dolphin and snorkeled before being deposited on a white sand beach for lobster lunch and an hour in the blue. 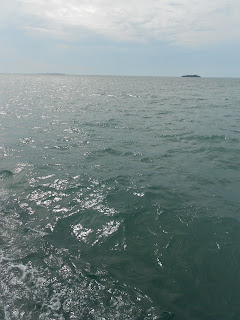 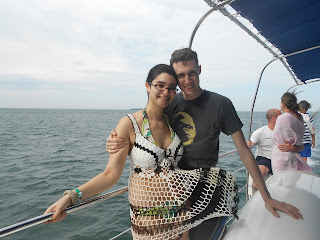 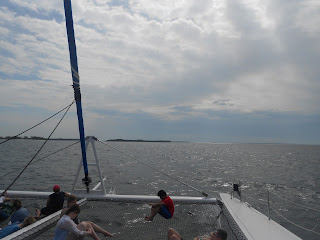 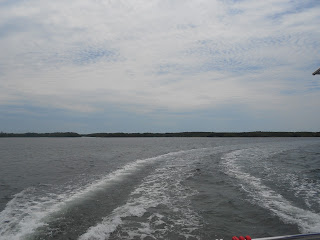 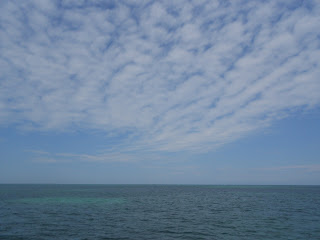 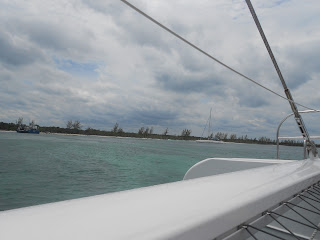 It was gorgeous, and none of these even includes that white sand beach. Anyway, we saw these birds soaring over the ocean, usually near shore but also between the islands we were going by (nearly open sea).

They had fantastically long wings that looked like seagulls we were used to but they were black as night. Their tails also forked when they were balancing to hover in the air. I never saw them on water, and only at a distance in the air. Anyway, I eventually managed to find them late one night online.

The wings are longer than they look! Anybody know what it is?

Apparently it's the Magnificent Frigatebird! Fregata magnificens. They are considered pirates because they steal their meals from other birds along with skimming the surface for whatever floats near the surface.

I made my tribute in acrylic paint and this is my first time doing a design that spans all my nails. Positioning is HARD! I have a new appreciation for anyone who can pull this type of nail art off. I painted over Orly Viridian Vinyl and Glitzology My Viking Boyfriend. 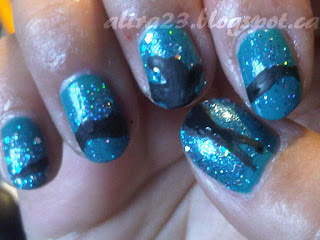 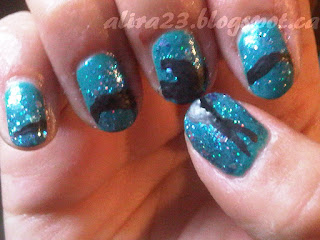 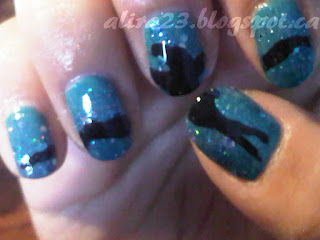 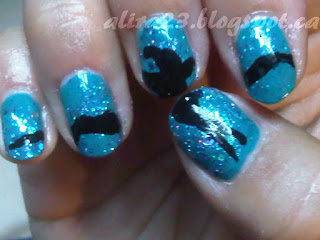 I had so much trouble identifiying the Frigatebird because all the photos are of its fantastic mating display. They have an inflatable pouch on their neck that turns BRIGHT RED.
Look at that sexy thang! For the record, I only saw them in flight, at sea.

I noticed the birds because I have a friend who loves them! I noticed these particular birds because they were incredibly graceful in the air, and their elongated wings and long forked tails were extremely aesthetically pleasing (I like long and skinny - you may have noticed by my boyfriend but it's also in cheetahs, greyhounds and thoroughbreds - things built for speed!).

Do you guys notice wildlife when you travel? What kind?


PS: Shoutouts to my daddy! It's his birthday <3