Hi Blaghers! Its been a while! I'm sorry, I've been on a polish hiatus to help heal my broken, sad nails. But I'm back!! I've been absolutely dying to wear these new ILNP ultrachrome flakies. They've been sitting on my makeup desk for a month just mocking me!

Alright so I did 1 thick coat of supernova over two coats of OPI Viking in a Vinter Vonderland which is a dark eggplant purple creme. I'm actually mildly irritated with the crappy time I had with Viking in a Vinter Vonderland. I don't know if it just hated my base coat or what, but it was dragging and patchy and too thick. I think I'll thin it before I use it again. Its also boarder-line black the majority of the time which isn't exactly how I wanted it to look. 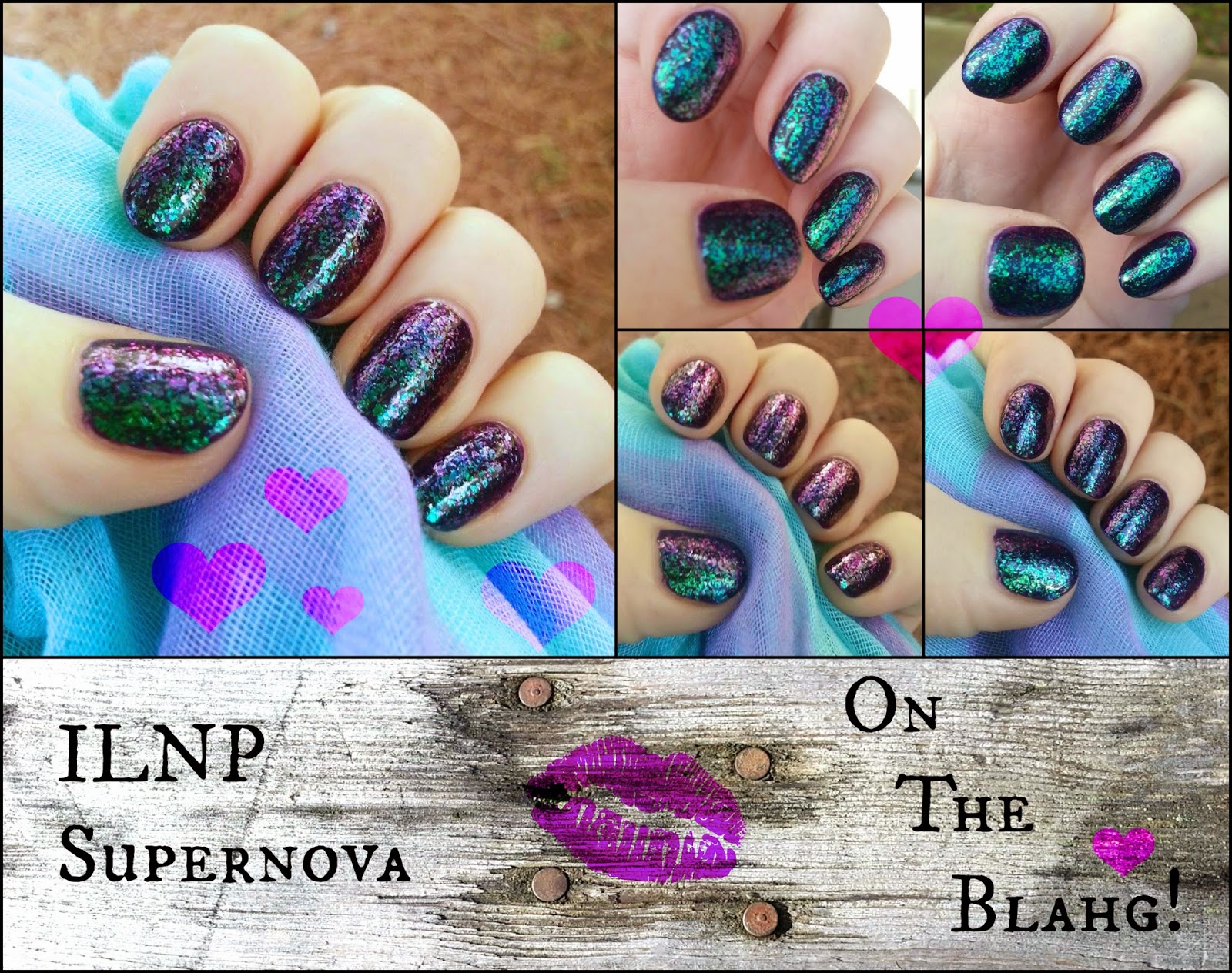 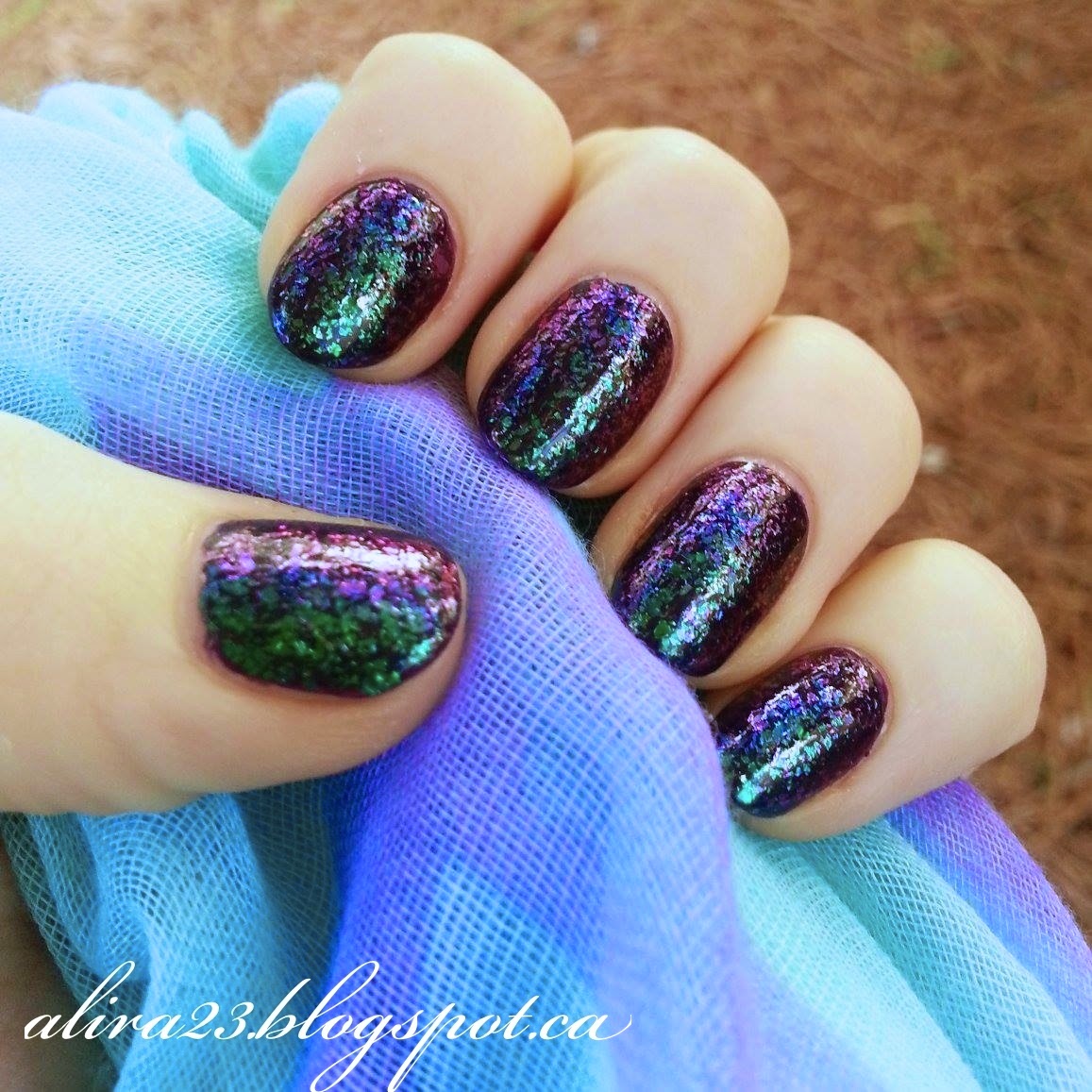 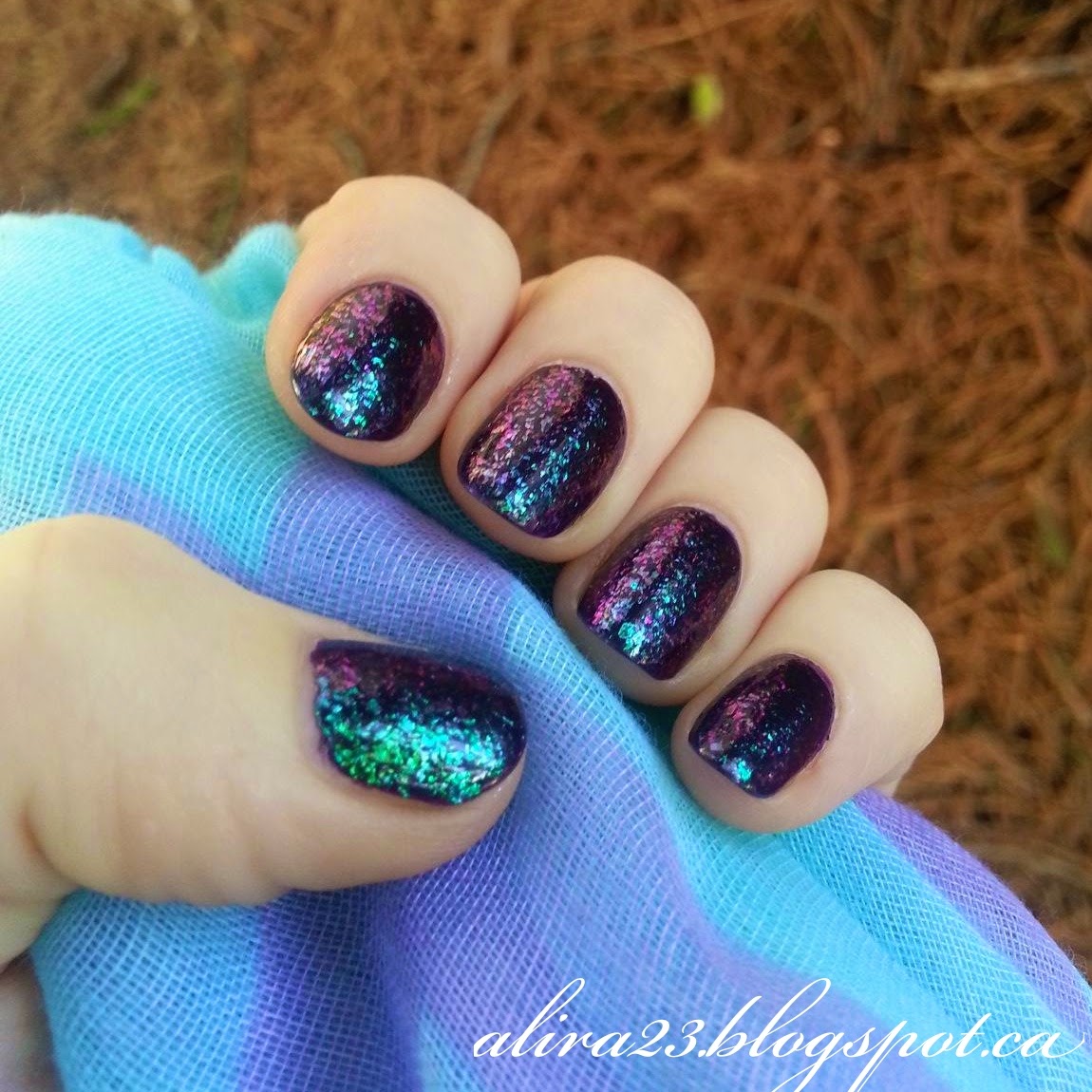 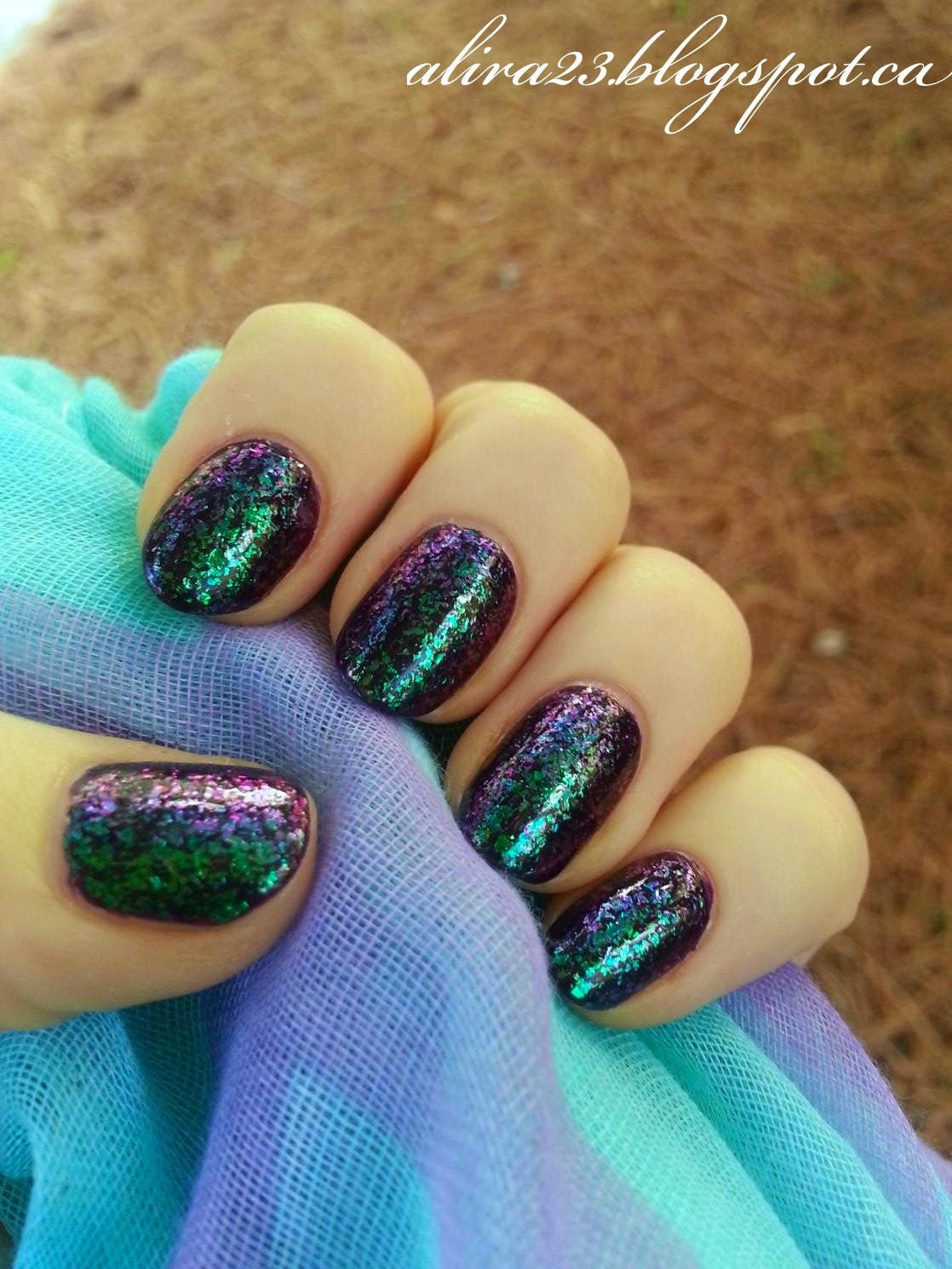 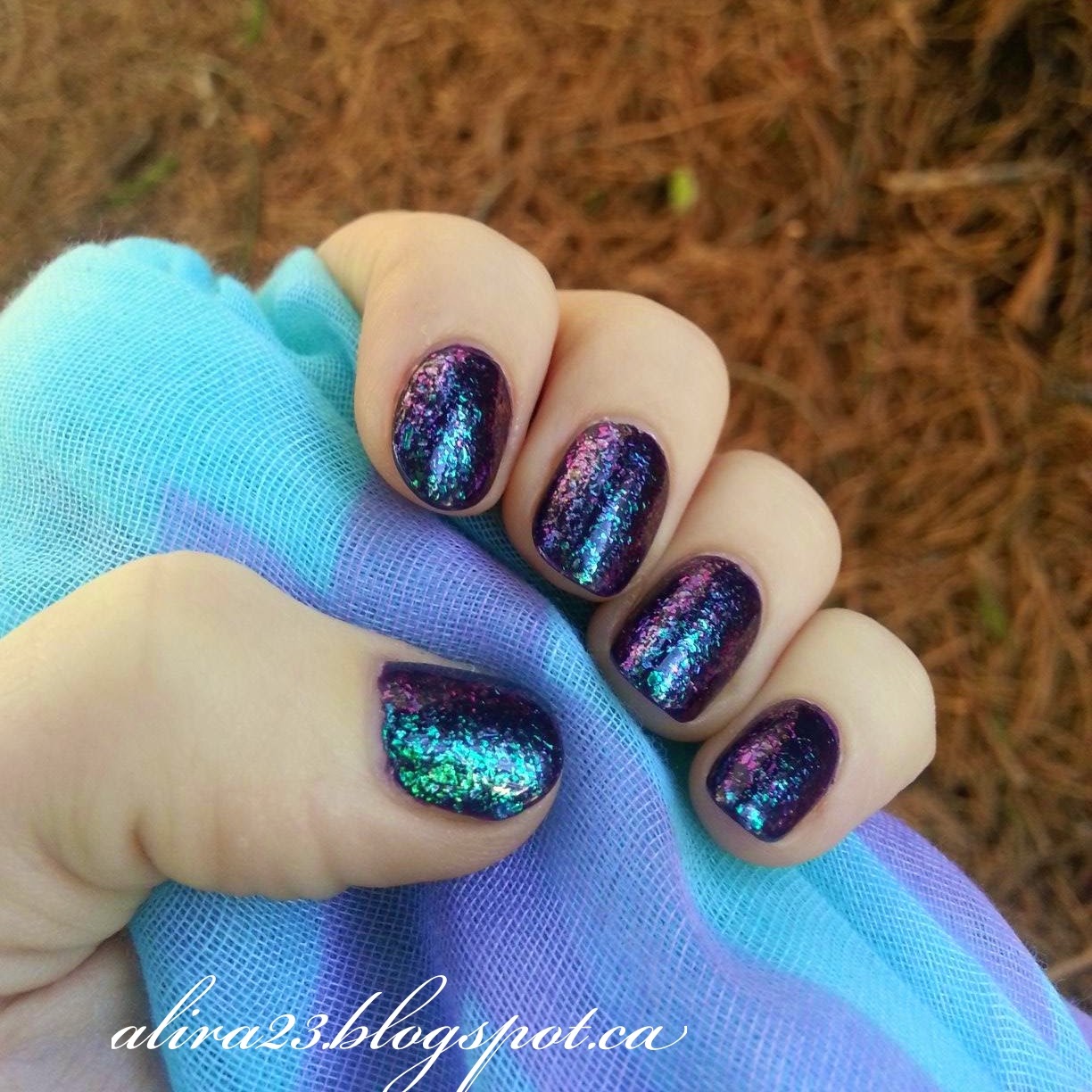 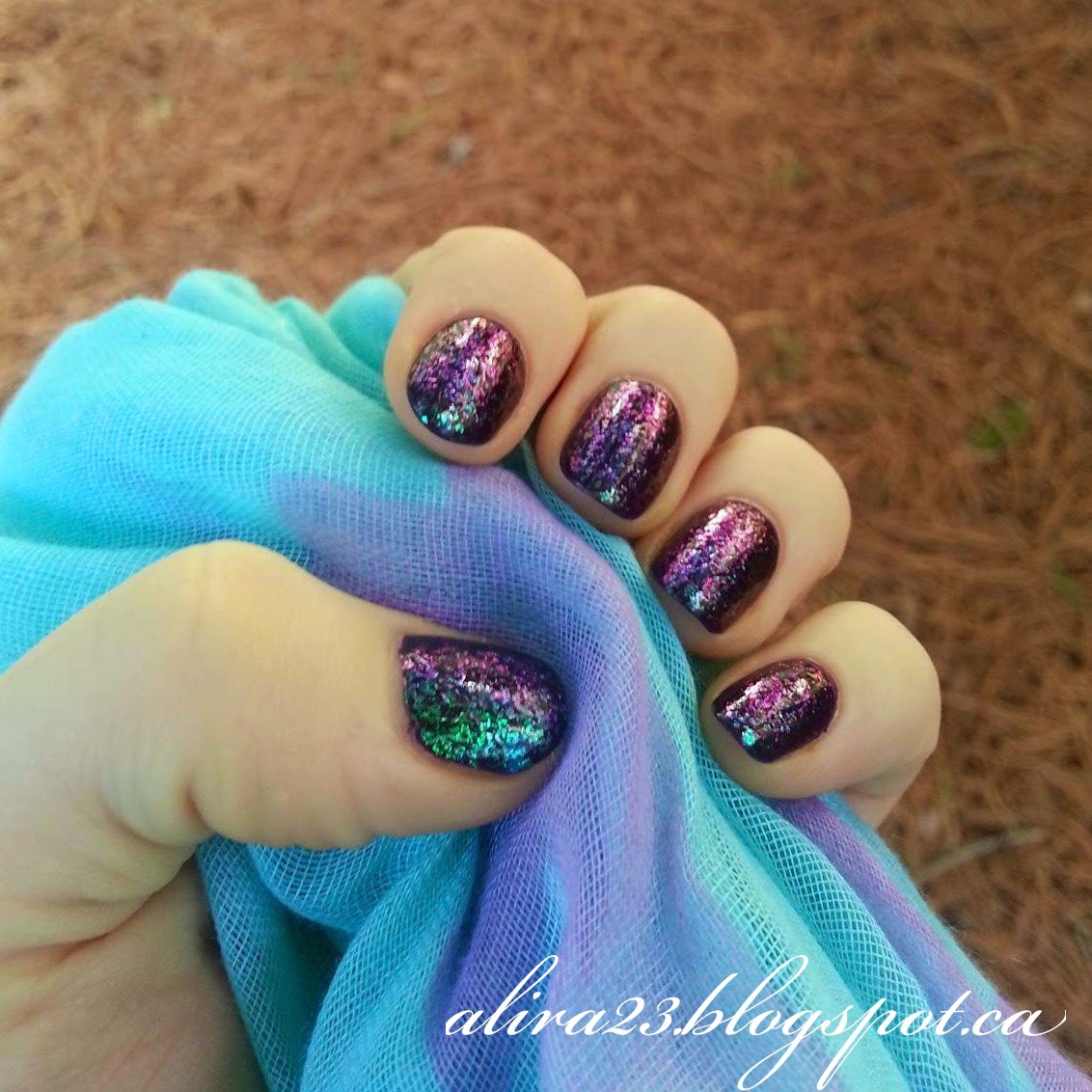 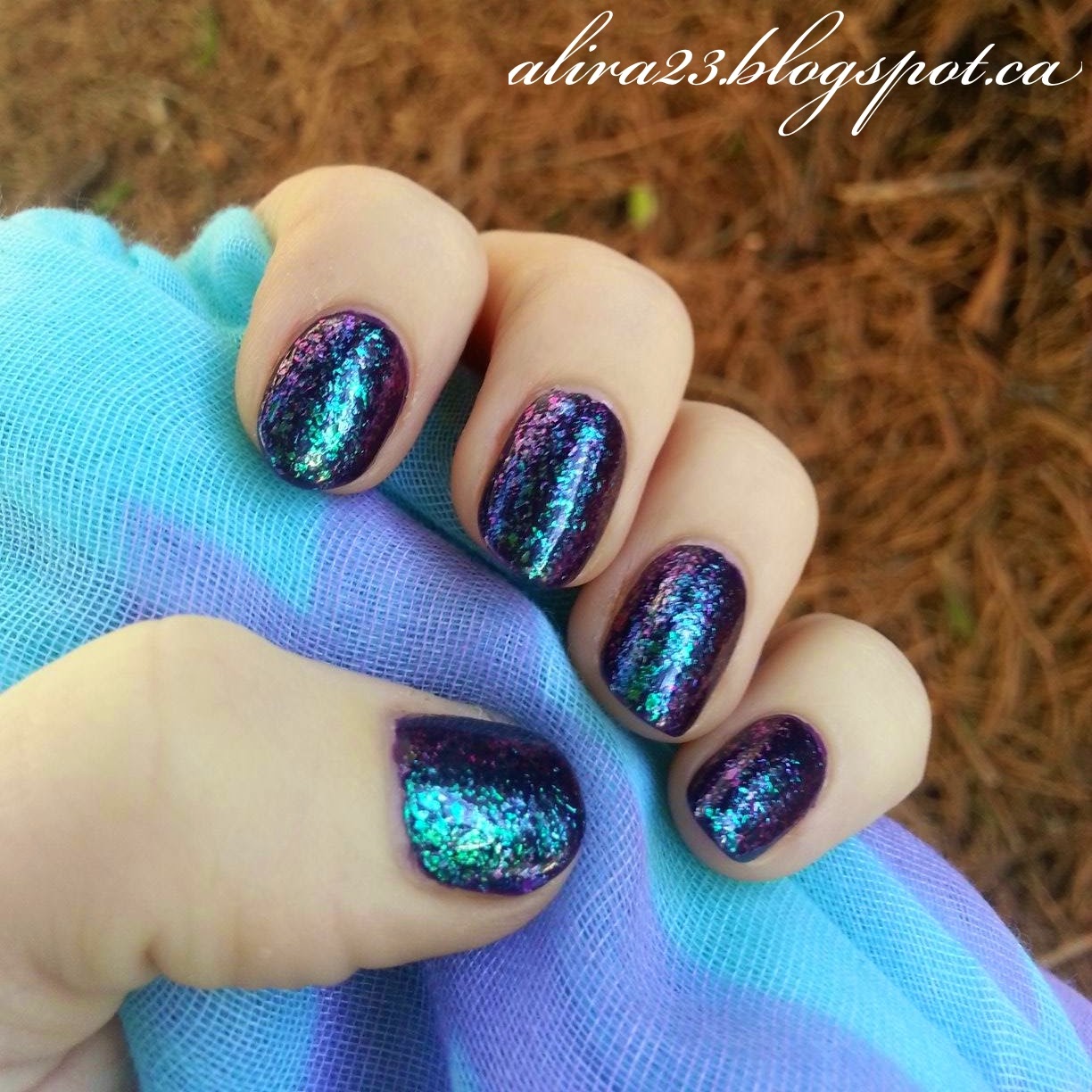 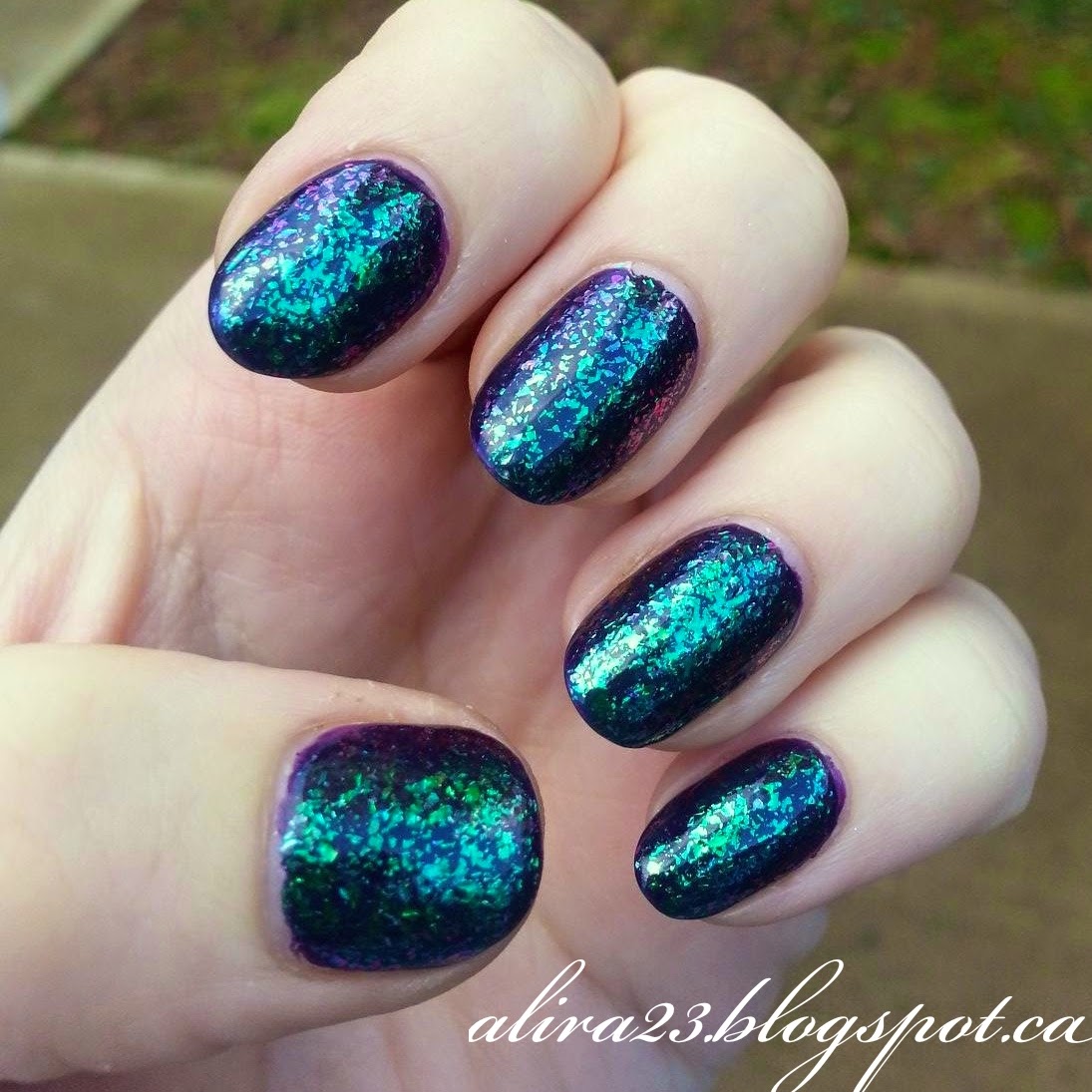 Hope you guys liked my photos! I'll be doing a few from this collection for the next while I believe I bought 5 of them and Sharra and I are expecting a package from Rainbow Honey soon so we'll have some new colors from them to swatch too!!