Halloween Pirate, with nails to match of course!

So on the Friday I went to a Halloween party with my boy-toy, and the only way for us to match was basically a pirate. It was a late party so I had plenty of time to do them =D I started with Julep Caroline and decided to do accents.

On my ring finger, I used tape (badly) to stripe on grey. I don't know why, but it seemed right. I used Golden Rose 187 and then with my second largest dotting tool, I made a skull and crossbones with KleanColor Silver! 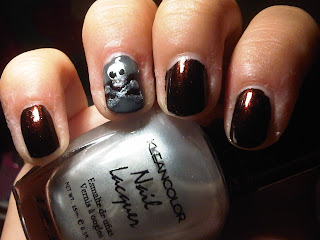 When I was done it was still missing something. The only thing I could think to represent pirates was an anchor, which I did with KleanColor Bright Gold and a paintbrush. I dotted the end with the large end of my tool, then dotted inside it with Caroline again to create the hole. 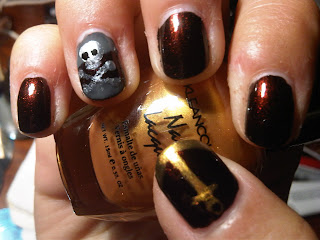 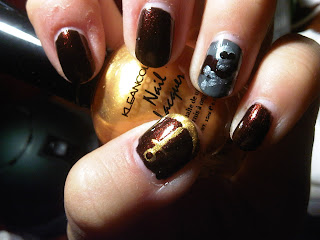 I really like it! It gives off a rich successful pirate vibe ;)

Oh! And here's our costumes! 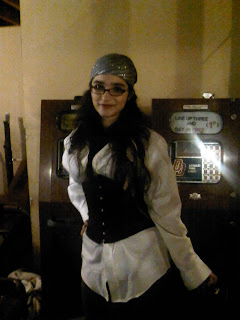 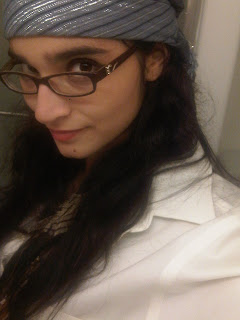 Better pictures will surface and I will add them here <3 I love being a pirate, it's so simple for me to do. That's Branden's too-big-even-for-him shirt, with a corset, leggings and knee high boots. I wrapped a scarf/bandana around my head and put on some eyeliner and lipstick with the feather hair extensions and voila! Easy pirate. Y'know, if you've got a waist-cincher corset hanging around =P

What did you dress up as for Halloween? Show me your fantabulous nails!
Posted by Unknown at 11:28 AM