Hey guys, I found this post I completely forgot about from back in October!! Damn my nails are long here!!! Wahhh I miss them!

So you may have noticed that the majority of my pictures are taken outside. This is because my camera is temperamental and only takes nice photos in natural light. Also because I like photos to be true to colour. That way what you see here is really what it looks like in real life. But as the weather is getting worse and worse I've been thinking about setting up a light box. I still haven't quite mastered it and I had to pull a ton of the orange lighting out on the computer. So I feel like these aren't my best shots, but here's my first light box experiment photos. *EDIT* I gave up on the light box after this because it fell apart, boyfriend is an engineering student so he has been making me one, but its been like a month since we've had time!

Anyways this is Kleancolor Chunky Holo Black Over OPI Black Onyx. This is a green to red glitter duochrome in a black jelly base. Its actually Sharra's, not mine btw. 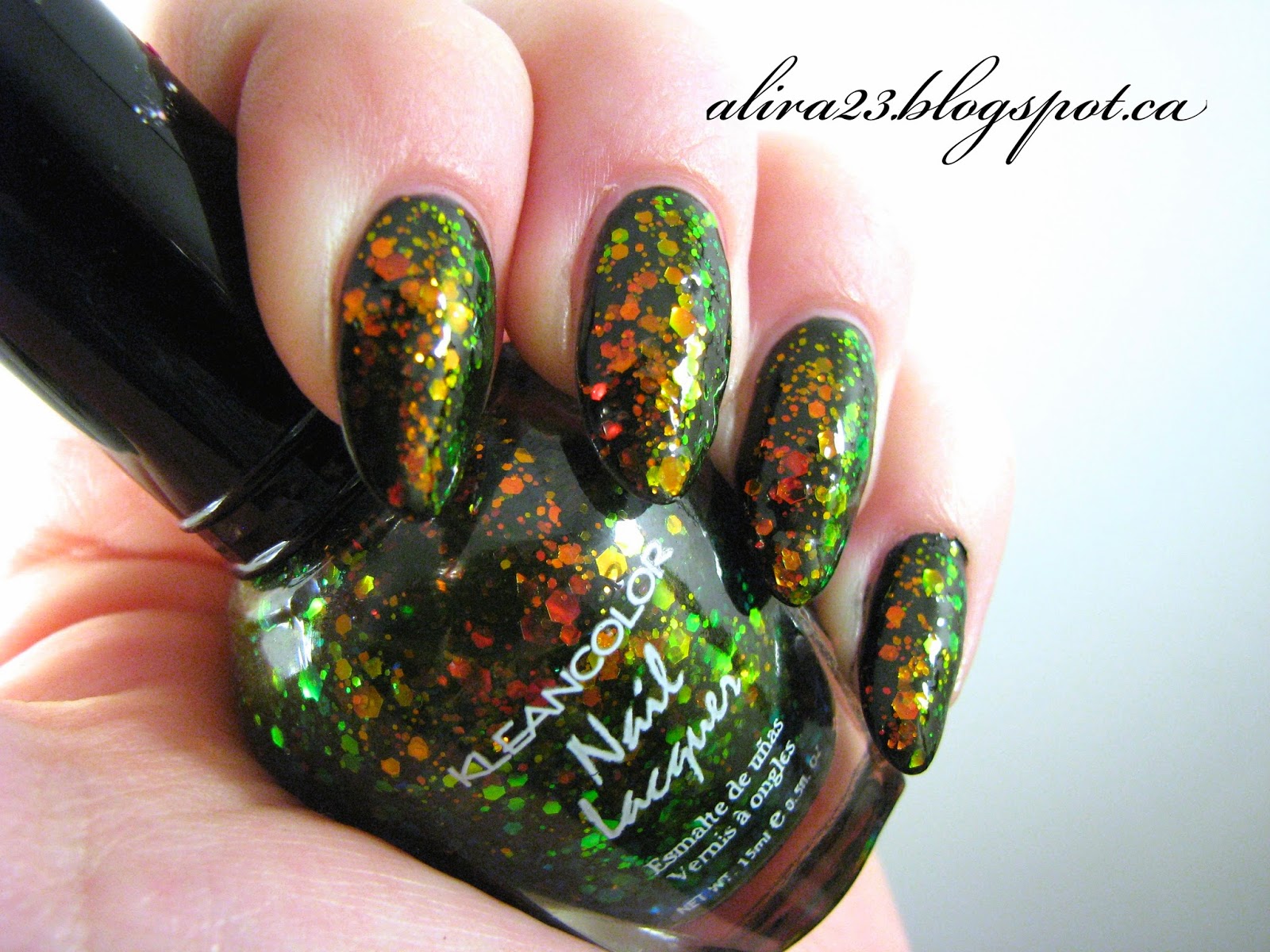 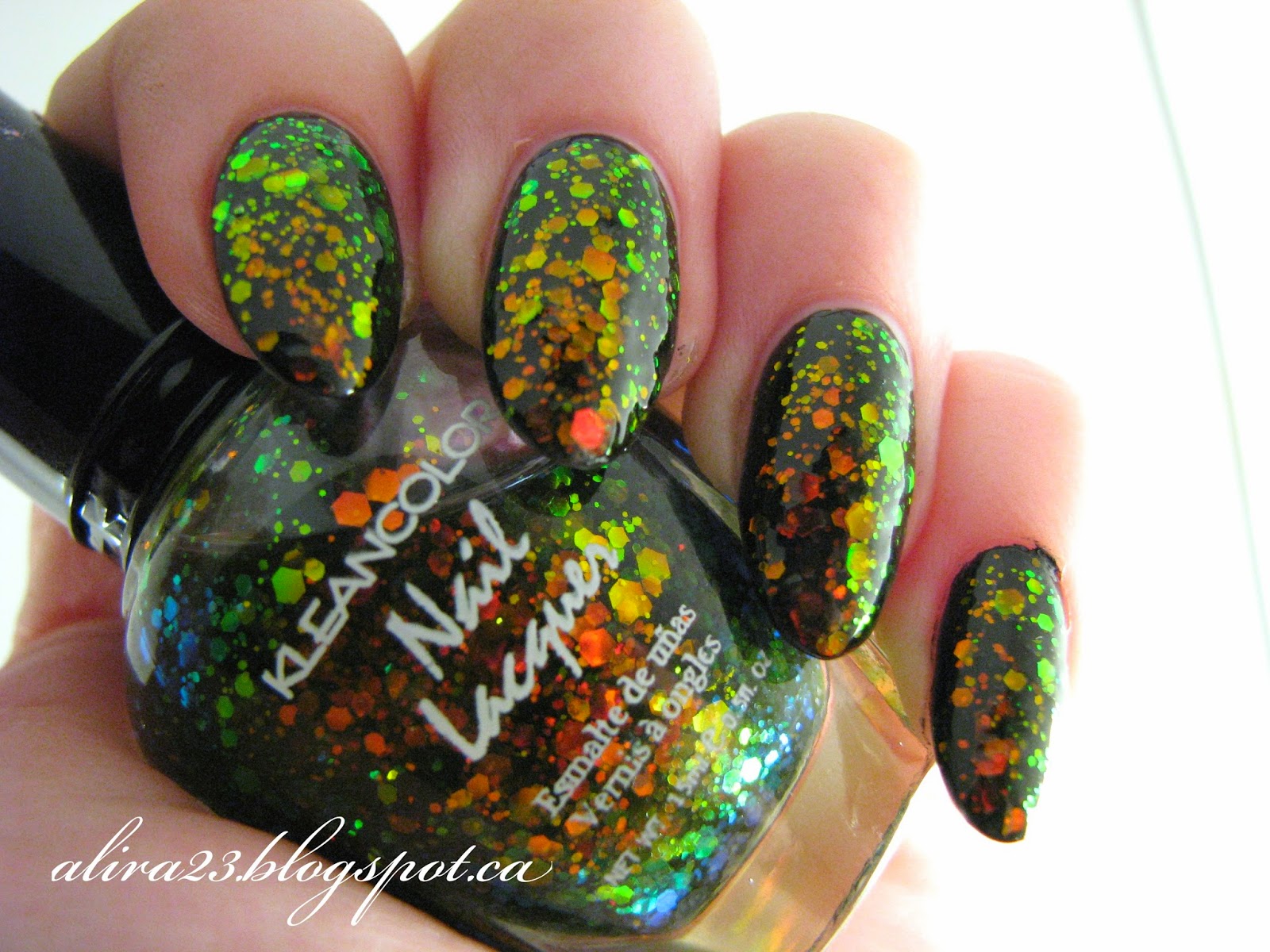 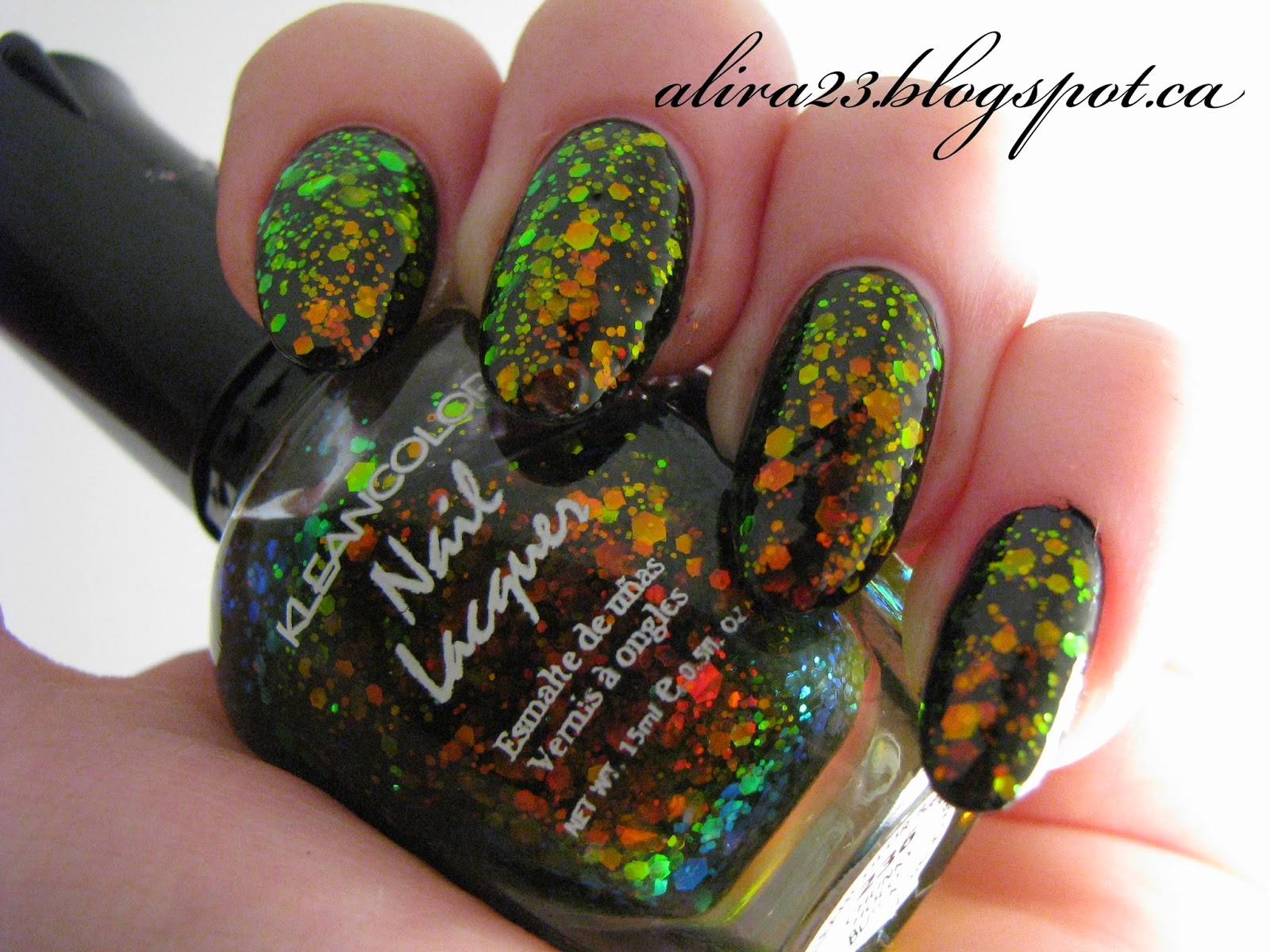 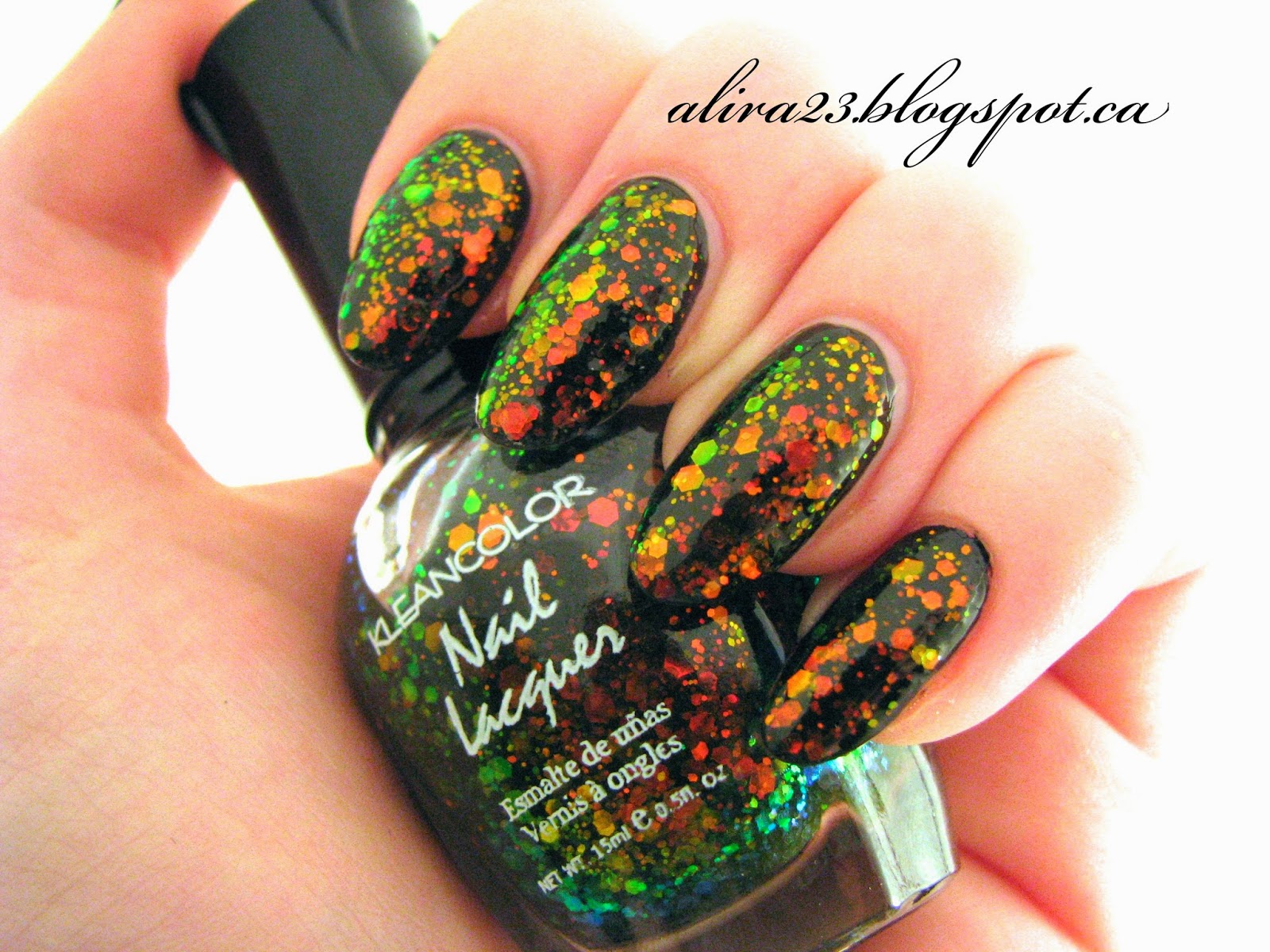 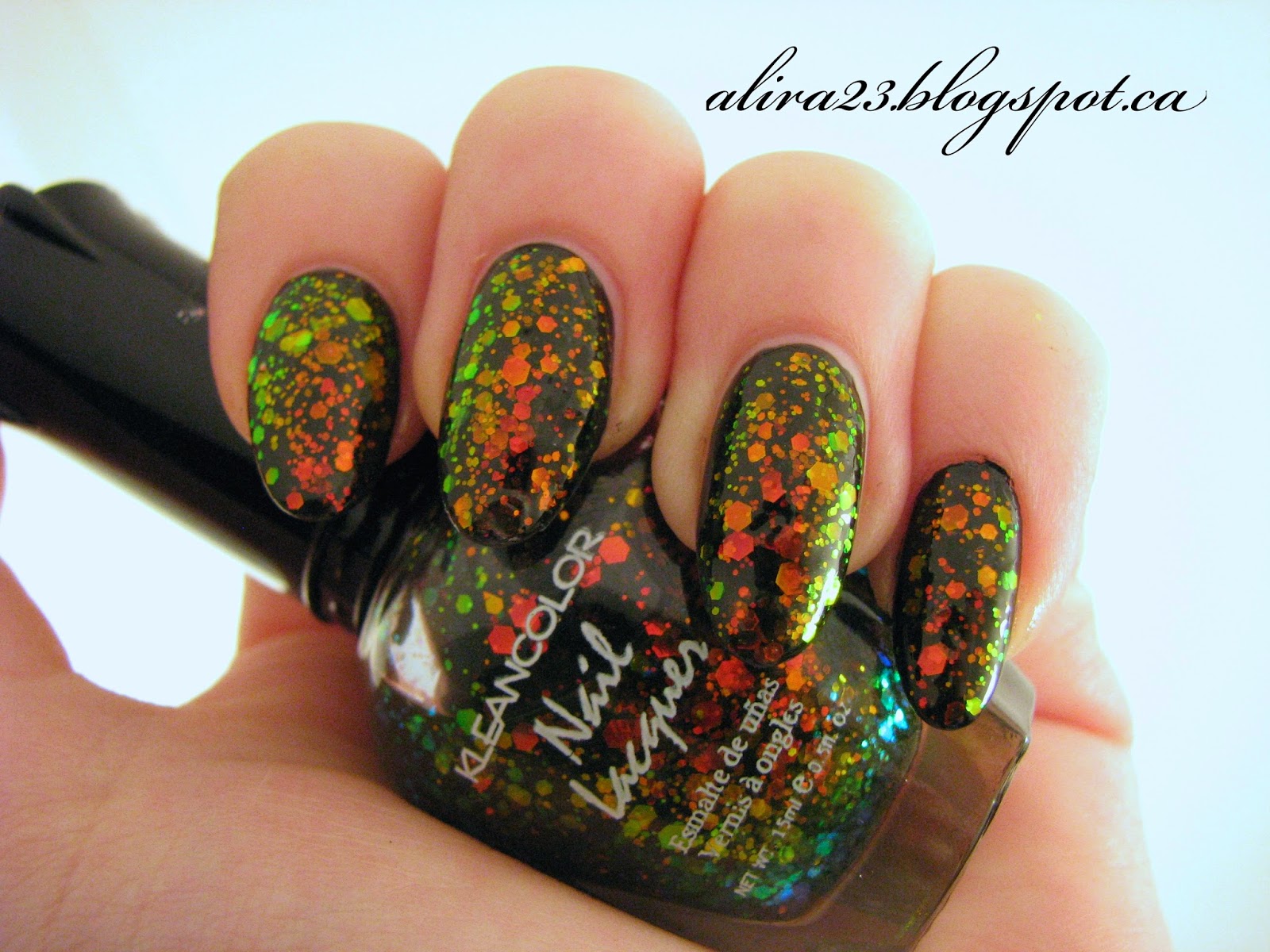 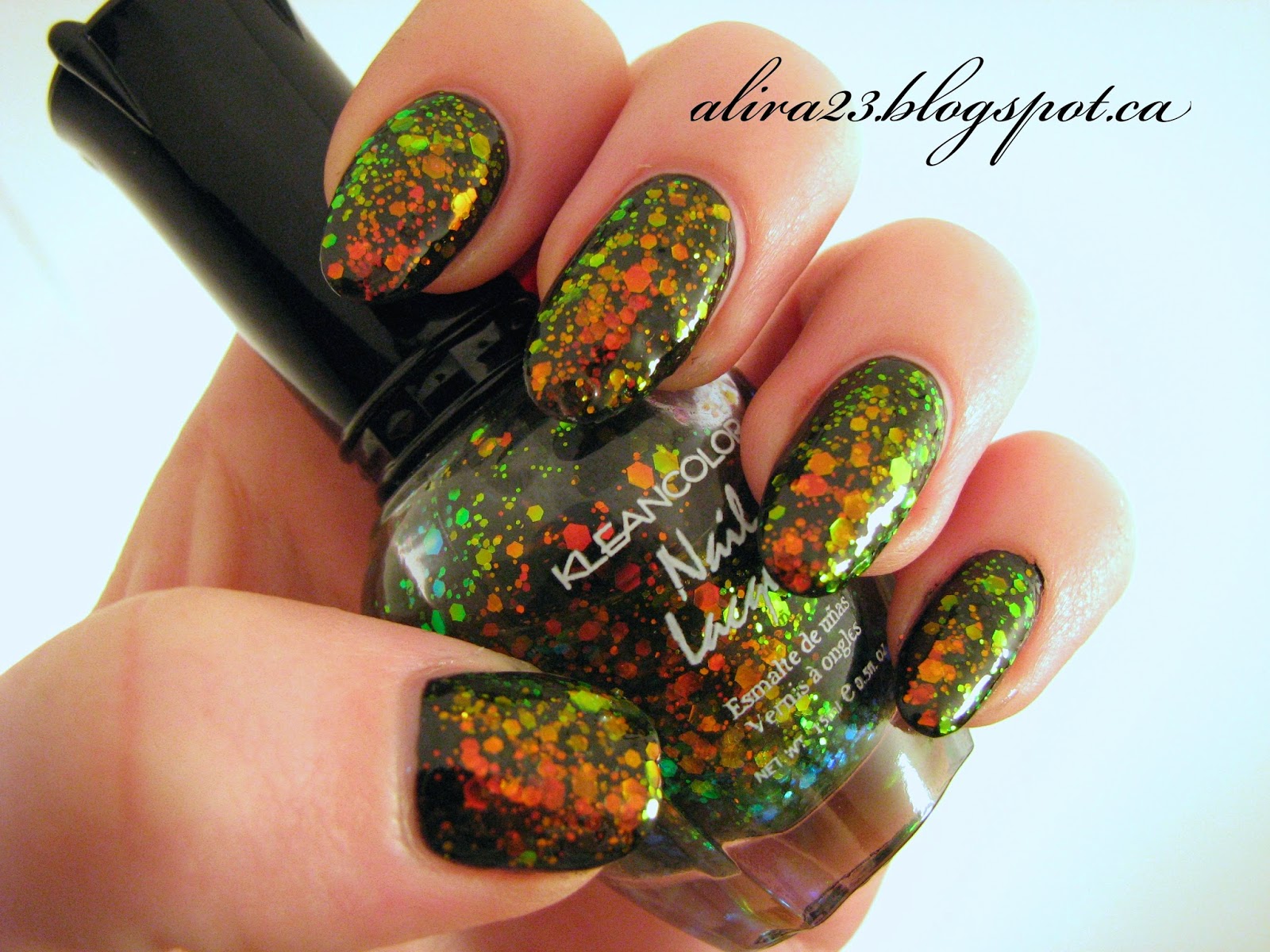 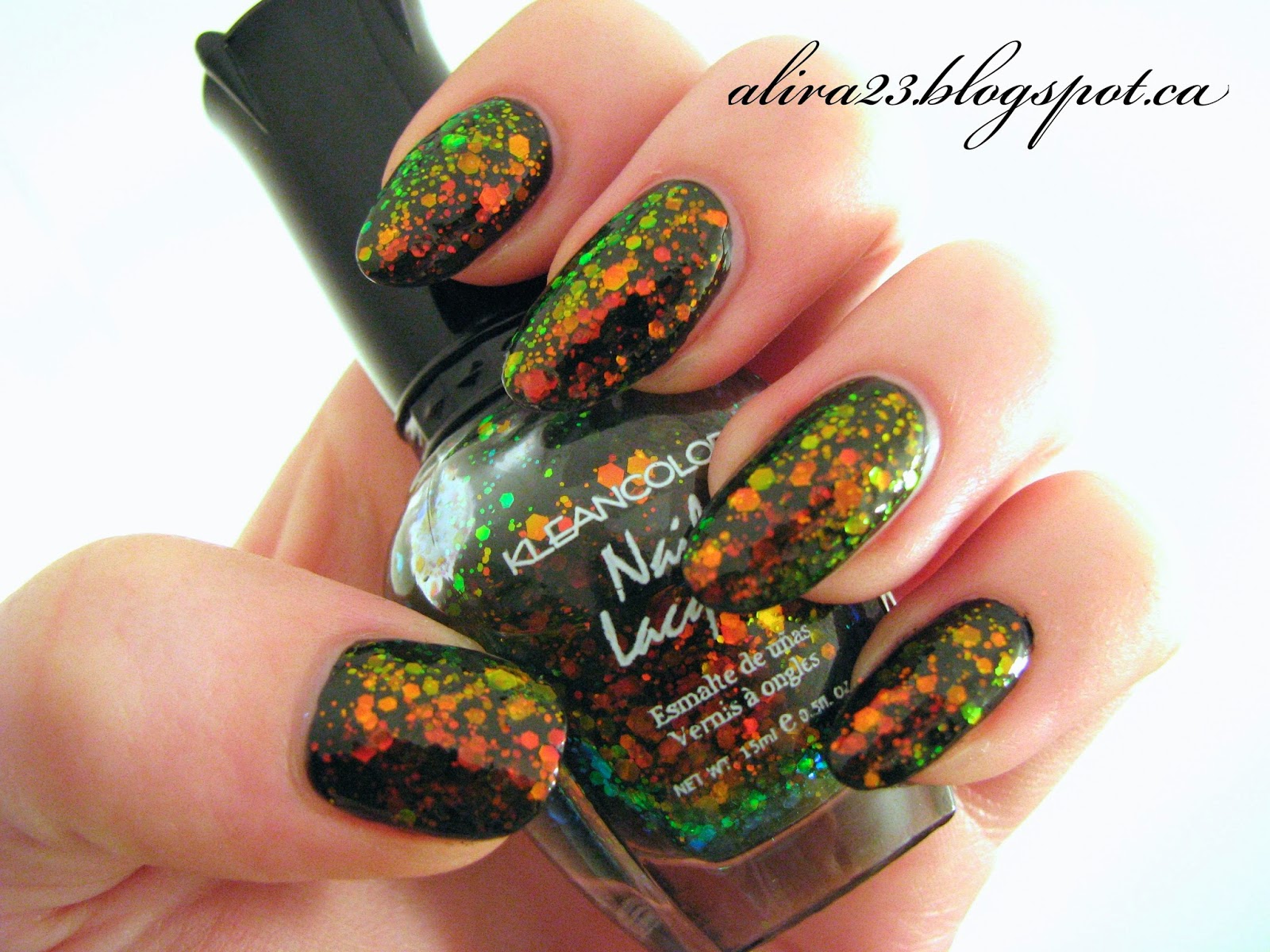 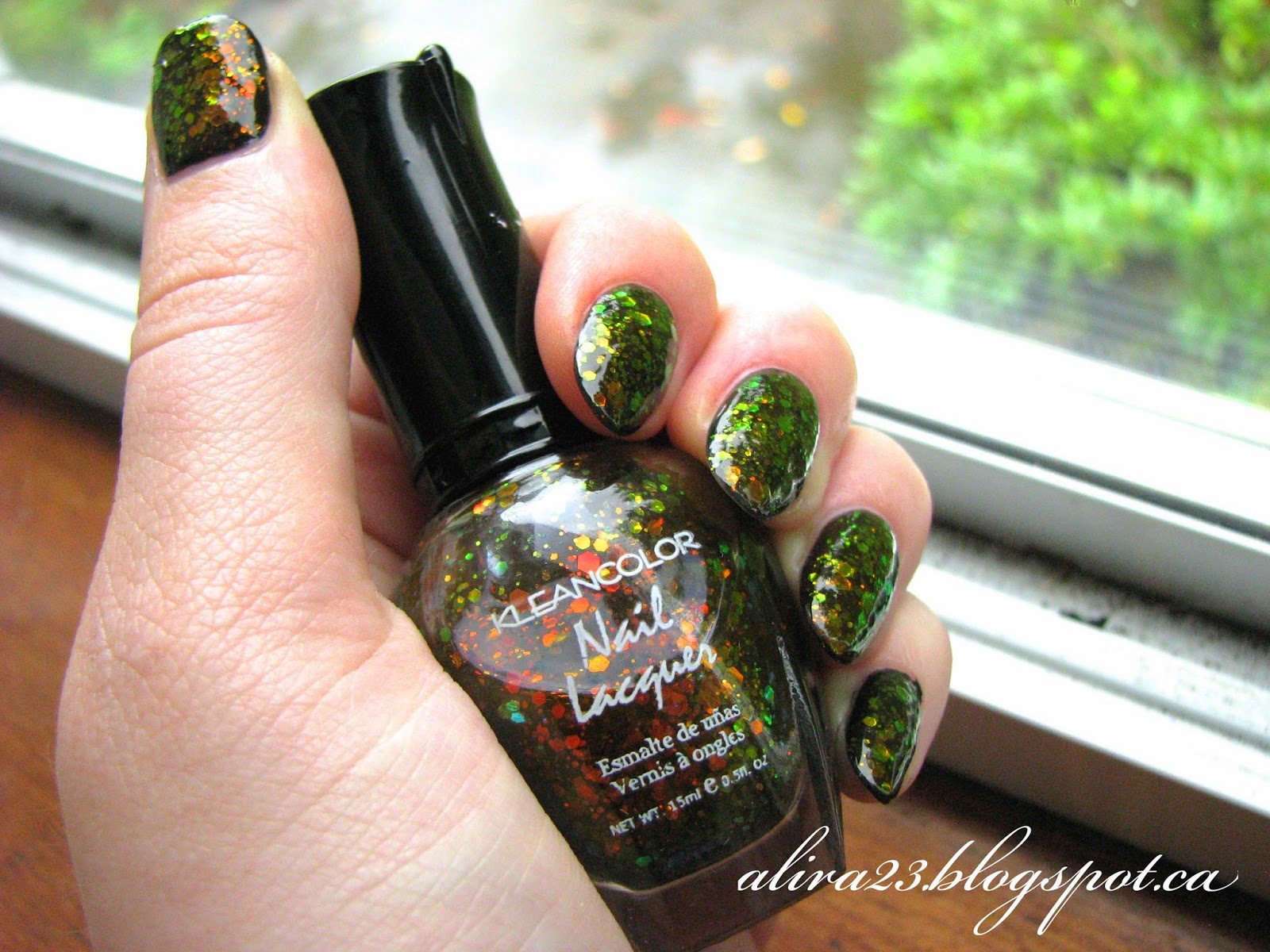 While I really like the look of this polish and I think its fairly unique, I'm not in love with the black base. I really wish it was a sheer base because then you could do so much more with it!!! Sigh. Oh well. It's still pretty cool and very shifty!