Oh my gosh I swear I have been doing nail-y things but this post has been so long coming because I really wanted to have it tested out before I posted anything! I won a Gel Polish Starter Kit from Influenster when I participated in their Sally Hansen Complete Salon Manicure VoxBox and I was SO EXCITED to get this in the mail, not the least of which because it was a complete surprise. I also have tried it twice before posting so you get the benefit of both times. 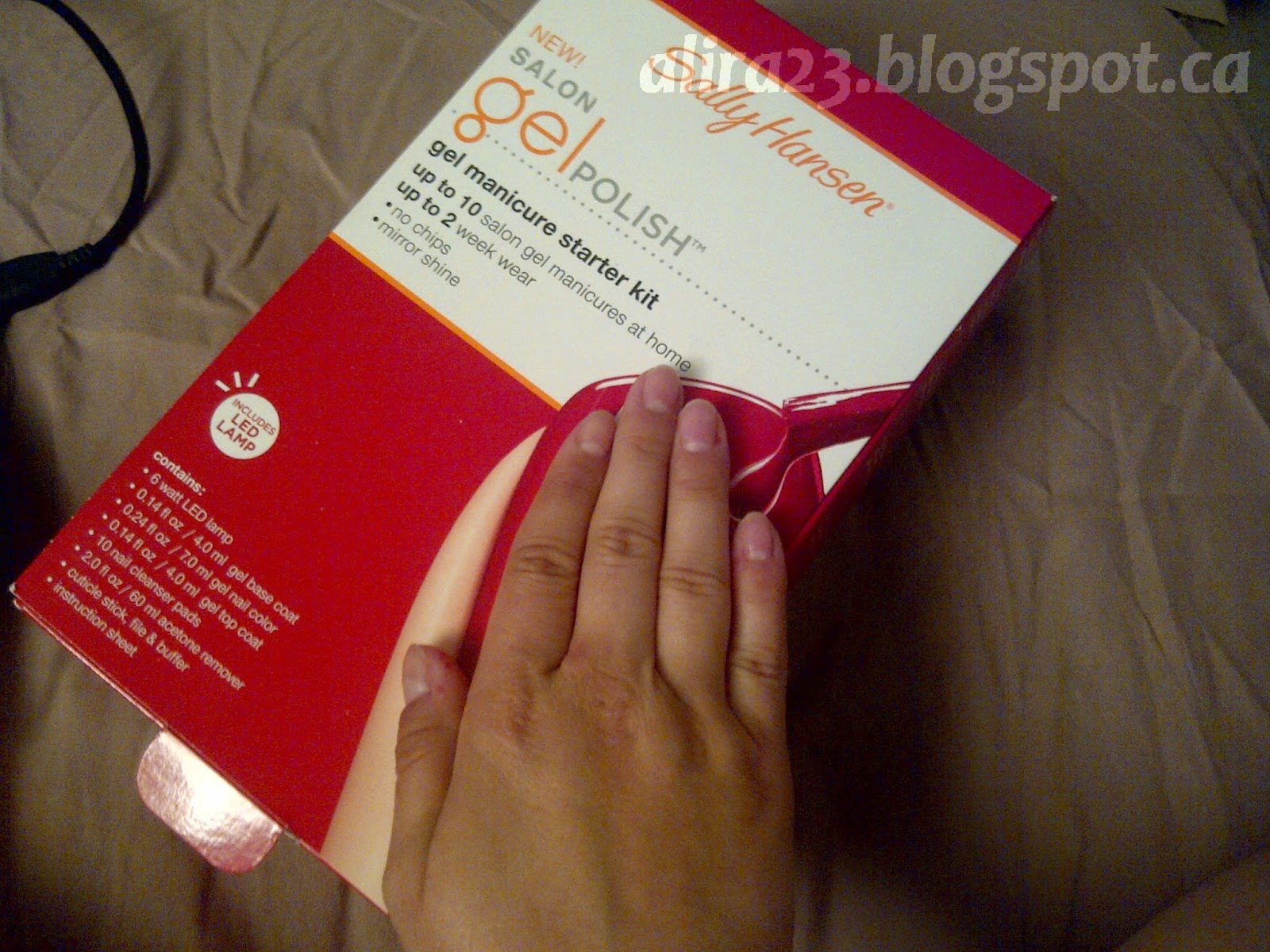 Initial impressions are good! I took everything out of the box  and everything fits back in really easily. Read the instructions! When you plug the light in it turns on right away for about a minute so be careful and try not to look directly at it.

Doing my nails this way goes much much faster than with normal nail polish because dry time is 30 seconds. That might have been my favourite part, hah.

So this first set of pics... I did one layer of each and it looked fine in real life but my camera clearly didn't think so and it appeared super patchy. I assure you it did not look like this when I looked at it but live n learn. Oh! And this is Red My Lips, of which I also have the CSM version from the VoxBox. 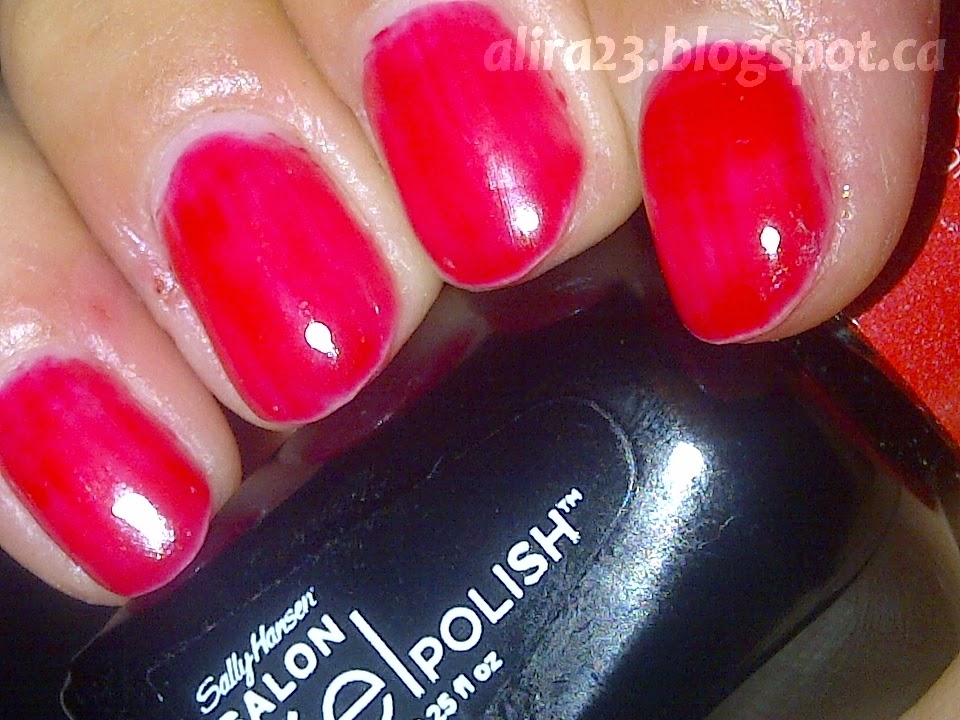 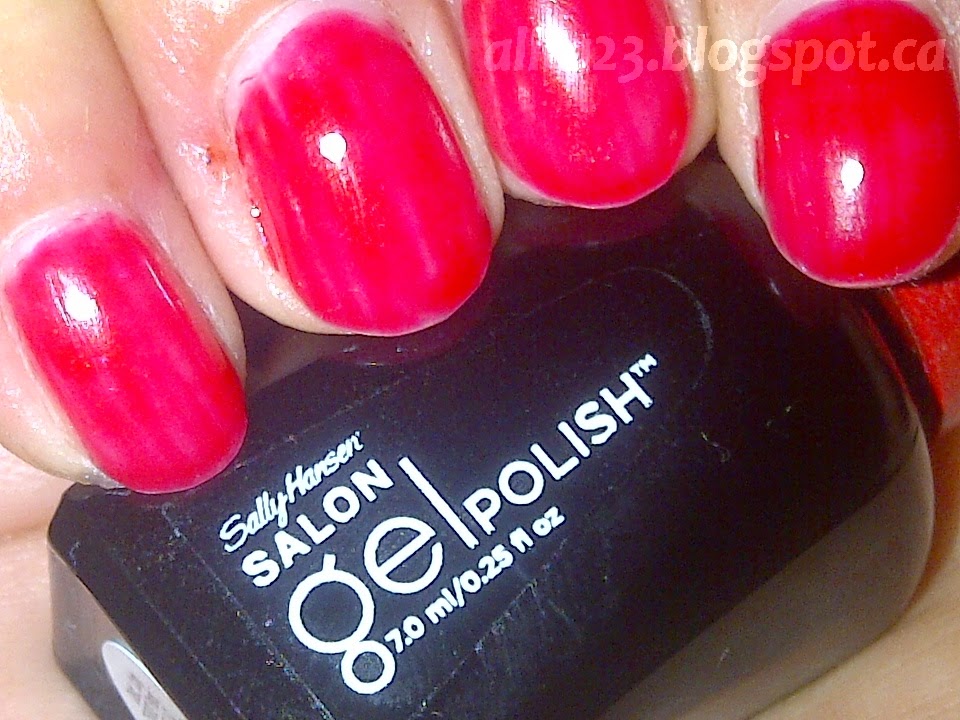 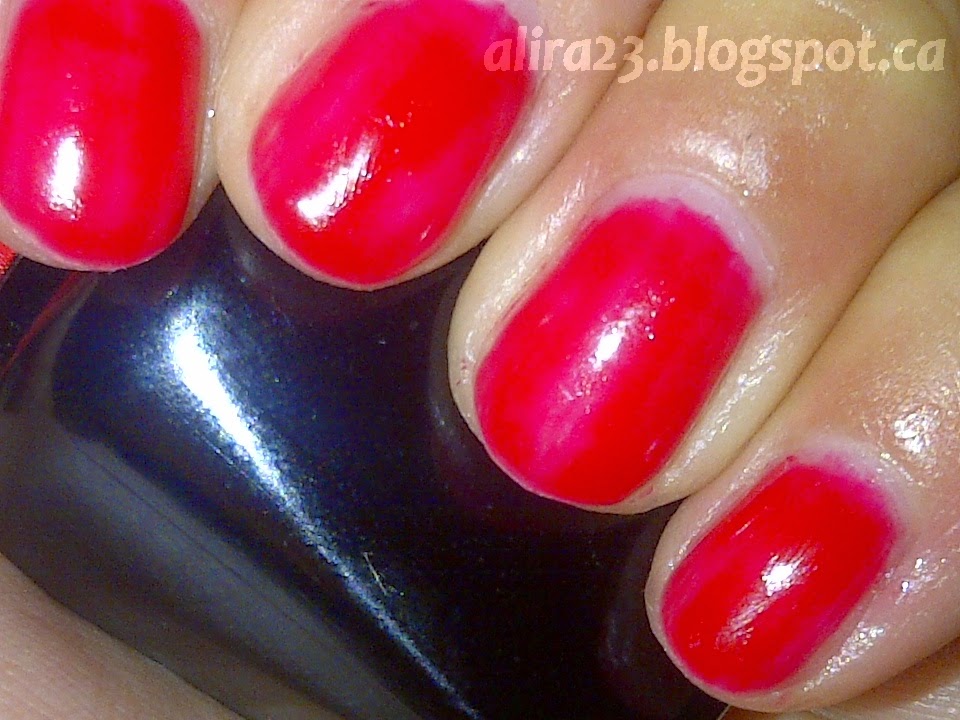 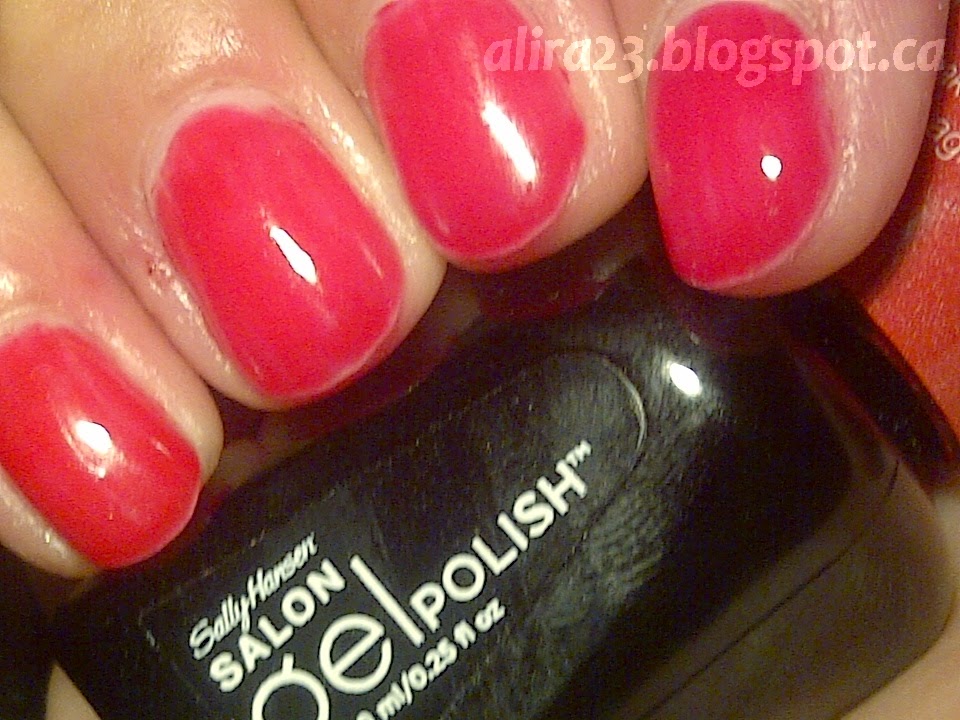 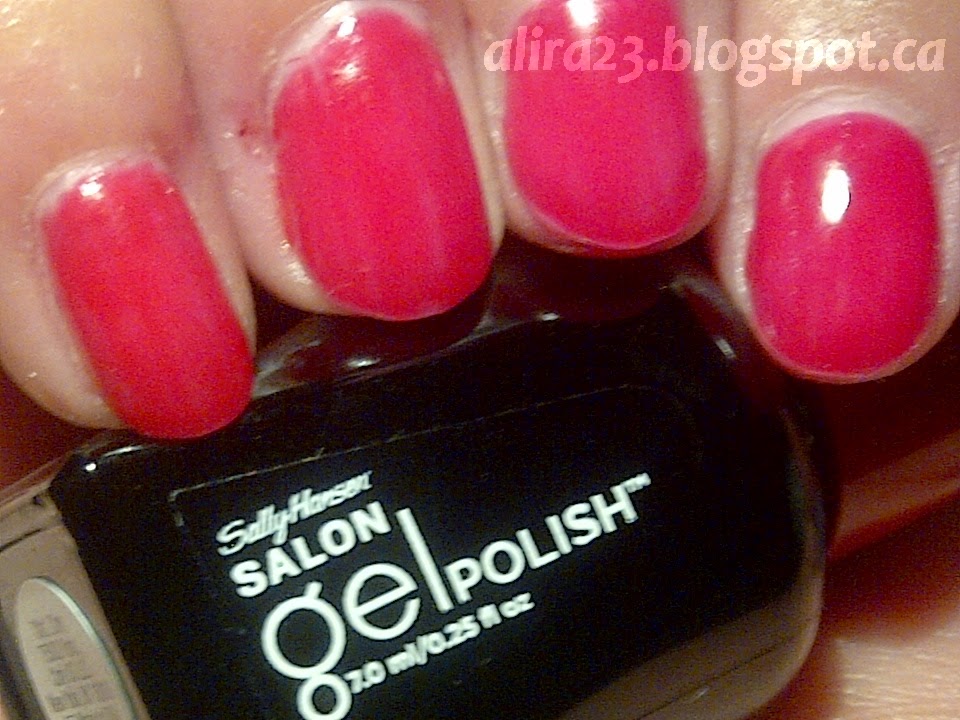 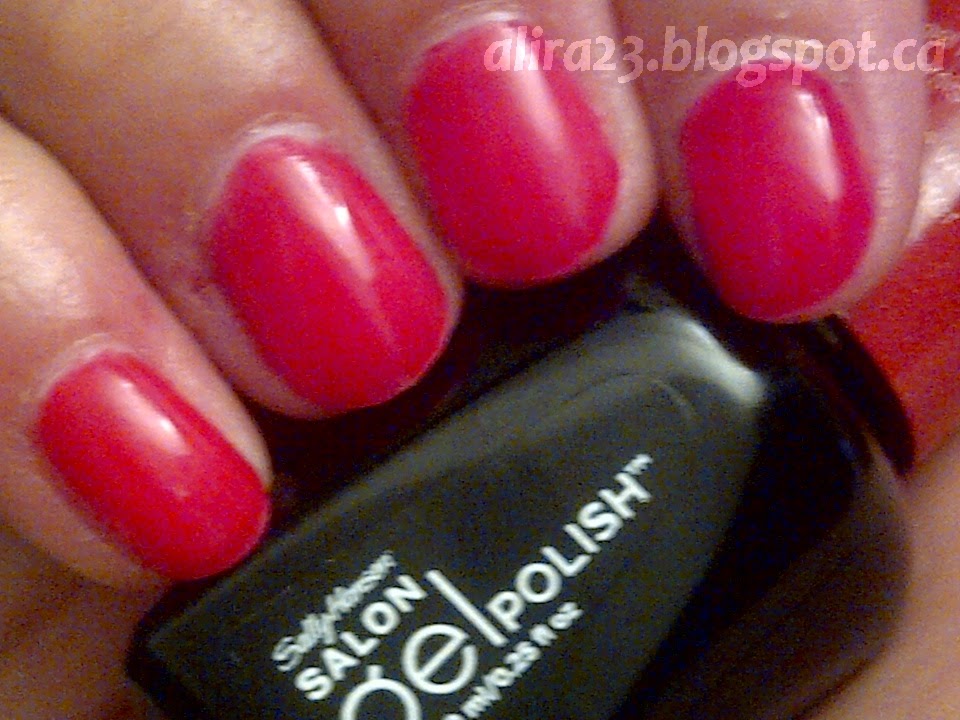 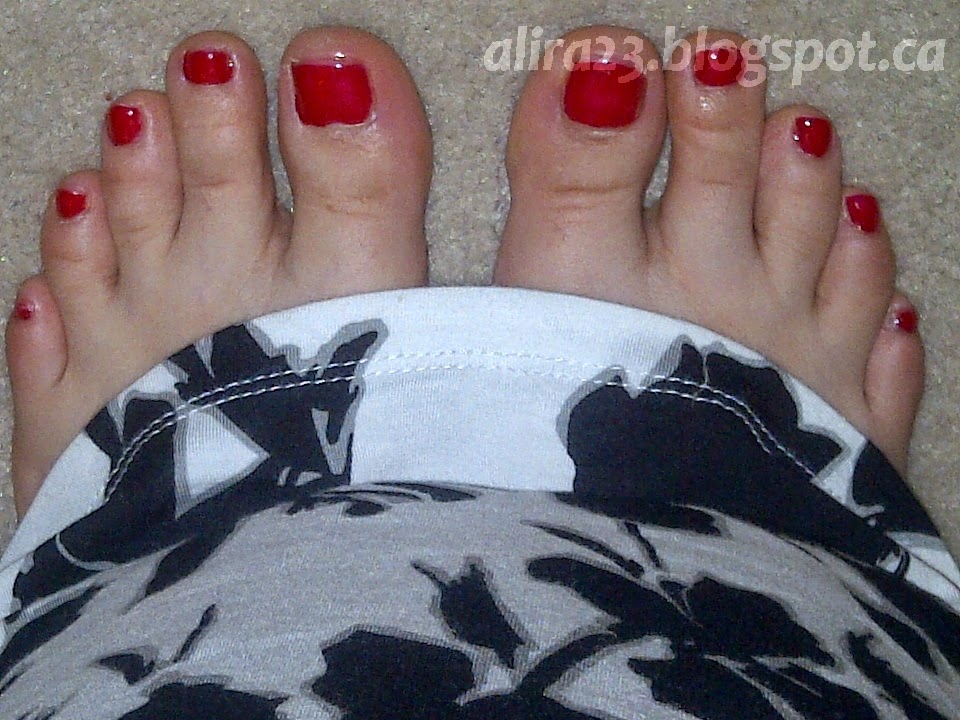 So that was the first time. After about two days I peeled it off and it came off really easily and all at once, which is nice BUT I expected it to last much longer when it's advertised for "up to 2 weeks". Toes still going though.

About four days later I painted again and this time I did two coats of red after the base coat and one coat of topcoat after. It looked way better in photographs and I had gotten better at using the lamp and getting everything done.

The photos below are after two days of wear and I can't see any chipping or tipwear.... and they're so SHINY. 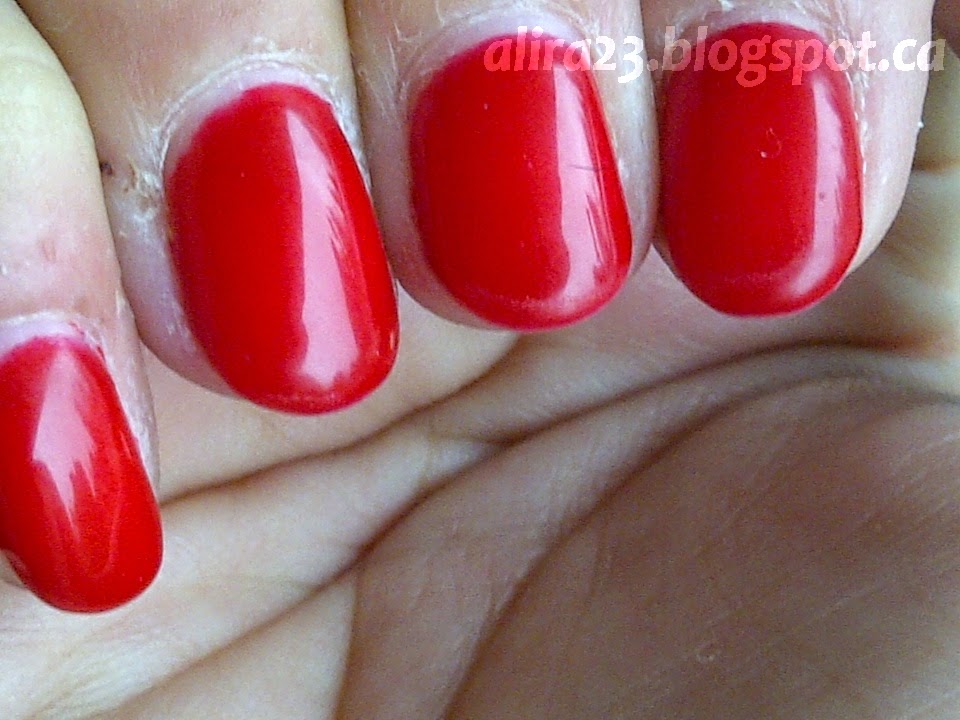 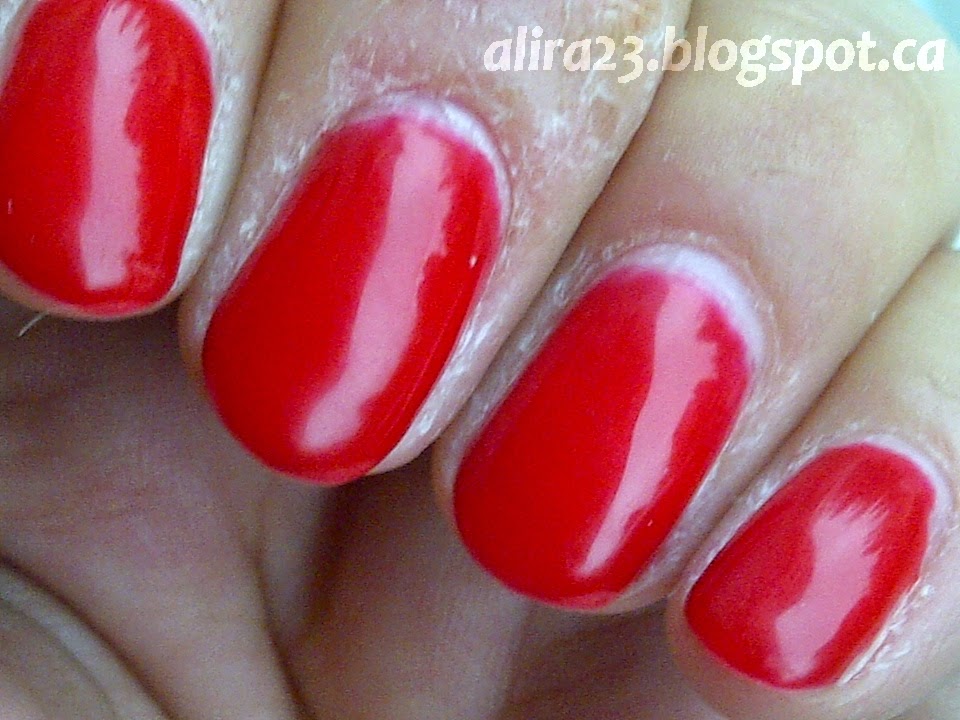 About three days after THAT (5 days since application) I got a chip on my middle finger of my right hand. 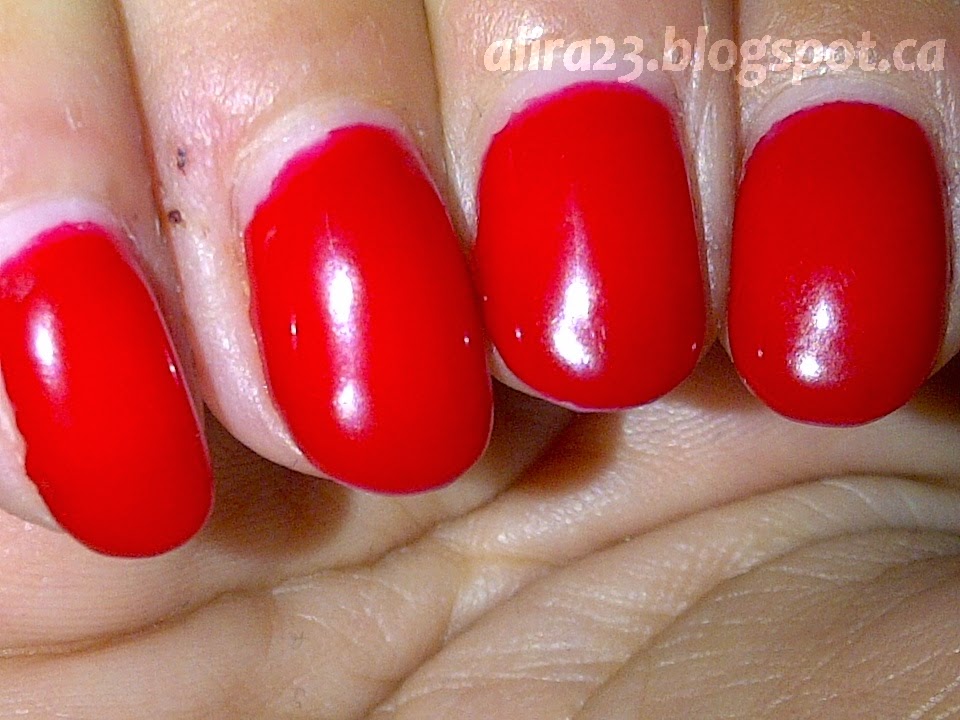 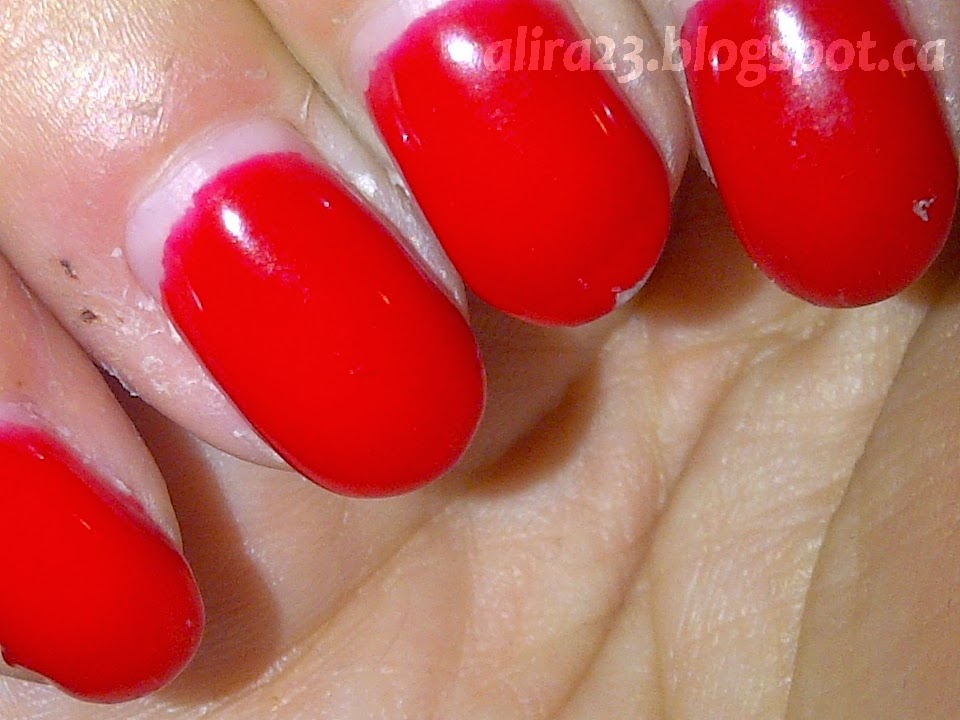 A day after that I started peeling =P The pinky was ready anyway because I had applied incorrectly o something and the side was bumpy and shriveled and therefore easy to pick up and grab onto. 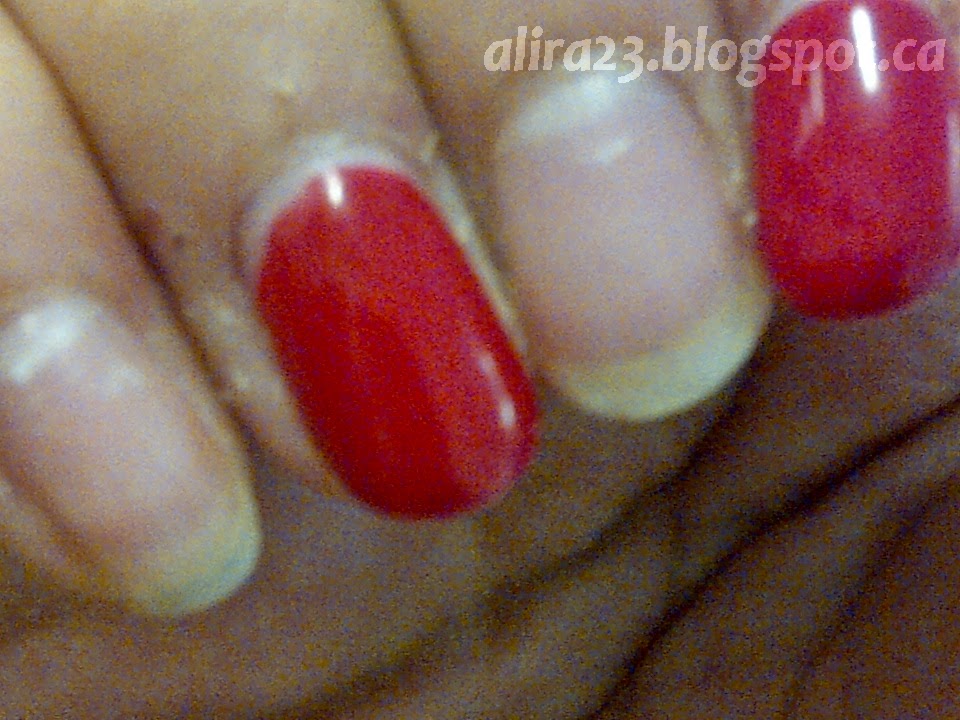 Left hand is still good though! (I'm lefthanded too, go figure the right would go first) 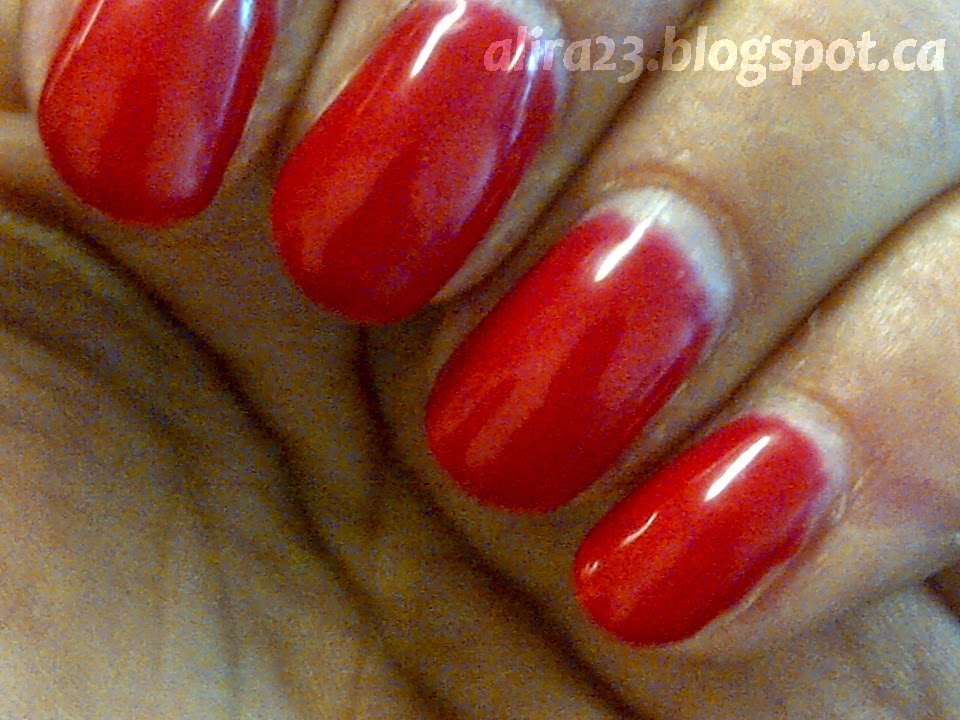 The next day I'd peeled them all off, giving this a total of one week which for me is a really really long time. I'm pretty impressed and the only thing preventing me from doing more gel nails is the lack of colours I own. Also, I don't think there's too much glitter and stuff for gels, so I'm not sure I will ever completely switch over BUT for someone that likes to get their nails done in solid colours I think this is a good investment (but pricey yes). Retails at Target for $69.99 last I checked but bottles of gel polish make good gifts so building a collection may not be as bad as it would be for me.

Anyway, there you are! Thanks for reading this whole long post! Have you tried gels? How do you find an at home kit compares to going to a salon and getting them done?