Hurrah techniques! Since having Bandi Glittering Dark Khaki on my nails had me thinking of the night sky, I decided to go back to a design I've done before: Aurora nails. BUT I skipped the hard parts ;D

Okay, so first step, sponge on some blue! Sally Hansen Blue Me Away. You're allowed to be messy because we're painting over it. 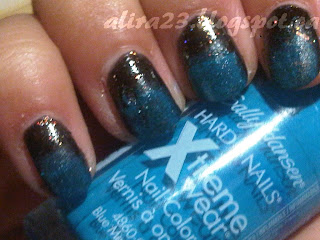 The last time I did this, I watermarbled after this, but this time I skipped it and went straight to the neons.

As before, WarPaint Bad Apple and A Mile Away =3. I painted at the edge of the blue for the most part, but didn't follow it or anything.

Bad Apple (the green) is much more opaque than A Mile Away so I treated them differently. The green was painted on first. 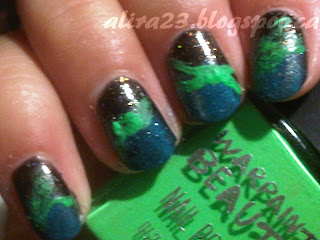 Then, in the thicker parts, I painted on several layers of yellow. I then picked up a dotting tool and Ulta Snow White and dotted for some stars in the sky, as well as putting a dot in the thickest part of the aurora. I put another coat of the yellow to spread the white around into the... thing. 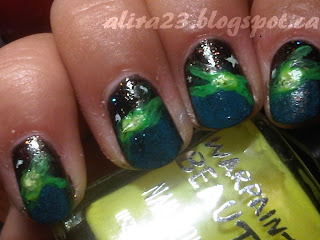 Essence Black is Back is the easiest part, I painted along the edge of my nail and then used a BPS striper brush to swipe upwards for the treeline. 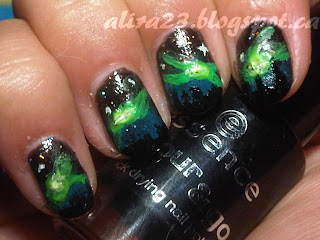 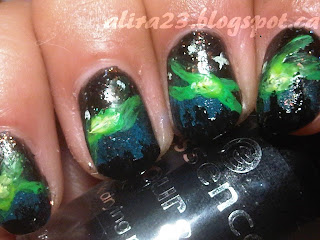 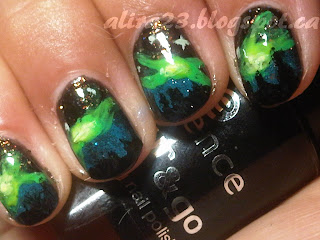 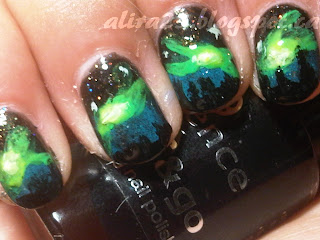 The other hand turned out alright too! 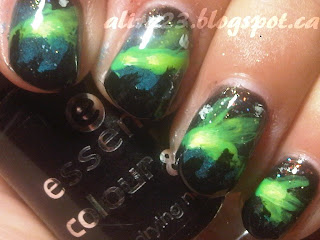 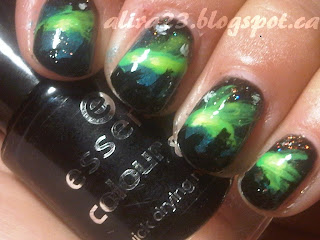 So now this is definitely a more attainable design to those of us who don't like watermarbling!

I would change one thing, and it would be that laste time I put a layer of Sally Hansen Urban Chic, a silver holographic glitter topcoat before sponging. I think because of the cool colours throughout this design, Bandi Glittering Dark Khaki doesn't quite fit.

What do you think? I hope no one minds I revisit techniques...