So waaaay back last year, I hit a bunch of Black Friday sales on Etsy and Glitzology was one of my hauls. I got four minis for something like $15? One of those glitters was Snow Day, which just looks like different bits of white but actually includes some iridescent blue/green stuff too! It is BEAUTIFUL.

After I euthanized my poor Growlithe (still in mourning) I snipped down to shorties and put down Julep Marisa for a base and swiped on coat of Glitzology Snow Day over it. 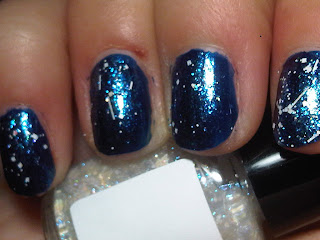 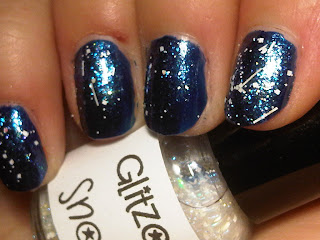 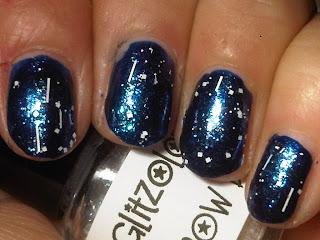 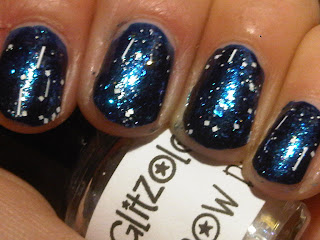 I am so enamoured. It's pretty and it may help me get over my poor Growlithe <3

What do you think? It was Lacquer Lad who found Glitzology first in my follow-web <3 Are you gonna go look too?
Posted by Unknown at 9:00 AM