So based on yesterday's post, do you guys have any guesses? ;)

Started with Pure Ice Blue Midnight of course and took out my trusty Sharpie! I based this part of the design on the zombie brains from Sonoma Nail Art but y'know, only loosely. 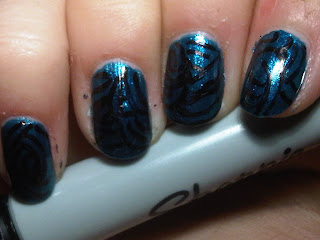 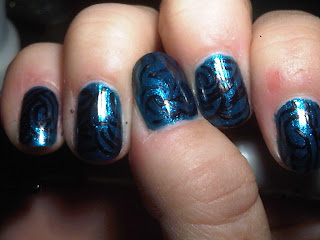 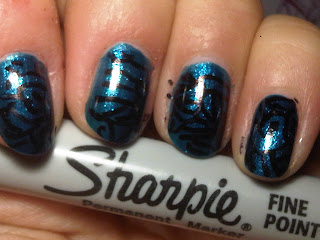 After that I used my Windows Polish (from when they did the Polish Bar in my local mall) and painted along between the lines I drew. 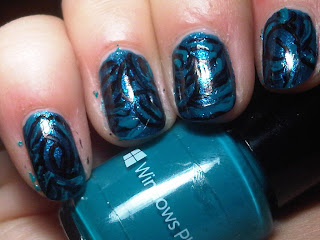 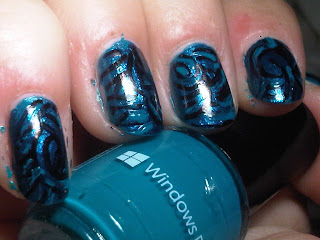 Looks a little weird, but definitely brightened it up and made the darker parts easier to see! You guys should have some idea now, right? I used acrylic paint for the white and black, and Julep January where there's red... 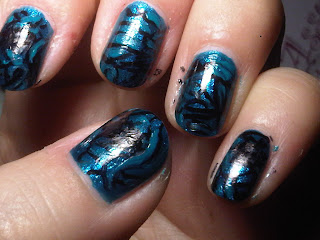 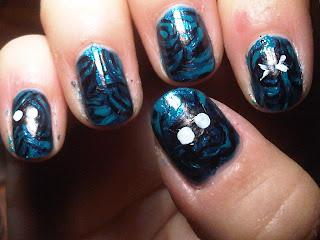 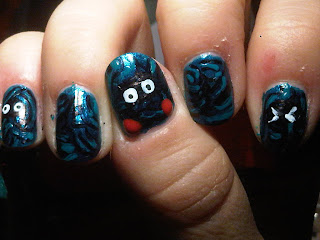 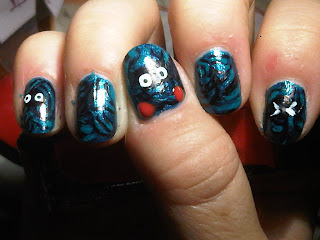 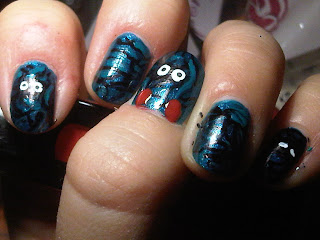 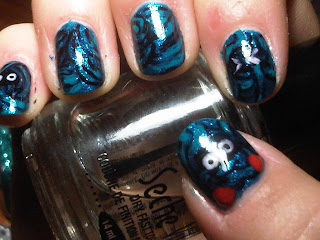 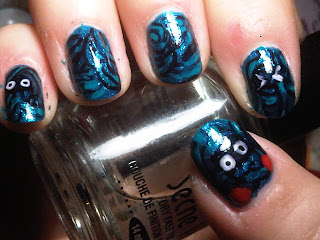 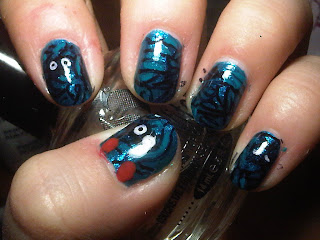 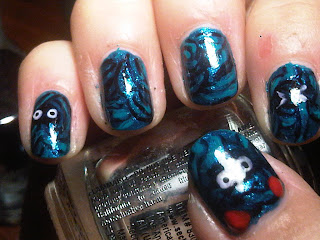 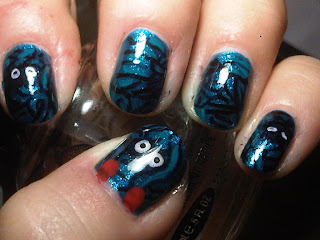 Though not my favouritest grass pokemon (I mean c'mon, BULBASAUR), I thought it would be out of the box and make for interesting nails. Guess what? It did!! =D