As you may remember, my Chester's Drawers prize included TWO polishes. Though they were perfect for each other, I didn't want to double back and do another Essence I Love Bad Boys underwear again.

From yesterday: Essence Out of My Mind with an attempted reverse gradient of Model's Own Ibiza Mix 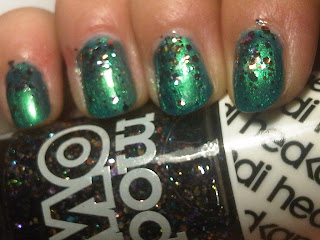 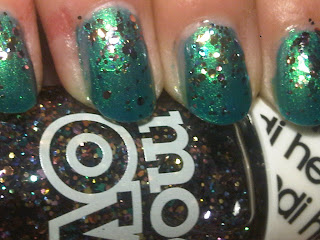 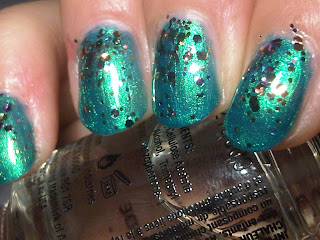 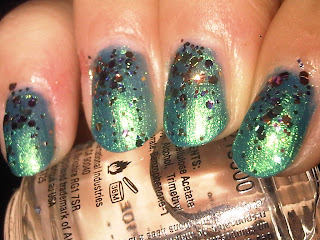 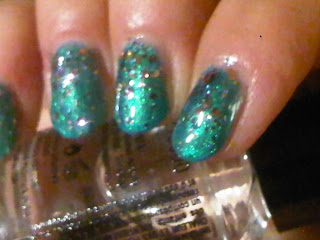 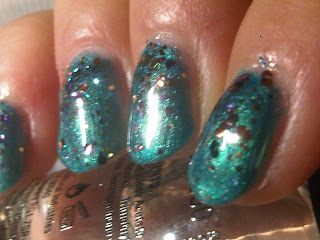 This glitter had really nice spread, and the particles scattered evenly and it looks really really good (like dang!). I swiped once, and then tried to dab near the cuticle to get a gradient going. I'm not really convinced I succeeded but it looks pretty awesome, especially with how shiny it is after my Seche. =D

What's your favourite Model's Own? This is my first, and unfortunately probably last, since it's so hard to get in Canada.

Side note: Do you guys wanna see a Christmas presents post? I didn't get much nail polish (I didn't want any - I don't want people getting me doubles, or things I wouldn't like) but I did get some cool stuff and a LOT of chocolate. I've had two chocolate oranges already and I feel a little sick xP I used to be so good at self-control haha.

Feel free to tell me about your Christmas! I'd love to hear/see what you got, kay =D
Posted by Unknown at 5:34 PM