Yesterday you saw Spirit of Wonder which looks like a blizzard or... candy. I knew I'd have to tackle a watermarble eventually and here it is. The first ever.

I used tap water, lukewarm, and for polish I used Julep January and the Windows Polish Bar teal that I got for free =P I also used some clear polish from Golden Rose to try to show the basecoat through.

First up, the importance of tape... 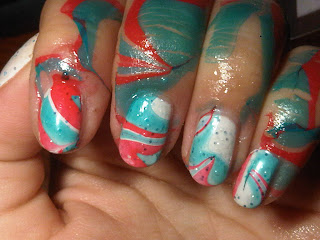 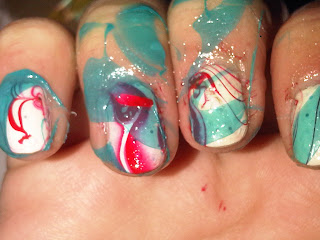 Above (second picture) is my right hand, the first attempt. I first tried to use Sinful Colors Irish which did not show up AT ALL so I did January first, then went back and used the Windows polish. 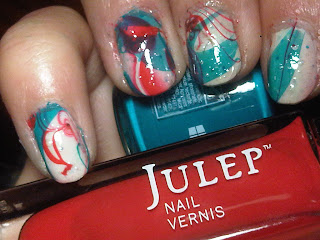 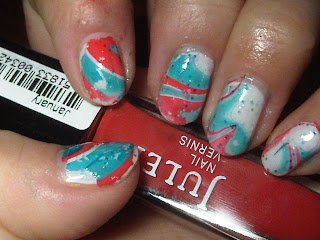 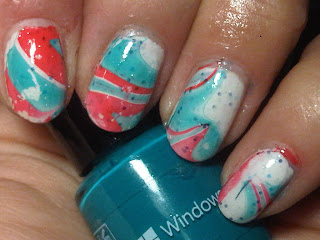 There was a tape mishap on my index finger but otherwise it's not THAT BAD for a first attempt right? And you kinda think of candy canes? Maybe? =D/D= Unfortunately I left my Seche at my boyfriend's house so this may not survive very long. It also bubbled. I think I wasn't fast enough with the dipping or the poking for a design. I'll remember that for next time.

(I realized later that it looks like toothpaste by the colours. OOPS xP)

Any tips for a rookie watermarbler?