This is a really nice restaurant, I gotta say. I got the large, which was MASSIVE. If you eat in, they give it to you in a bowl. My friend got the medium size, here's the picture of them side by side. 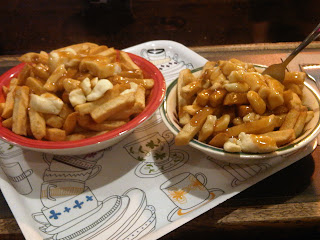 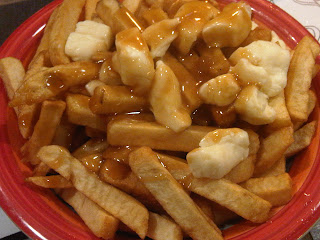 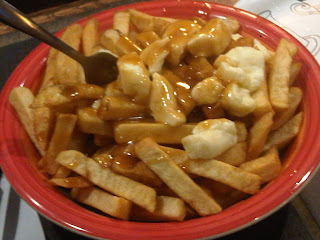 Okay, so the fries were light and fluffy which was great starting out, but means they got soggy quickly. The vegetarian gravy wasn't too bad, though a little weak compared to some very salty/fatty gravies I've had. The cheese is the best I've had so far. It was really freaking good, and in huge chunks. Oh migawd, the cheese. I don't know what else to say about this. It didn't have as strong a flavour as the other ones, but the fries and the cheese put it above Frenchies. Zako's Deli was much more flavourful though, so it's not going higher than that.

Have you tried this? How was it?